The International Weightlifting Federation (IWF) launched its Development Programme in 2009 with the aim of giving support to its national, continental and regional federations.

The main objectives of the programme are to organise, control and develop the sport on an international scale and to assist all federations in their activities.

Federations have the possibility to develop their organisational, coaching, training, educational and anti-doping activities or improve in any other areas they might feel need for, with the assistance of the IWF.

Federations that can make applications are those which have no outstanding debts with the IWF, have no valid sanction(s) in force and are compliant with the IWF Constitution, Technical and Competition Rules and IWF Anti-Doping Policy.

At the request of the Member Federations, the IWF issues Technical Official (TO) cards, Certificates of Duty and licences.

More information about the 2020 programme can be found here.

In November 2019, an IWF Technical Officials' Education Seminar was organised by the Uganda Weightlifting Federation under the auspices of the IWF Development Programme.

It took place at the Uganda Olympic Committee's headquarters in capital city Kampala.

Athletes, coaches, technical officials, administrators and managers from across the country were involved, with some there individually and some representing clubs.

He introduced the sport's new technical rules and regulations and the code of conduct, and showed educational and demonstration videos.

Some participants took their international technical officials exams before the group travelled to Busia, to the OlympAfrica centre, where the practical session of the course took place alongside the 40th National Championship and the third Champion of Champions.

While in Busia, the experts also ran the rule over young weightlifting talents who were training. 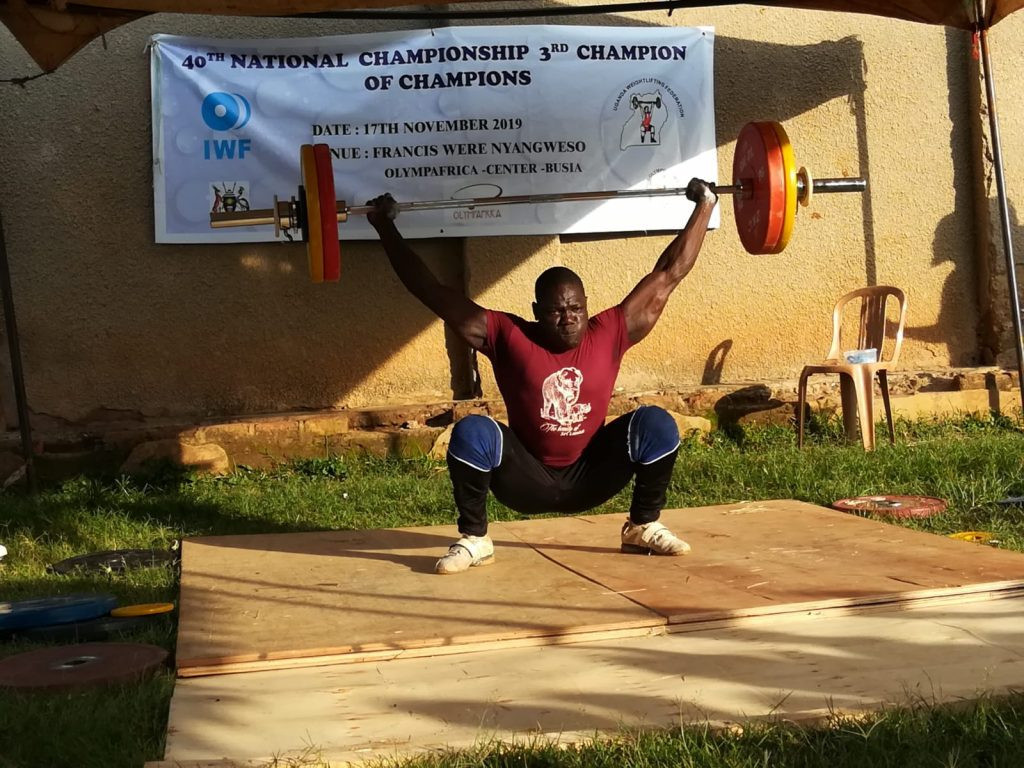 In December 2019, an IWF Coaching Symposium was held at the Chinese National Weightlifting Training Center in Beijing.

The aim of the two days was mainly to discuss how technology can contribute to weightlifting training and performance, and to have a look at the Chinese weightlifting system.

President of the Chinese Weightlifting Association, Zhou Jingiang, opened the symposium on behalf of the hosts.

He explained that there are several reasons why Chinese weightlifters are among the best, such as a young athlete cultivation system that starts from school-age children and runs through until they are top stars as a long-term sport development project.

Training philosophy and training methods passed down from generation to generation is another key point, Zhou said, while he added that there is an emphasis on anti-doping work.

Chinese experts gave presentations with emphasis on the first day on technology. This included showing two different methods of how to use technology to improve training - tracking the bar with a sensor and infrared camera and a mobile app. Other sessions took place on scientific research.

In the afternoon of the second day, after the presentations and discussions, participants had the possibility to visit the high-tech equipped facilities that support the Chinese weightlifting team and saw the big role which is played by science, technology, rehabilitation and prevention, not only on the training itself.

The participants' feedback was very good, and they agreed that the two days were useful. 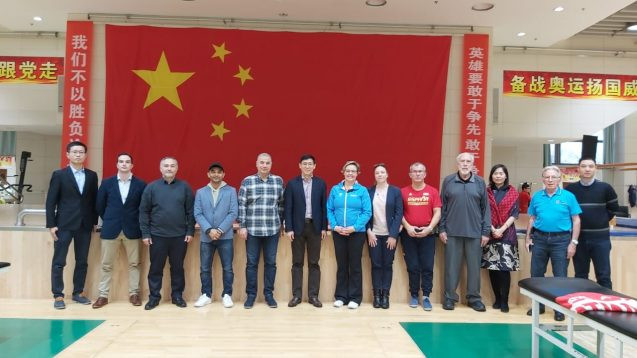 Events which were part of the Development Programme took place across Europe during 2019.

In Sarajevo, Bosnia and Herzegovina, a two-day seminar for coaches and referees was held which covered updates to the IWF rules, athlete recovery, strength and flexibility and women in weightlifting.

There were also practical lessons and some referees took exams.

In Albania, a five-day course took place with coaches from the country and Kosovo.

The participants took a 25-question exam, which was completed successfully by all 20 coaches.

In Antalya in Turkey, the Turkish Weightlifting Federation organised an Anti-Doping and Scientific Seminar.

Lecturers from various national universities gave information about traditional weightlifting training and strength and performance, while anti-doping was also covered. 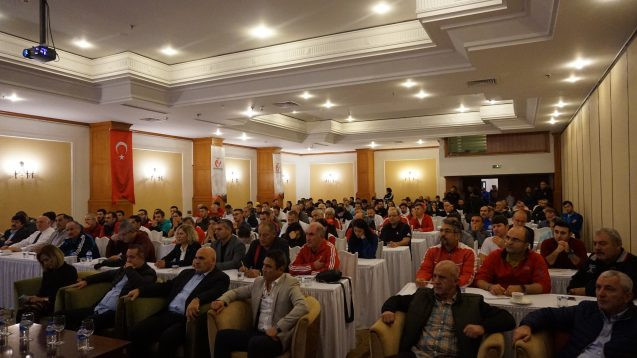 In December 2019, the IWF, in cooperation with Olympic Solidarity, held a coaching course in Tuvalu.

Erin Haff from Australia gave a three-day presentation for the Tuvalu Association of Sports and National Olympic Committee (TASNOC) and the Tuvalu Weightlifting Federation (TWF).

Participants heard several informative lectures and also had some practical lessons where they could acquire the proper weightlifting techniques.

The 16 participants carefully listened to the topics, practiced the right movements and, at the end, carried out written and physical assessments.

"The general scope and purpose of the Olympic Solidarity programme is excellent," said Haff.

"I was deeply honoured to represent the IWF and assist with this programme in the country of Tuvalu.

"There were many participants who were keen to develop and strengthen a national sports programme there." 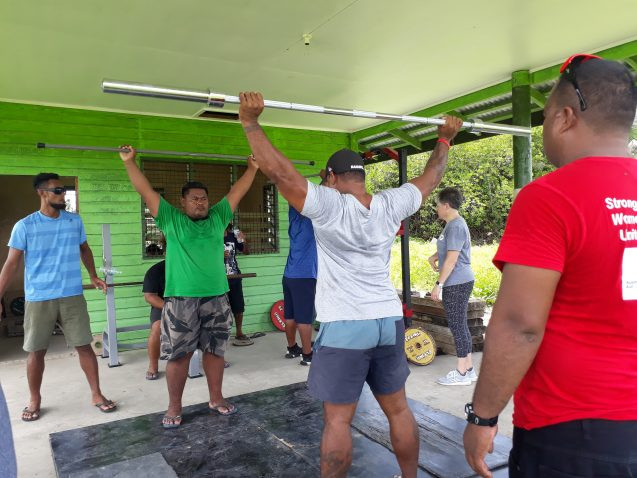 In October 2018, the Peruvian Weightlifting Federation (PWF) organised a training camp in Lima for athletes aged 17 and below, under the auspices of the South American Weightlifting Confederation (SAWC), the IWF and the International Olympic Committee (IOC).

Athletes from 10 countries in Pan America were able to train with their coaches for 15 days in the sports complex of Peru’s National Sports Village.

All the costs were paid through resources granted by the SAWC, IWF and IOC.

Thirty athletes and their coaches had the opportunity to train four hours a day while housed in double rooms.

Seminars were also conducted for them on anti-doping, the Olympic Movement and the Summer Youth Olympic Games (YOG).

William Peña, President of the Colombian Weightlifting Federation, expressed his gratitude to the IWF, PWF and SAWC for the training camp in helping athletes improve their performance.

Rosalio Alvarado, President of the Mexican Weightlifting Federation, added that these type of activities not only enhance techniques, but also strengthen the Olympic spirit of young athletes. 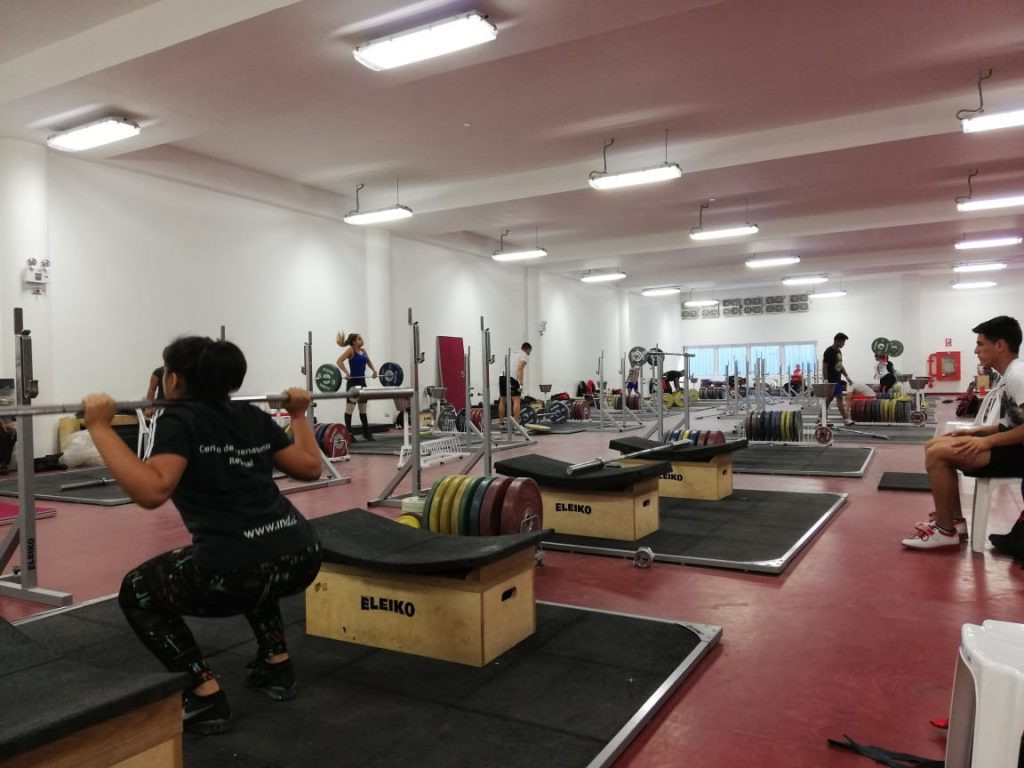