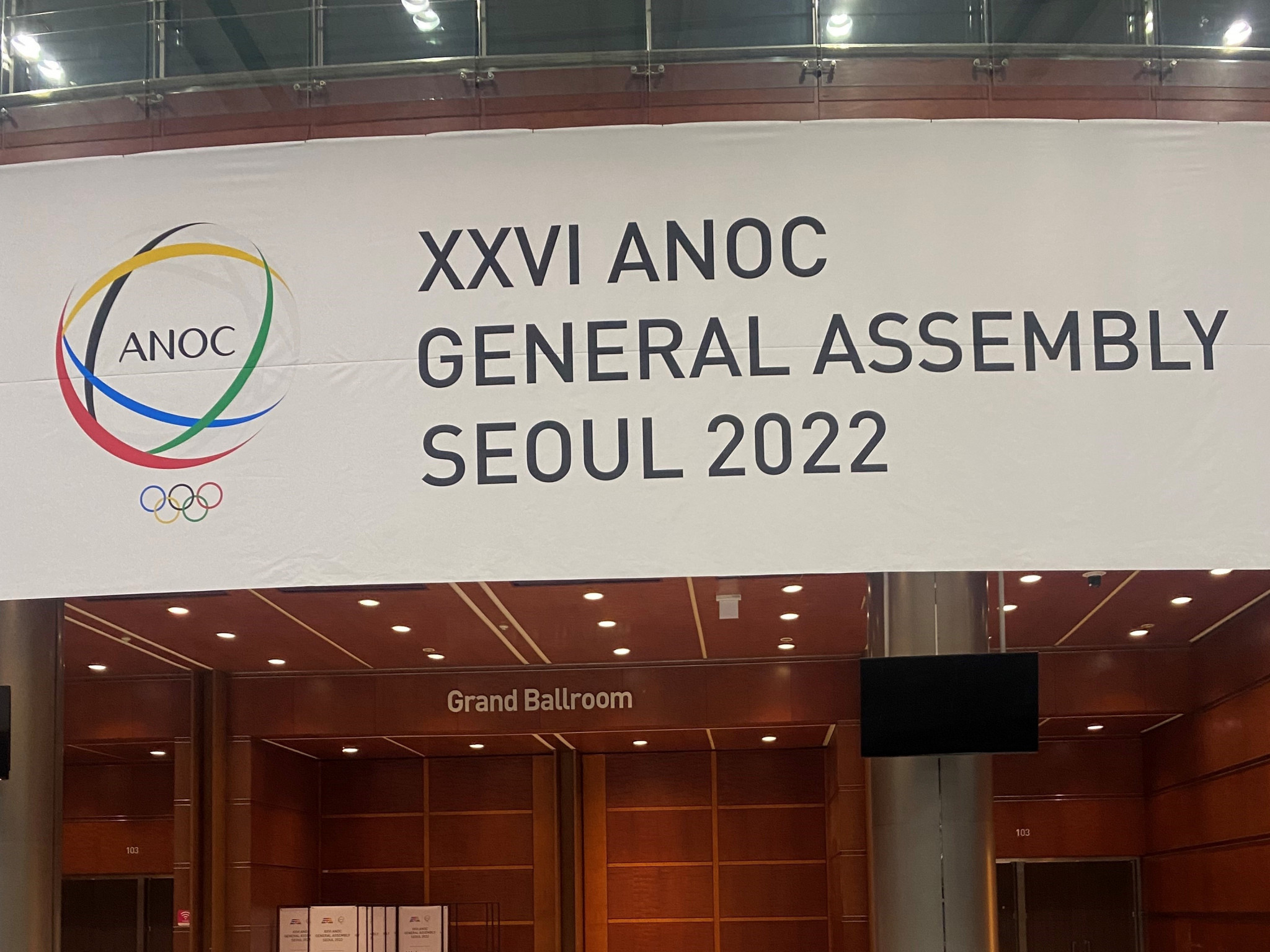 Russia and Belarus are among the 204 NOCs recognised by the International Olympic Committee (IOC) permitted to attend the General Assembly.

However, its presence has prompted a mixed reaction across Europe, and several countries in the north of the continent have reiterated their opposition to Russian and Belarusian inclusion in sport amid the ongoing war in Ukraine.

The LOK went furthest in publishing a statement declaring that it "has decided not to participate in the ANOC General Assembly if representatives of Russia or Belarus will participate in it".

Its President Žoržs Tikmer condemned Russia's ongoing war in Ukraine, and called for sport to take a strong stance in response.

"We adhere to this joint state-unified position, which clearly and unequivocally defines the attitude towards Russia's military aggression in Ukraine and the brutal events right here in the neighbourhood."

The IOC has recommended that Russian and Belarusian athletes and officials are excluded from international competitions in response to the war in Ukraine,

However, the ROC and National Olympic Committee of the Republic of Belarus (NOCRB) have avoided direct sanctions, and the IOC has not issued any recommendations against elected officials from both countries.

In a letter addressed to ANOC Acting President Robin Mitchell, the LOK is joined by the NOCs of Denmark, Estonia, Finland, Iceland, Lithuania, Poland, Norway and Sweden in arguing that the invasion of Ukraine "has created an extraordinary dangerous situation with possible global impacts".

The NOCs have urged the ANOC Executive Council to reconsider the involvement of Russia and Belarus at the General Assembly.

"We truly believe in the international unifying mission of sport, and we believe that sport can - and should - play a role to foster dialogue in areas of conflict," the letter reads.

"Solidarity with the Ukrainian people and with Ukrainian sports must continue to be our number one priority."

Denmark, Estonia, Norway and Sweden were among the countries who criticised the decision to allow Russian and Belarusian participation when European NOCs were approached by insidethegames.

Nordic NOCs had argued last month that the return to inclusion in international sport of Russia and Belarus would be "unacceptable".

However, the LOK's stance offers the first sign of a potential boycott in response.

insidethegames has contacted ANOC, the ROC and NOCRB for a response.

The NOC of Ukraine has issued its first public stance on the ANOC General Assembly, revealing that it sent a letter to the organisation on Thursday (October 13) last week urging it "to comply with the recommendations of the Executive Committee of the International Olympic Committee on the suspension of Russian and Belarusian sports officials and athletes".

It praised the European Olympic Committees (EOC) for its decision to support "the September decision of the IOC Executive Committee to continue the recommendations on the suspension of Russians and Belarusians".

Sports organisations have taken varying approaches to the presence of Russia and Belarus.

The EOC took an "exceptional, one-off protective measure" to block the participation of both NOCs at its General Assembly in Skopje in June, although both were permitted to attend its Seminar last month remotely, with the NOCRB accepting but the ROC declining the invitation.

However, several International Federations have allowed Russia and Belarus to participate at their Congresses and General Assemblies.

At least six National Federations are planning to boycott the International Gymnastics Federation's Congress in Istanbul in response to the decision to allow Russia and Belarus to take part, with the event already moved from Norway to enable the participation of both countries.

ANOC had expected 204 NOCs to be present, mostly in-person, with only Guatemala and North Korea missing out due to their suspensions by the IOC.

The status of Russian and Belarusian athletes in international sport is growing in significance as some sports have started qualification for the Paris 2024 Olympics and Paralympics.