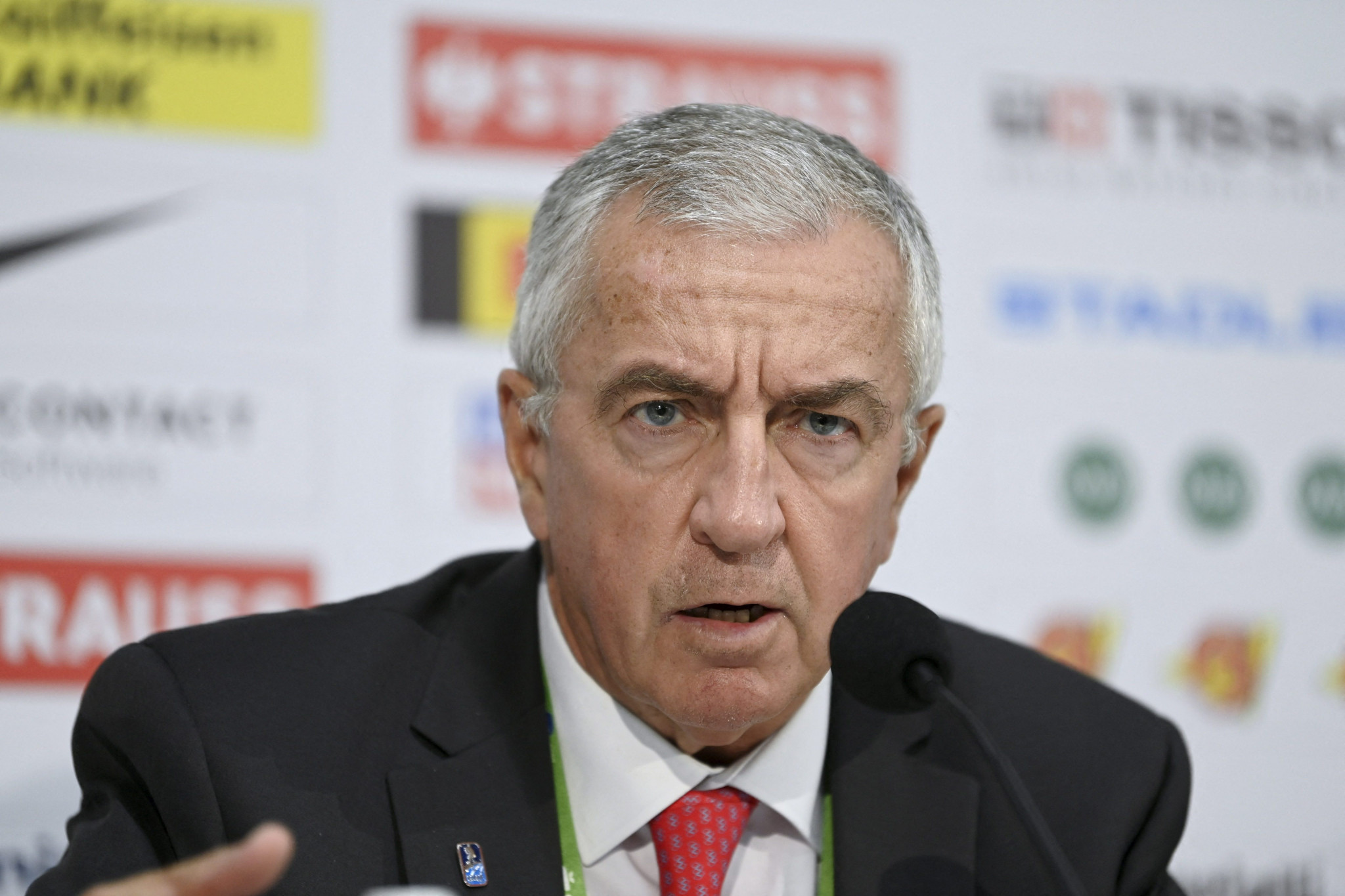 International Ice Hockey Federation (IIHF) President Luc Tardif has claimed that "everyone" wants Russia and Belarus to return to the World Championships.

Speaking to Russia's official state news agency TASS, Tardiff addressed the possibility of both teams coming back into competition following their suspension in response to the war in Ukraine.

His comments come after 98 of the 119 delegates voted in favour of a mechanism that could see Russia and Belarus return to the top division of the World Championships should sanctions be lifted.

"We voted for the process of possible integration of these teams," Tardif told TASS.

"We explained this to the countries before the elections, and for the moment it does not matter when this return occurs.

"We had to find out what the process would be, which way to go, and that everyone before the World [Championships] knew about the system of relegation from the top division and arrival there."

Russia and Belarus have banned by the IIHF since the end of February due to the invasion of Ukraine, with Saint Petersburg stripped of next year's men's World Championship

A decision on whether the two countries should return international competition is expected to be made when the IIHF stages its Annual Congress in May next year.

"Our main point here is how it is possible to reintegrate both teams within such a safe path," said Tardif.

"It always raises questions, and trust me, I watch the news every day.

"Once the fighting is over, it will be much easier to do so.

"But, judging by what is happening at the moment, we are forced to realise that we cannot yet organize competitions in Russia and Belarus due to security problems."

Tardiff stressed that there was "no aggression" towards Russia with the IIHF Council and added the Russian players and coaches could be admitted into the IIHF Hall of Fame despite their suspension.

"I am doing my job so that there are no problems in terms of safety for the players, organisers, team members, fans," added Tardif.

"I think that I fully explained my decision, and I repeat that everyone wants the return of Russia and Belarus to the programme of the World Championships."

Belarusian Ice Hockey Association President Aliaksandr Bahdanovich said he had been boosted by the decision made by the IIHF Semi-Annual Congress.

"It is gratifying that the IIHF has finally voiced a clear position on our national teams and the mechanism for their return to the World Championships programme," Bahdanovich told Belarusian state-news agency BelTA.

"As we can see from the voting results, other federations support our return.

"Therefore, our teams will continue their training to approach our reintegration in good shape, because the performance of all our teams in the top division of the World Championships is extremely important not only for the current athletes but also for the prospects of hockey development in Belarus."

Tardiff’s predecessor René Fasel, an International Olympic committee honorary member, is under investigation by the IIHF Ethics Board over reportedly taking up a lucrative consultancy role with the Russian-funded Kontinental Hockey League, as well as public statements about the invasion of Ukraine.