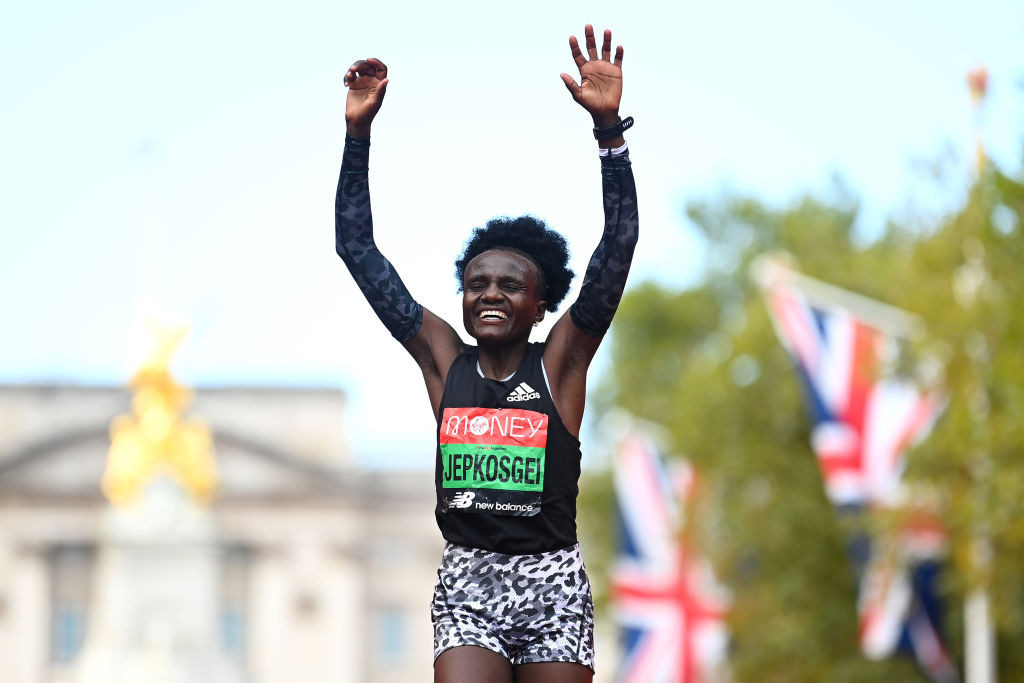 Such is the strength in depth of the field for tomorrow’s 42nd London Marathon - sponsored for the first time by TCS - that the races retain compelling elements of uncertainty despite a spate of recent withdrawals.

But Ethiopia's Sisay Lemma and Joyciline Jepkosgei of Kenya will defend their respective men's and women's titles, with the latter set on bettering the personal best of 2hours 17min 43sec, the fastest recorded last year.

And victory for either is far from certain.

Switzerland's Paralympic and defending champion Marcel Hug will seeks to maintain his almighty form against 43-year-old home racer David Weir, who is seeking a record ninth title, and Australia's Paralympic and Commonwealth champion Madison de Rozario returns for the first time since her 2018 win to face a field that includes 2021 champion Manuela Schär of Switzerland.

Such is the overwhelming form of Hug, who set a course record at last year's London Marathon, that it is hard to see him losing unless something goes awry, although Weir - the people’s choice - will receive huge support as he seeks to put behind him the frustrating memory of the Birmingham 2022 Commonwealth Games, where he got a puncture after appearing to have set himself up for gold.

"That was probably my last chance of winning another gold for my country," he said mournfully on Wednesday.

But he has learned from that freak experience - he will be carrying a spare tyre tomorrow.

The women's race looks as if it will go to the rising force of De Rozario, especially as Schär has reflected ruefully this week on the difficulties she has had to overcome in the space of the past year, in contrast to her compatriot Hug.

That said, it will be fascinating to see the impact on the women's wheelchair race of another up-and-coming talent, Switzerland's Catherine Debrunner, who set four world track records in four races on her home track in Nottwil in May and won the women's race in Berlin last Sunday on her marathon debut.

Jepkosgei appeared confident in her press appearance earlier this week, but she does not go into the race as the fastest on paper - that distinction is held by 22-year-old Ethiopian Yalemzerf Yehualaw, who ran the fastest debut marathon in history by winning April’s Hamburg race in 2:17.23.

Yehualaw will be eager to emulate her compatriot Tigist Assefa, who won at last weekend's Berlin Marathon in 2:15.37, the third fastest time ever behind Kosgei's 2:14.04 and the former world record of 2:15.25 set by Britain's Paula Radcliffe in 2003.

Also in the frame will be another hugely talented Ethiopian, the 2019 Berlin champion Ashete Bekere, and Kenya's world silver medallist Judith Korir, who switched roles from pacing to running following Kosgei's withdrawal and says she is "psychologically ready" to run the full distance.

The men's race will be equally hard to predict as Lemma seeks to win again against a field that includes Belgium's Olympic and world bronze medallist Bashir Abdi, who is very happy with his form having prepared well in Font Romeu with his training partner, fellow Somali-born Farah, and now targeting a first major city marathon win.