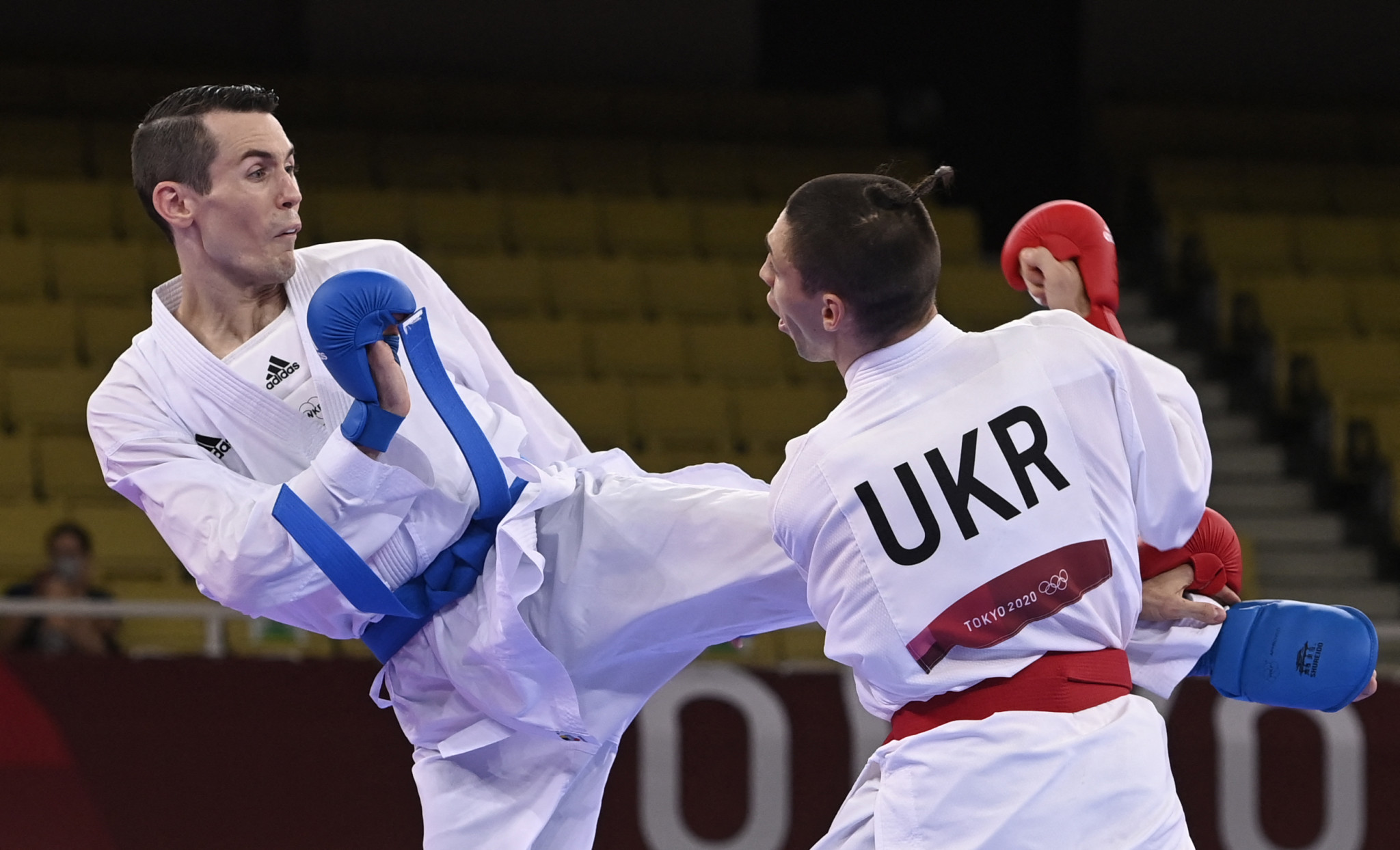 Ukrainian athlete Stanislav Horuna is auctioning off the karate-gi he wore when winning an Olympic bronze medal to raise funds for the country's military.

Horuna plans to use the proceeds to buy a vehicle for a unit fighting against Russia in the ongoing war.

The item of clothing contains "a little blood of my opponents here, and it also has all the emotions I experienced in Tokyo", Horuna wrote.

Now 33, Horuna won a silver medal at this year's World Games and is also a European and European Games champion.

This is not the first time Horuna has sold a precious piece of memorabilia to raise funds in support of Ukraine's efforts to repel the Russian invasion.

A Japanese national won that auction and has since contacted Horuna to say they plan to return the bronze when the war is over.

The World Karate Federation (WKF) is among the global governing bodies to have banned competitors from Russia and Belarus outright because of the war in Ukraine.

At least 5,327 civilians have been killed in Ukraine since Russia launched a full-scale invasion on February 24, according to the Untied Nations, which fears the true figure is far higher.

In excess of 10 million refugees have fled the country and the combined military death toll is estimated to exceed 20,000.