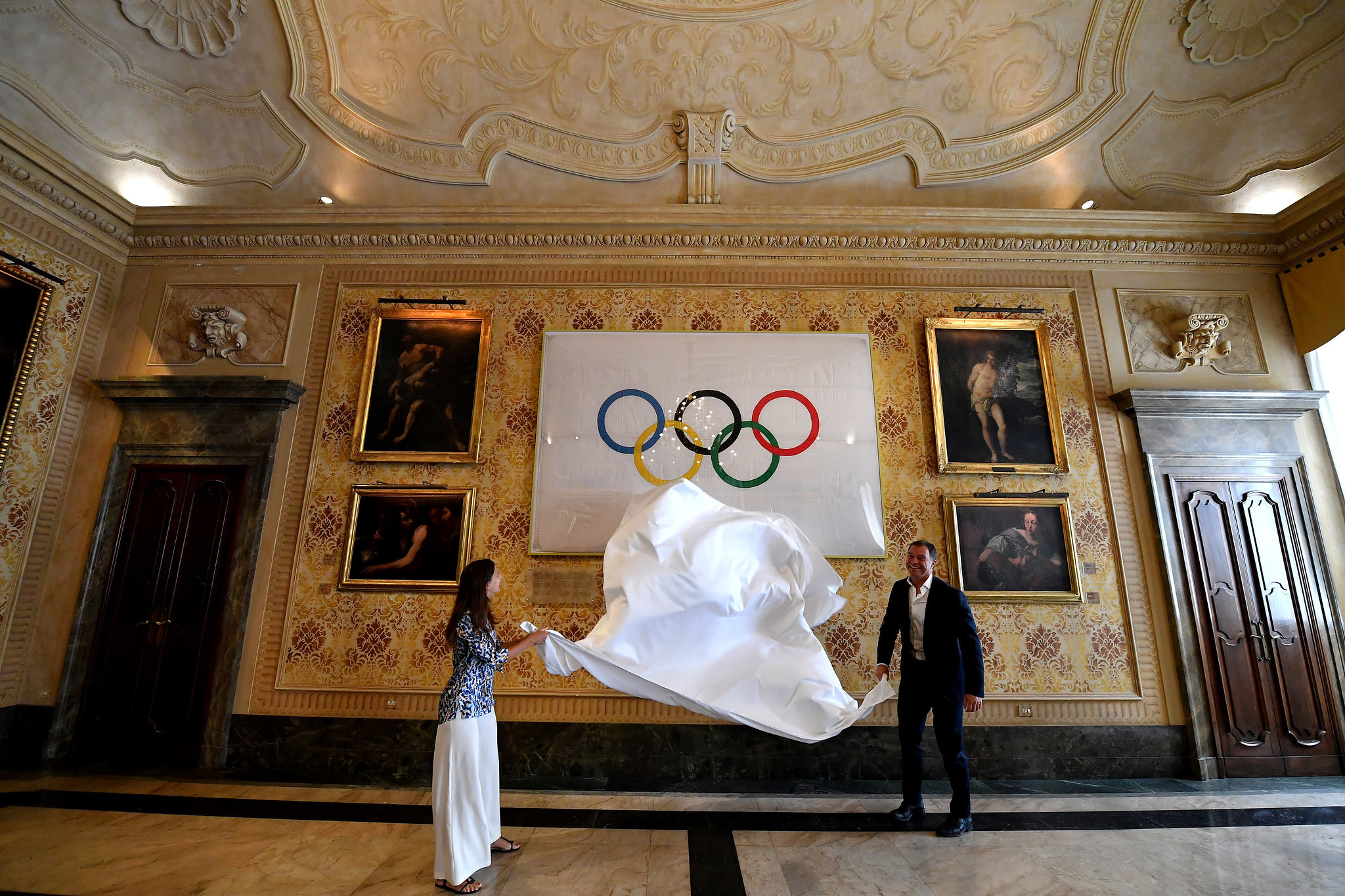 The Olympic and Paralympic flags have been put on display at the Palazzo Marino, a landmark palace building in Milan.

Milan is one of the two main hubs set to stage the Winter Olympic and Paralympic Games in 2026, the other being 1956 host Cortina d'Ampezzo.

The flags were ceremonially handed over earlier in the year after the Closing Ceremonies at Beijing 2022, and are set to remain in the Clock Room at the Palazzo Marino until the end of Milan Cortina 2026.

They can be viewed on guided tours of the building, which dates back to the 16th century and has served as Milan's City Hall since September 1861.

Milan's Councillor for Sport, Tourism and Youth Policies Martina Riva and Antonio Rossi, the Lombardy Region's Undersecretary to the Presidency with responsibility for Sport, the 2026 Olympics and Major Events, unveiled the flags.

Riva stressed the importance of staging the multi-sport event for Milan.

"It is exciting to see the flags of the Olympic and Paralympic Games displayed in Palazzo Marino," she said.

"The universal values of respect and inclusion that the circles and agitos represent will guide and spur on the path that will lead us to the 2026 Winter Olympics: Milan is there and will do its best to honour the important task of organising this extraordinary international event."

Rossi highlighted the potential economic boost of hosting the Games to the Lombardy region.

"The flags represent the concrete commitment of what hosting the Milan Cortina 2026 Winter Olympic Games will mean," he commented.

"The five circles and the agitos symbolise the union of athletes from all over the world through sport that becomes an instrument to create a more inclusive and peaceful [world].

"The Olympic Games represent an important opportunity for the tourist and economic enhancement of our territory and of the whole country.

"In addition, they will help to project Lombardy into the future, improving the quality of life of its inhabitants and assigning it a leadership role in Italy and in Europe."

The Organising Committee aims to finalise a "masterplan" by the end of 2022, but major concern over funding was been raised by local politicians last month, who requested a meeting with Italian Prime Minister Mario Draghi to discuss these worries.