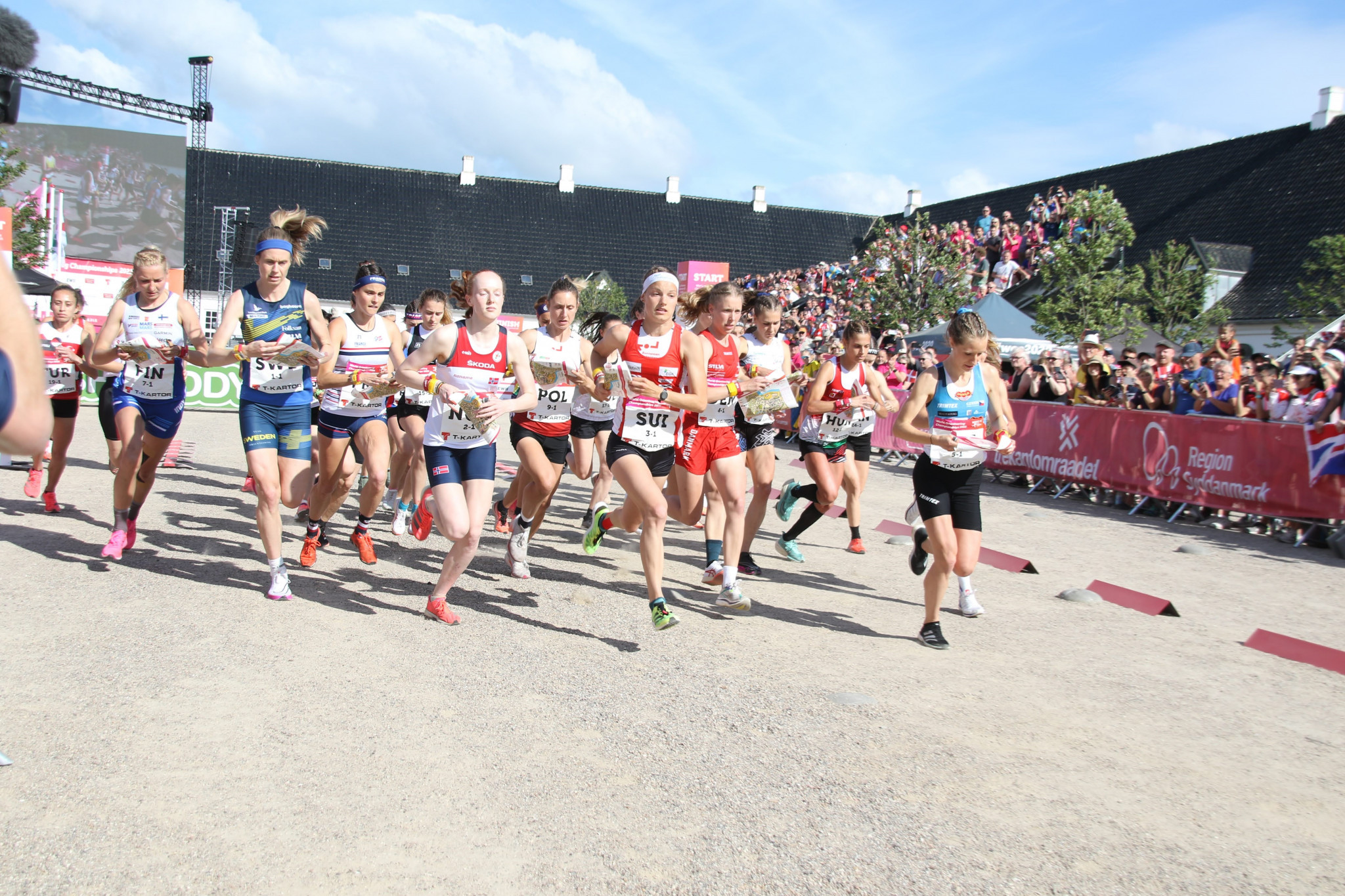 The IOF’s annual flagship tournament is usually held in forests, but this year’s competition will solely take place in city centres here in the Triangle Region of Denmark with athletes tackling three sprint disciplines.

Action got underway yesterday with orienteering teams navigating the picturesque city of Kolding in an absorbing sprint relay.

Further races are planned to be held in Fredericia and Vejle this week as Denmark stages the first-ever sprint-focused World Championships.

Edinburgh in Scotland and Genoa in Italy are set to hold the next two editions in 2024 and 2026 respectively, but Haldna insists the IOF has a "very strong ambition" to take the World Championships outside of Europe.

"We are targeting Australia and Asian countries," Haldna told insidethegames.

"In some parts of the world access to the forest is dangerous or even central European countries have limited access.

"Sprint is a different proposal.

"You don’t need to have a forest.

"You can have cities anywhere."

Forest orienteering, featuring middle, long and relay races, is set to return to the World Championships next year when Flims-Laax in Switzerland plays host.

Haldna said orienteering had been proposed as a possible sport for the Paris 2024 Olympics only for the IOF’s bid to be rejected in 2019.

The IOF President stressed that securing a place at the Games was "not high up in our agenda" and insisted "we are strong enough without the Olympics."

But Haldna reckoned the sprint orienteering disciplines had the potential to become a future Olympic sport.

"There are very few sports that can present the beauty of the host city," said Haldna.

"Maybe marathon and cycling but in our case we can put control points at each monument to show the beauty of the city.

"From a TV point of view, this is good because the rest of the sports use standard indoor or outdoor arenas.

"Our arena is part of the city and we proposed to be in the centre of Paris."

Denmark was scheduled to play host to the World Orienteering Championships in 2020 only for the COVID-19 pandemic to force it to be moved to 2022.

More than 300 athletes from 42 nations are competing in the Triangle Region.

Dorthe Rosenvinge, events director for this year’s tournament, said she expects an "intense" three days of action and is looking forward to showcasing the Danish cities.

After the opening day in Kolding, Frederica is set to hold the knockout sprint tomorrow, followed by Veijle staging the individual sprint on Thursday (June 30).

"This is the first time ever that we have had three disciplines taking place in the very midst of three different cities, making it very different from what we have done before," Rosenvinge told insidethegames.

"We have to have extreme focus on guarding and making sure that we have no accidents with the runners when they go around the corners.

"On the other hand, we want to have as many people in the cities as possible because we want to show the sport to people.

"Normally, we are just somewhere far away in the forest and the only people that find their way out there are people that already know the sport.

"If we want to get in touch with new people this is the good way to go.

"We can’t do without the forest.

"It is still an audience that is very fond with nature and getting out to the wilderness.

"But this is a way to get close to people and it’s very intense.

"That alone is a whole different sport as it is a new and very interesting element."