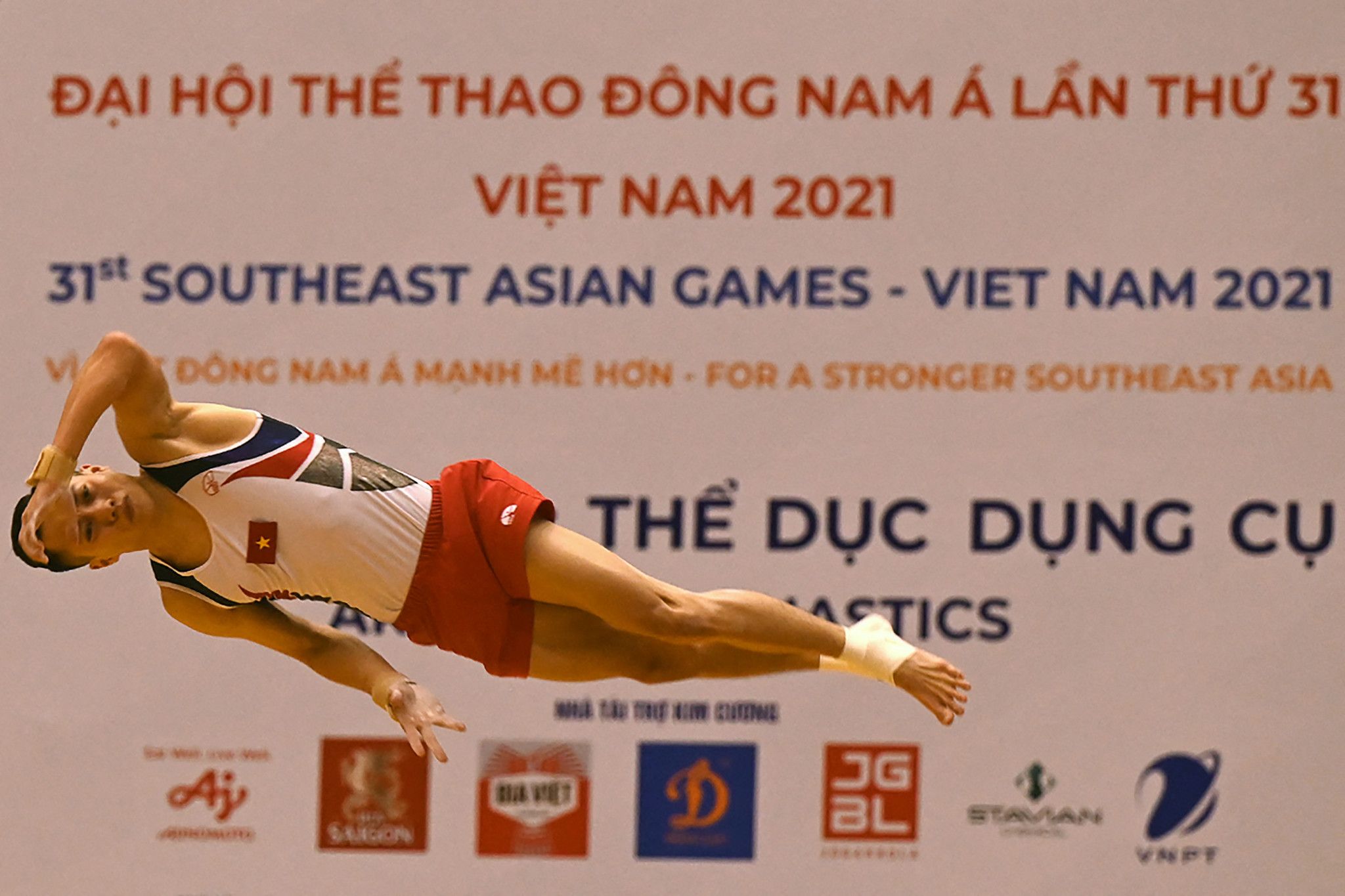 The local gymnast was seeking to add to Vietnam’s men’s team gold medal at the Quần Ngựa Sports Palace in Hanoi.

Individual success was secured with a score of 14.400 points, with Malaysia’s Fu Jie Tan and Muhammed Sharulaimy completing the podium on 14.200 and 12.500 respectively.

The Philippines’ Carlos Yulo finished sixth in the final, but added to his individual all-around title with triumphs in the rings and floor events.

Yulo’s third gold of the Games was achieved in the rings event with a score of 14.400, ending clear of Vietnam's Nguyen Van Khanh Phong and Le Thanh Tung.

The Philippines’ Aleah Finnegan triumphed in the women’s vault event, as the former United States’ gymnast scored 13.133 to end ahead of Vietnam’s Thi Quynh Nhu Nguyen and Indonesia's Rifda Irfanaluthfi.

A three-hole playoff was required in the men’s event after a late surge from Ervin Chang saw the Malaysian end level with Indonesia’s Amadeus Christian Susanto on seven-under-par.

Chang became Malaysia’s maiden Southeast Asian Games individual golf champion with a birdie on the third hole, which Susanto was unable to match.

The women’s title was earned by Natthakritta Vongtaveelap of Thailand, who triumphed in dominant fashion.

Hosts Vietnam are top of the medals table after three days of competition at the Games, with 65 gold, 46 silver and 41 bronze.

Thailand are second in the standings with 24 gold, 23 silver and 41 bronze, with the Philippines in third on 20 gold, 26 silver and 36 bronze.

Vietnam is hosting the Games for the second time.

The Games was initially scheduled to take place in 2021, but was delayed to 2022 due to the COVID-19 pandemic.