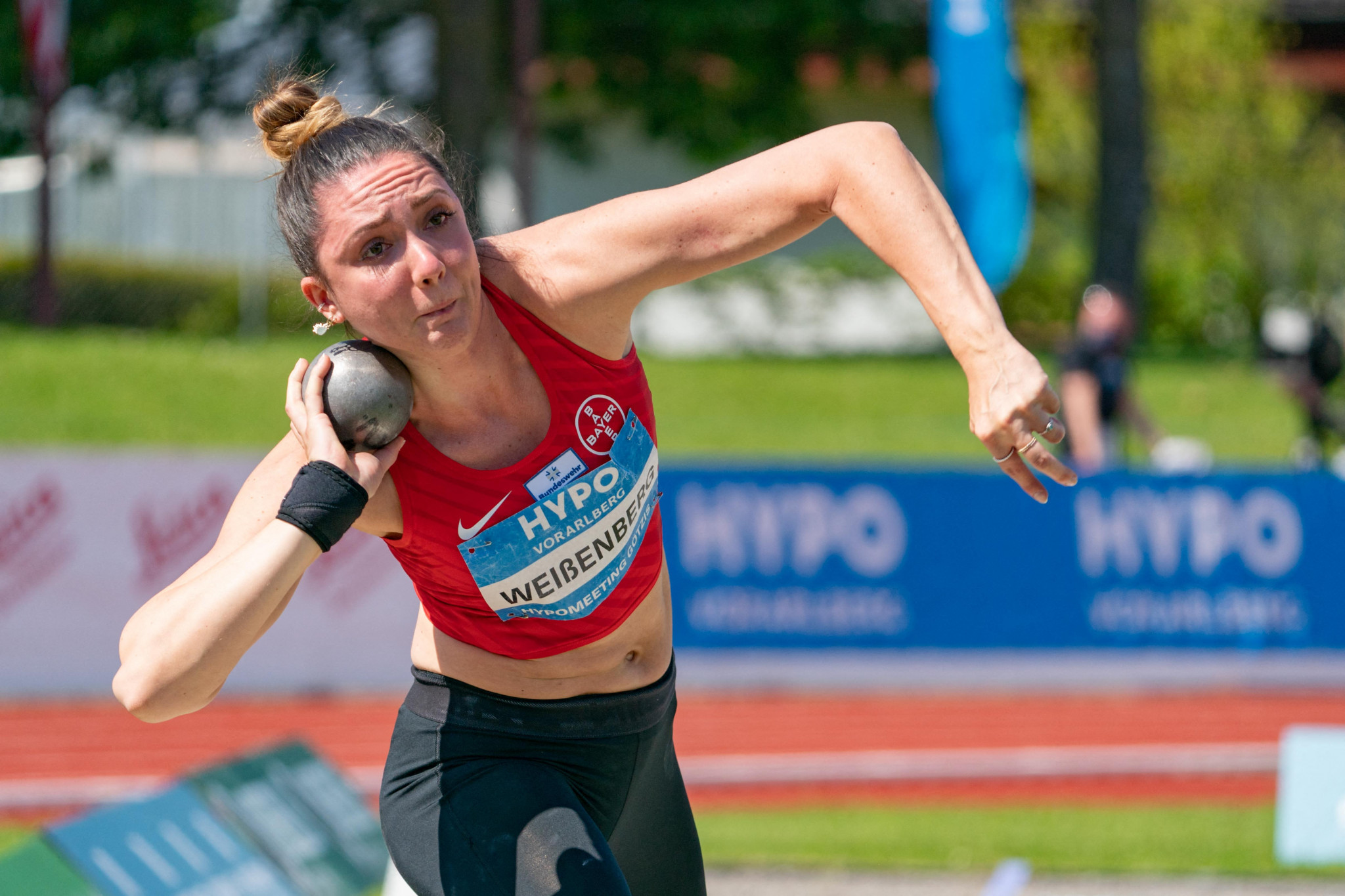 Switzerland's Simon Ehammer and Germany’s Sophie Weissenberg lead at the halfway stage of the Ratingen Mehrkampf-Meeting, a Gold event on the World Athletics Combined Events Tour.

Home favourite Weissenberg began her day at the Stadion Ratingen as the top performer in the women's 200 metres with a time of 24.03sec, and followed it up by placing third in her group with a time of 13.78 in the 100m hurdles, second in the high jump by reaching the 1.77 metres mark and fourth in the shot put with a throw of 13.81m.

She has 3,696 points after the first day of competition, closely followed by another German heptathlete Carolin Schäfer, a silver medallist at the 2017 World Championships competing at her first heptathlon event since Tokyo 2020.

Schäfer won her hurdles heat, placed second in the 200m and shot put, and was fifth in the high jump, helping her to finish with 3,643.

In the decathlon, Ehammer holds a lead of 263 points over Germany's Nico Beckers after the first day of competition.

Ehammer was second in his high jump group after clearing 2.04 metres, then was the top performer in the long jump by 0.95m with a superb 8.30m.

His day was completed with a third-place finish in his shot put group with a throw of 14.68m.

Ehammer finished the day with 4,583 points, followed by a cluster of five German athletes led by Beckers on 4,320.

Marcel Meyer is third on 4,111, just nine points ahead of Tim Nowak, 31 clear of Malik Diakite and 40 in front of Nils Laserich.

The meeting is due to conclude tomorrow.