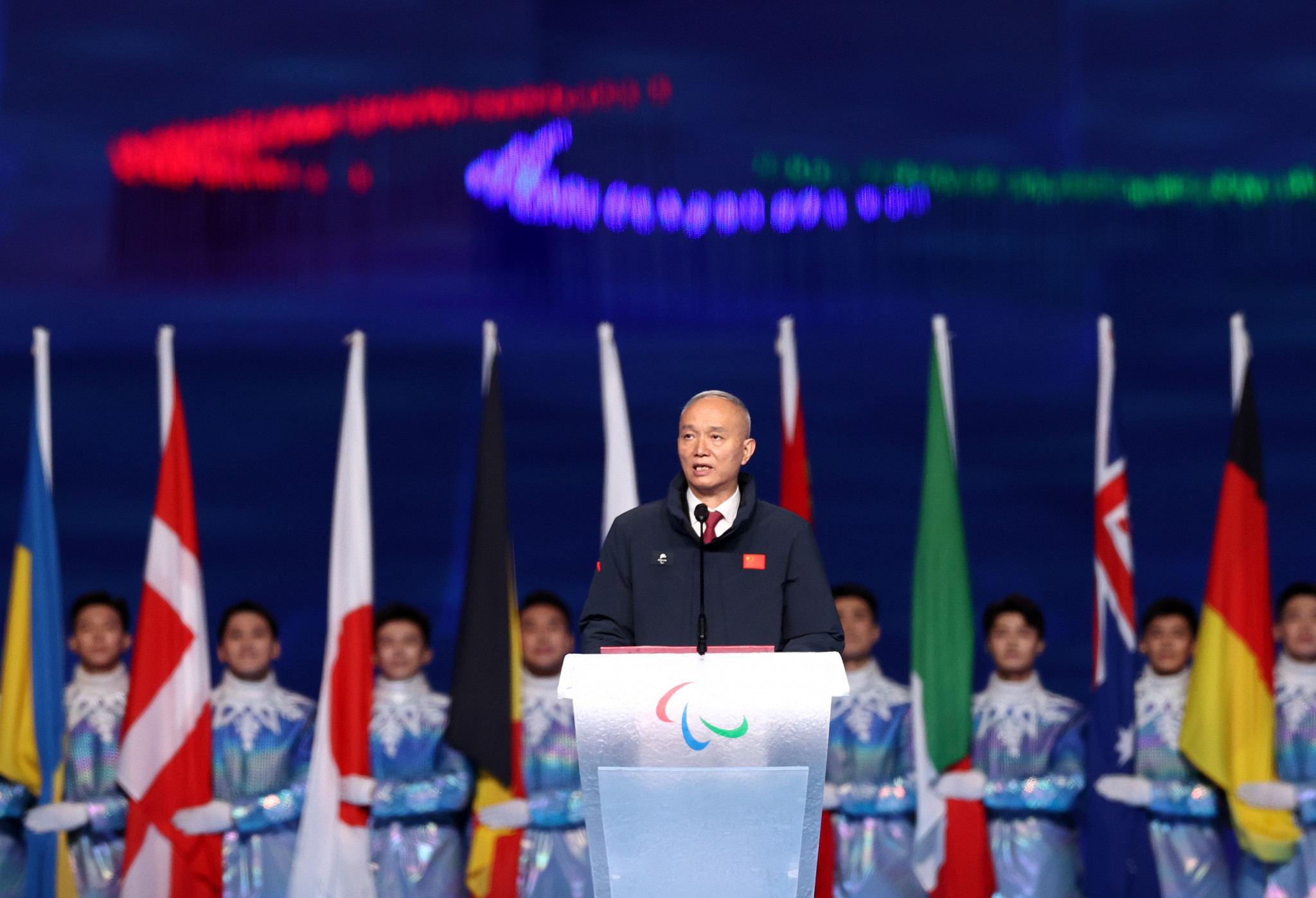 Beijing 2022 President Cai Qi, Chinese vice-premier Sun Chunlan and Mayor of Beijing Chen Jining are among eight high-ranking officials connected with the organisation of the Winter Paralympics who have been recognised by the International Paralympic Committee (IPC).

The Paralympic Games Appreciation Token is set to be presented to representatives from the Beijing 2022 Organising Committee that staged the Games from March 4 to 13.

The IPC said the decision to reward the officials was in recognition of their "excellent efforts in delivering a successful, safe and secure" Winter Paralympics which held against the backdrop of the COVID-19 pandemic.

Cai led the Organising Committee for both the Winter Olympics and Paralympics in the Chinese capital as Beijing 2022 implemented a strict "closed-loop management system" that separated Games participants from the general public to mitigate the spread of coronavirus.

He has been recognised by the IPC along with three Executive Presidents of the Organising Committee including Mayor of Beijing Chen, Governor of Hebei Wang Zhengpu and China Disabled Persons' Federation President Zhang Haidi.

Chinese vice-premier Sun has also been named as one of the recipients of the Paralympic Games Appreciation Token.

IPC President Andrew Parsons praised the Organising Committee, the city of Beijing, the Chinese Government and the National Paralympic Committee of China for delivering a "stunning" Games last month.

"I was here in 2008 when China set the standard for the delivery of the summer Paralympic Games," said Parsons.

"I am now witness in 2022 to another superbly organised Games, and one that sets a very high bar for the Milano Cortina 2026 Paralympic Winter Games.

"Across the board we have had fantastic feedback from the athletes, NPCs, International Federations and media for the standard of the Games.

"From the stunning venues to the wonderfully enthusiastic volunteers, from the excellent quality of the Paralympic Villages to the extremely effective COVID-19 countermeasures, what the Organising Committee has done has been a credit to the People’s Republic of China.

"Importantly these Games have built a legacy for inclusion, and we trust that the 85 million persons with disabilities in China will continue to benefit from Beijing 2022."

The IPC said the Beijing 2022 International Relations Department will arrange for the awards to be presented to the officials "given that some of the recipients are outside of the closed loop".

Hosts China, who had achieved just one Paralympic medal prior to Beijing 2022, topped the standings with 61 medals including 18 golds, 20 silvers and 23 bronzes.