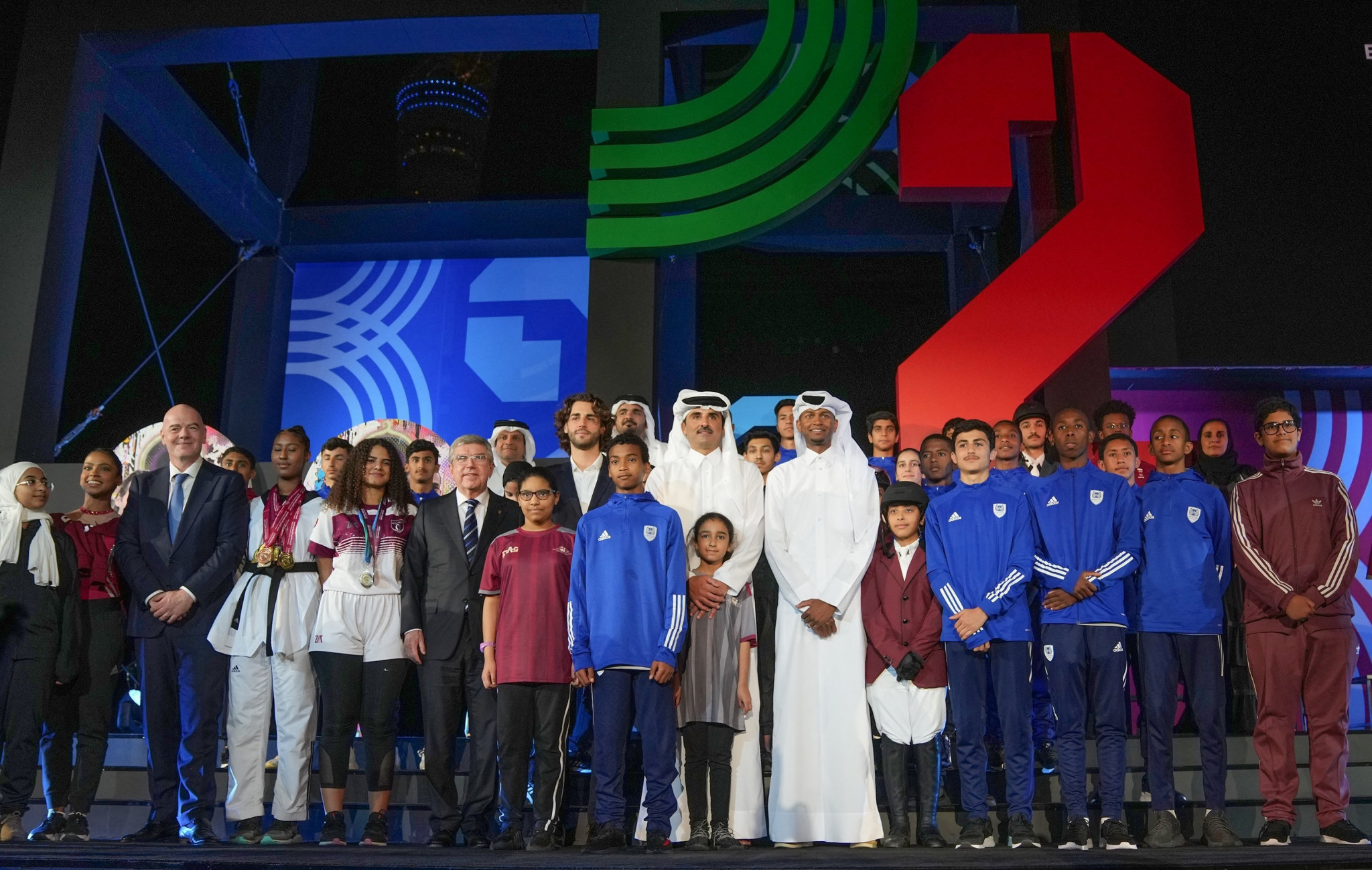 International Olympic Committee President Thomas Bach and his FIFA counterpart Gianni Infantino were among 400 guests that attended the opening ceremony of the 3-2-1 Qatar Olympic and Sports Museum.

Bach and Infantino joined members of the ruling Al Thani family, including Emir of Qatar Sheikh Tamim bin Hamad Al Thani, at the inauguration at the Khalifa International Stadium in Doha.

Sheikha Al Mayassa bint Hamad bin Khalifa Al Thani, chairperson of Qatar Museums, delivered a speech at the ceremony, where she claimed that the country's "Olympic dream is closer now than ever" as it prepares to stage this year's FIFA World Cup.

"Fifty years ago, the Father Emir envisaged that one day Qatar would host the Olympic Games and the FIFA World Cup," said Al Mayassa.

"And now in 2022 we witness the dream come true with Qatar hosting the FIFA World Cup and I believe that the Olympic dream is closer than ever."

When you dream, dream big! Our first dream is becoming a reality with the hosting of FIFA World Cup... And we believe that realizing our Olympic dream is closer than ever! @ANOC_Olympic @FIFAWorldCup 💪🇶🇦 pic.twitter.com/WAkEpkvAJC

The ceremony featured performances by the Qatari Philharmonic Orchestra and a children’s choir comprised of children from the Aspire Zone Foundation and local sports federations.

"This is the very first museum in the Middle East dedicated to achievement in sports, to exploring the profound role of sports in society and in our personal lives, and is the only Arab institution to join the international Olympic Museums Network," said Al-Mayassa.

"In doing so, we demonstrate Qatar’s commitment to the ideals of the modern Olympic Movement, which recognizes the potential for athletic competition to lift the spirit, foster cooperation among people, and encourage a healthy and productive way of life."

The 3-2-1 Qatar Olympic and Sports Museum is situated next to the Khalifa International Stadium that is set to stage FIFA World Cup matches.

It is also a member of the Olympic Museum Network, which unites 22 Olympic museums worldwide.

The Museum, designed by Barcelona-based architect Joan Sibina, covers 19,000 square metres and is comprised of two buildings with one inspired by the Olympic rings.

Among the sporting artefacts displayed are Muhammad Ali’s boxing gloves, Steffi Graf’s tennis racket and the Formula 1 Ferrari that Michael Schumacher drove in 2000.

There are seven gallery spaces within the museum including one dedicated to the modern Olympics that features Torches from every Winter and Summer Games since Berlin 1936 and another which celebrates 90 sporting heroes.

The "World of Emotion", "A Global History of Sport", "Olympics", "The Hall of Athletes", "Qatar - Hosting Nation", "Qatar Sports" and "Activation Zone" are the names of the exhibitions, with the latter located on the seventh floor.

"In recent years, Qatar has cemented its role as a major international sporting hub and the unveiling of 3-2-1 Qatar Olympic and Sports Museum is an incredibly proud and accomplished moment for us at Qatar Museums," said Sheikh Mohammed bin Abdullah bin Mohammed bin Ali Al Thani, head of the 3-2-1 Qatar Olympic and Sports Museum.