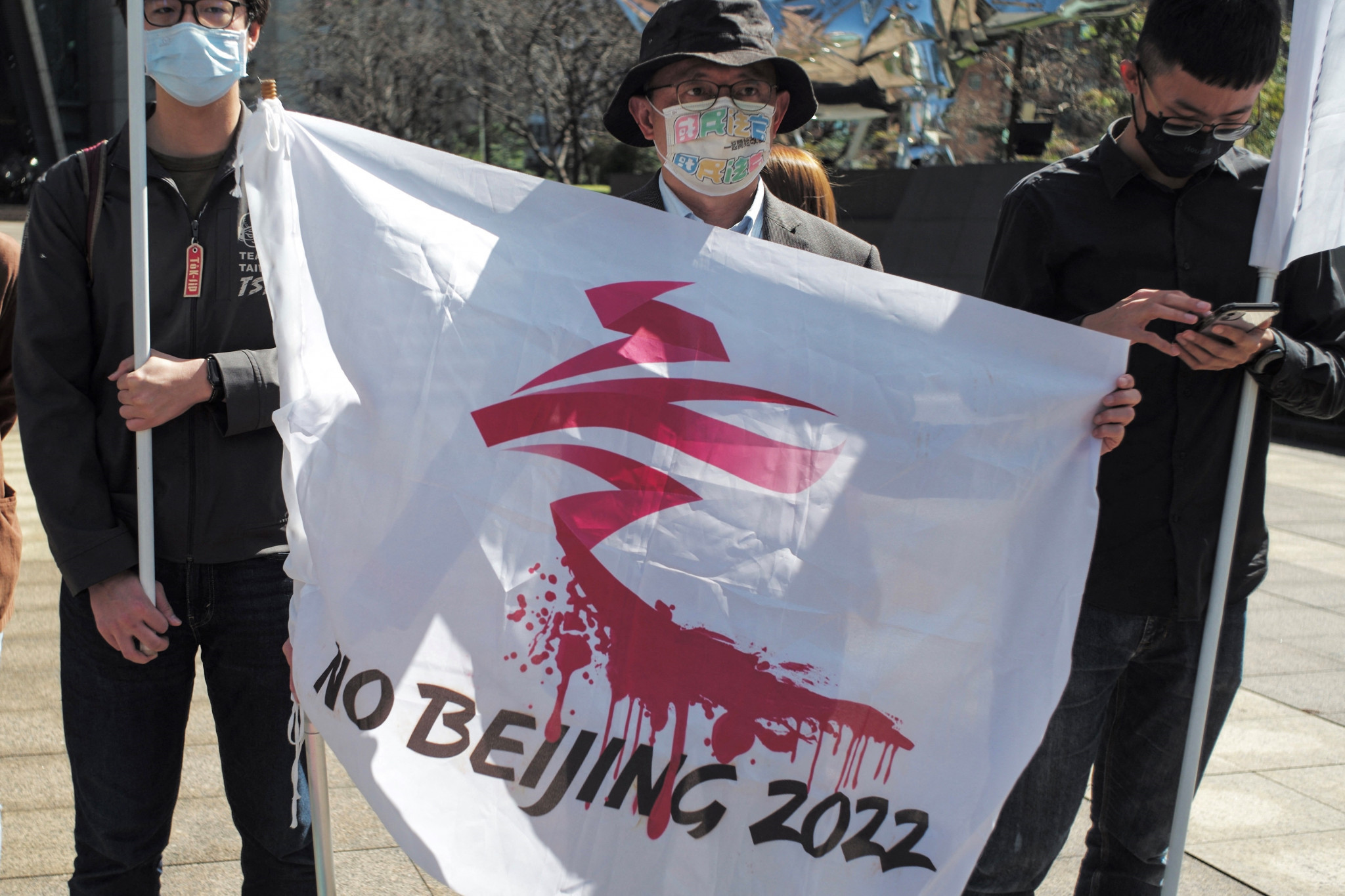 Taiwanese officials are reportedly set to boycott the Opening and Closing Ceremony of the 2022 Winter Olympics here due to hostilities with hosts China.

Citing "an official with knowledge of the matter", the Taipei Times reports that a Taiwanese Government task force has decided to shun the two Ceremonies at Beijing’s Olympic Stadium and only focus on supporting the country’s athletes.

The move is set to be made over concerns that the presence of a Taiwanese delegation would permit Beijing to make diplomatic slights against Taiwan.

The official, who refused to disclose their name to the Taipei Times, claims that Beijing intends to show pro-unification messages and highlight Taiwanese volunteers in videos at the Opening and Closing Ceremonies on February 4 and 20, respectively.

China claims Taiwan is a part of its territory with Chinese President Xi Jinping insisting last September that "reunification" with the neighbouring island "must be fulfilled".

Taiwan is self-ruled and repeatedly vows to defend its democracy amid an increasing threat of invasion by China.

The Ministry of Defence for Taiwan claimed 39 warplanes from China entered the island’s air defence zone on January 23.

A group of protesters gathered outside the Bank of China in Taipei today to demonstrate against the staging of the Winter Olympics in Beijing.

The dispute over Taiwan's sovereignty is why athletes from the country compete as Chinese Taipei in the Olympics, after a compromise on the name was reached in 1984.

Competing as the Republic of China (Taiwan), the country made its debut in the Winter Olympics at Sapporo in 1972.

They have competed in every Winter Games since, with the exception of Lake Placid 1980, but have never won a medal.

At Pyeongchang 2018, Chinese Taipei sent four athletes to compete in two sports, with luger Lien Te-an carrying the flag at the Opening Ceremony.

At Beijing 2022, the country is expected to be represented by three women and one man.

China's record on human rights has proved a major controversy in the build-up to Beijing 2022, with critics arguing its treatment of Uyghur Muslins in Xinjiang amounts to a genocide.

Nations including the United States, Britain, Australia and Canada, Belgium and Denmark have confirmed they will not have a diplomatic presence at the Winter Olympics and Paralympics.

Beijing denies the charges laid against it and claims the camps are training centres for stamping out Islamist extremism and separatism.

China's actions in Tibet and Hong Kong have also come under scrutiny and led to calls for the country to be stripped of Olympic and Paralympic hosing rights.