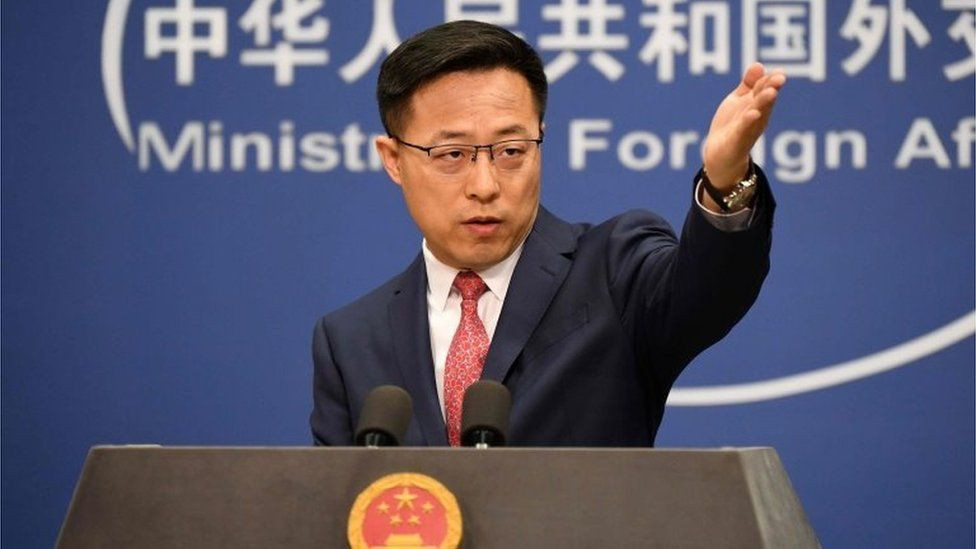 Omicron, the new strain of COVID-19, will not force the cancellation of next year's Winter Olympic and Paralympic Games in Beijing, the Chinese Government claimed today.

Japan, which hosted the re-arranged 2020 Summer Olympic and Paralympic Games earlier this year, today became the 19th country to confirm a case of the new variant of coronavirus first identified in South Africa.

The Winter Universiade in Lucerne, which had been due to start on December 11, yesterday became the first major sports event to announce that it was being cancelled as a result of the spread of Omicron, which scientists fear is more transmissible than other strains of the virus.

But Chinese officials are confident it will not affect the Winter Olympics, scheduled to start on February 4 and conclude on February 20.

"I believe it will definitely pose some challenge to our efforts to prevent and control the virus, but as China has experience in preventing and controlling the coronavirus, I fully believe that China will be able to host the Winter Olympics as scheduled, smoothly and successfully," China's Foreign Ministry Spokesman Zhao Lijian told a regular daily briefing in Beijing today.

Organisers last month admitted that the virus would be the "biggest challenge" in hosting the Games.

But health authorities claimed they had the means to cope with the new variant.

"China has already done a good job of technical preparations" for the Omicron variant, said Xu Wenbo, head of the virus control institute at China's Centre for Disease Control and Prevention, at a separate briefing today.

The World Health Organization (WHO) has warned the Omicron variant, which has already been confirmed in Europe, Canada, Israel and Hong Kong, may not only spread quicker, but also evade immunity from previous infections and vaccines.

"Given mutations that may confer immune escape potential and possibly transmissibility advantage, the likelihood of potential further spread of Omicron at the global level is high," the WHO said in its risk assessment yesterday within a technical brief to its 194 member states.

The WHO has urged member states to enhance surveillance and sequencing efforts to better understand variants, including Omicron, and to increase community testing to detect if it is circulating.

China had already announced that Beijing 2022 would go ahead without foreign spectators and that all athletes and related personnel would be contained in a "closed loop" and subject to daily testing for COVID-19.

A report published in China yesterday warned that China could face more than 630,000 COVID-19 infections a day if it dropped its zero-tolerance policies by lifting travel curbs, according to a study by Peking University mathematicians.

Using data for August from the United States, Britain, Spain, France and Israel, the mathematicians assessed the potential results if China adopted the same pandemic control tactics as those countries.

China's daily new cases would reach at least 637,155 if it adopted the American pandemic strategy, the report said.

"The estimates revealed the real possibility of a colossal outbreak which would almost certainly induce an unaffordable burden on the medical system," the report said.

"Our findings have raised a clear warning that, for the time being, we are not ready to embrace 'open-up' strategies resting solely on the hypothesis of herd immunity induced by vaccination advocated by certain Western countries."