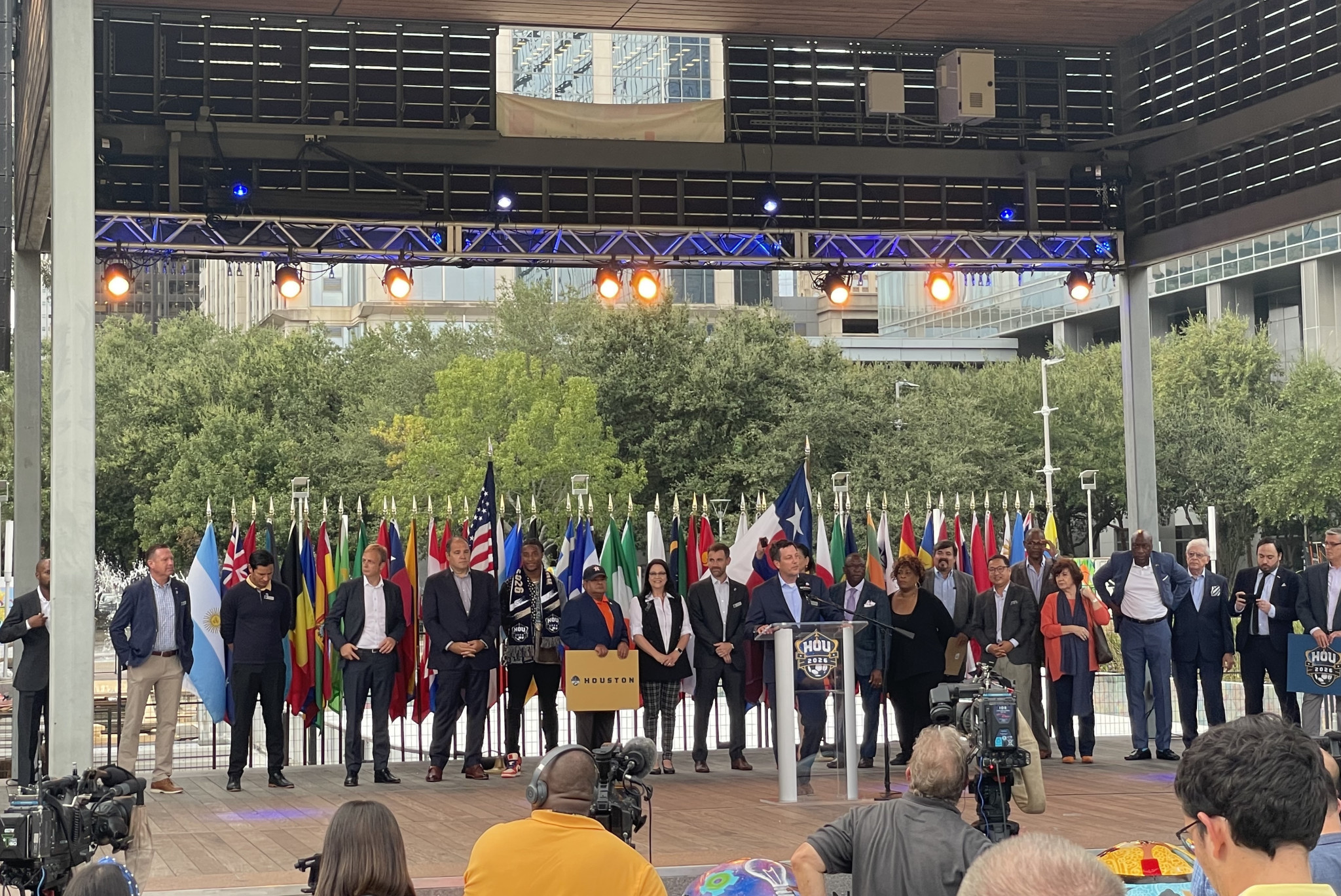 FIFA's Canadian vice-president and President of the Confederation of North, Central America and Caribbean Association Football (CONCACAF) Victor Montagliani led a visit of a delegation from football's governing body to Houston as the American city bids to host matches at the men's 2026 FIFA World Cup.

The competition is to be jointly staged by the United States, Canada and Mexico, and FIFA has been conducting its second leg of official inspections of potential host cities for the World Cup.

A visit to another Texas city, Dallas, has also been planned during the inspections that began last Thursday (October 21) and will conclude on Monday (November 1), as well as Kansas City, Cincinnati, Denver, San Francisco and Seattle in the United States and Monterrey in Mexico.

Houston is the fourth biggest city by population in the US, although it did not host matches when the country last staged the men's FIFA World Cup in 1994 nor the FIFA Women's World Cup in 1999 and 2003.

However, it has been a regular host of matches at the CONCACAF Gold Cup, including a semi-final this year.

The NRG Stadium, which holds more than 70,000 spectators, is home to American football outfit Houston Texans in the National Football League and had hosted US men's national team fixtures, is Houston's proposed host venue for the 2026 World Cup.

It has a retractable roof, with access to central Houston provided by metro.

Officials from FIFA toured the stadium before being taken on the metro ride into the city centre.

The Houston 2026 World Cup Bid Committee President Chris Canetti said afterwards he is confident that the city is well-suited to hosting matches at football's showpiece event.

"We’re very grateful to have this face-to-face time with FIFA officials to showcase Houston’s vast resources and preparedness to host matches for the World Cup," Canetti said.

"Our goals are fully aligned with FIFA, CONCACAF and U.S. Soccer to create lasting legacies that will grow the game and benefit generations through the most prestigious event and the most popular sport in the world."

Former American international DaMarcus Beasley also serves on the board of the Bid Committee, while Harris County-Houston Sports Authority chief executive Janis Burke and Houston Mayor Sylvester Turner were also present alongside representatives from FIFA at a press conference held after the visit.

The 2026 World Cup will be held across 16 cities - the most since the World Cup was last held in more than one country in South Korea and Japan in 2022.

A total of 17 American cities have bid to become host cities.

Boston, Nashville, Atlanta, Orlando, Washington D.C, Baltimore, New Jersey, Philadelphia and Miami all welcomed representatives from FIFA during the first round of inspections last month, and the remaining interested cities across the three host countries will be visited by the end of November.

FIFA will then conduct an assessment of these cities and a final decision is due to be made in the first half of 2022.

However, this is set to be the first time the tournament has been held across three countries.

It will also be the first to include the expanded 48-team format - the biggest change to the competition since it expanded to 32 teams in France in 1998.

The group stage will see qualifying nations divided into 16 groups of three, with the top two advancing to a 32-team knockout stage.

The next edition of the men's FIFA World Cup is scheduled for November and December 2022 in Qatar, with France the holders.