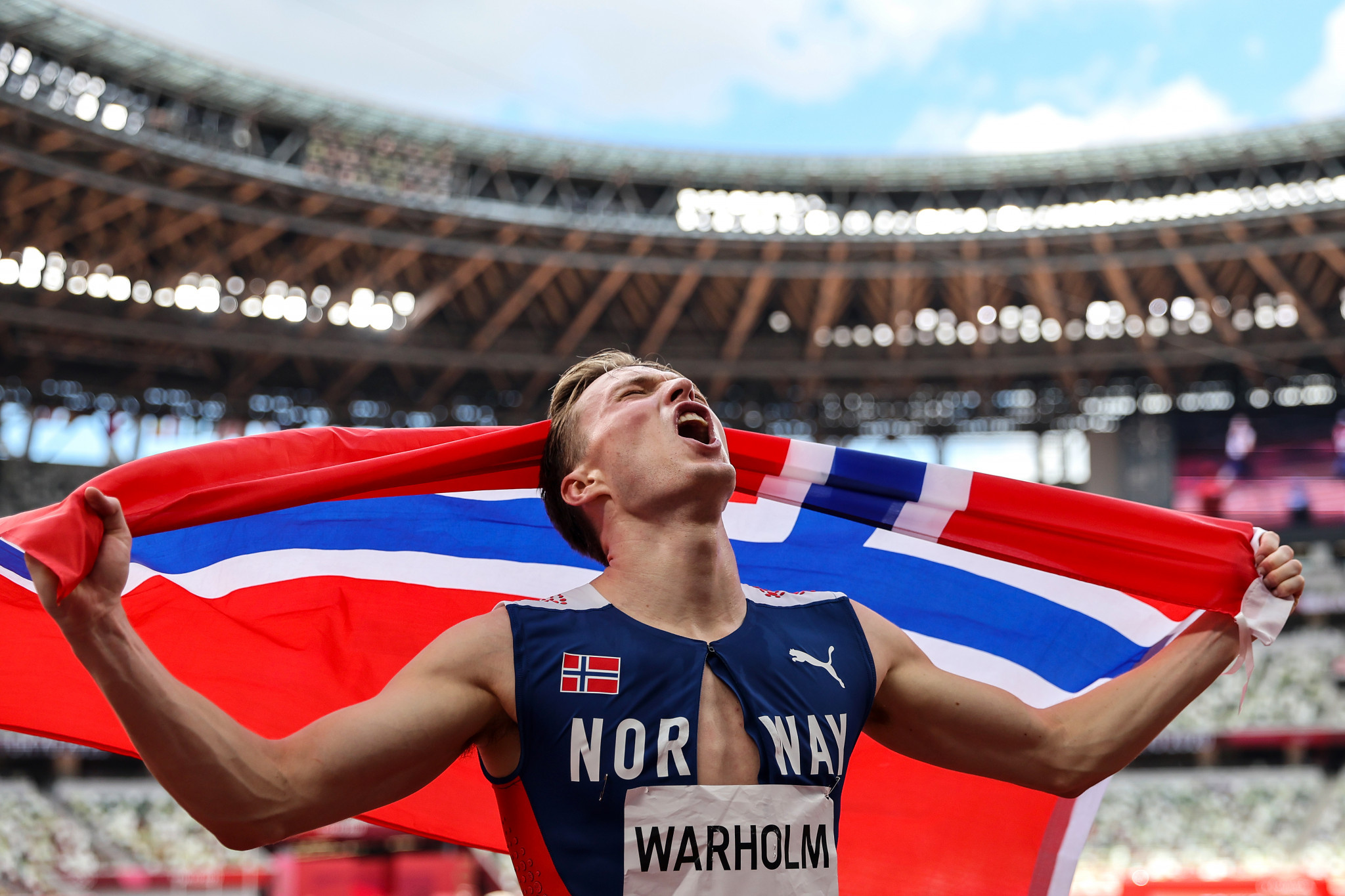 A 10-athlete shortlist for World Athletics' Male World Athlete of the Year award has been announced - headlined by Karsten Warholm and Ryan Crouser, who both set new world records in 2021.

All 10 of the nominated athletes are Olympic champions.

American Young had held the world record for more than 28 years, but Warholm then shattered his own mark at the Olympics - clocking a staggering 45.94 as he won gold in a race where two other athletes - American Rai Benjamin and third-placed Alison dos Santos from Brazil - also dipped below Young's 46.78 mark.

Mondo Duplantis won this award last year and is joined on the 2021 shortlist by fellow Swede Daniel Ståhl.

Ståhl won Olympic and Diamond League discus titles, while Duplantis did the same in the pole vault.

Both also set world-leading marks in 2021.

Portugal's Olympic and Diamond League long jump champion Pedro Pichardo, Canada's Damian Warner - winner of the decathlon gold medal at Tokyo 2020 in an Olympic record of 9,018 points - and Miltiadis Tentoglou, the Greek who won Olympic long jump gold and led the world at 8.60 metres in 2021, complete the nominees.

Voting will be threefold, with a World Athletics Council ballot accounting for half of the total vote.

Votes from the "World Athletics Family" cast via email will account for 25 per cent of the total, with the other 25 per cent coming from a public vote on social media.

Voting closes on November 6 and the winner will be announced at the World Athletics Awards, due to take place in December.