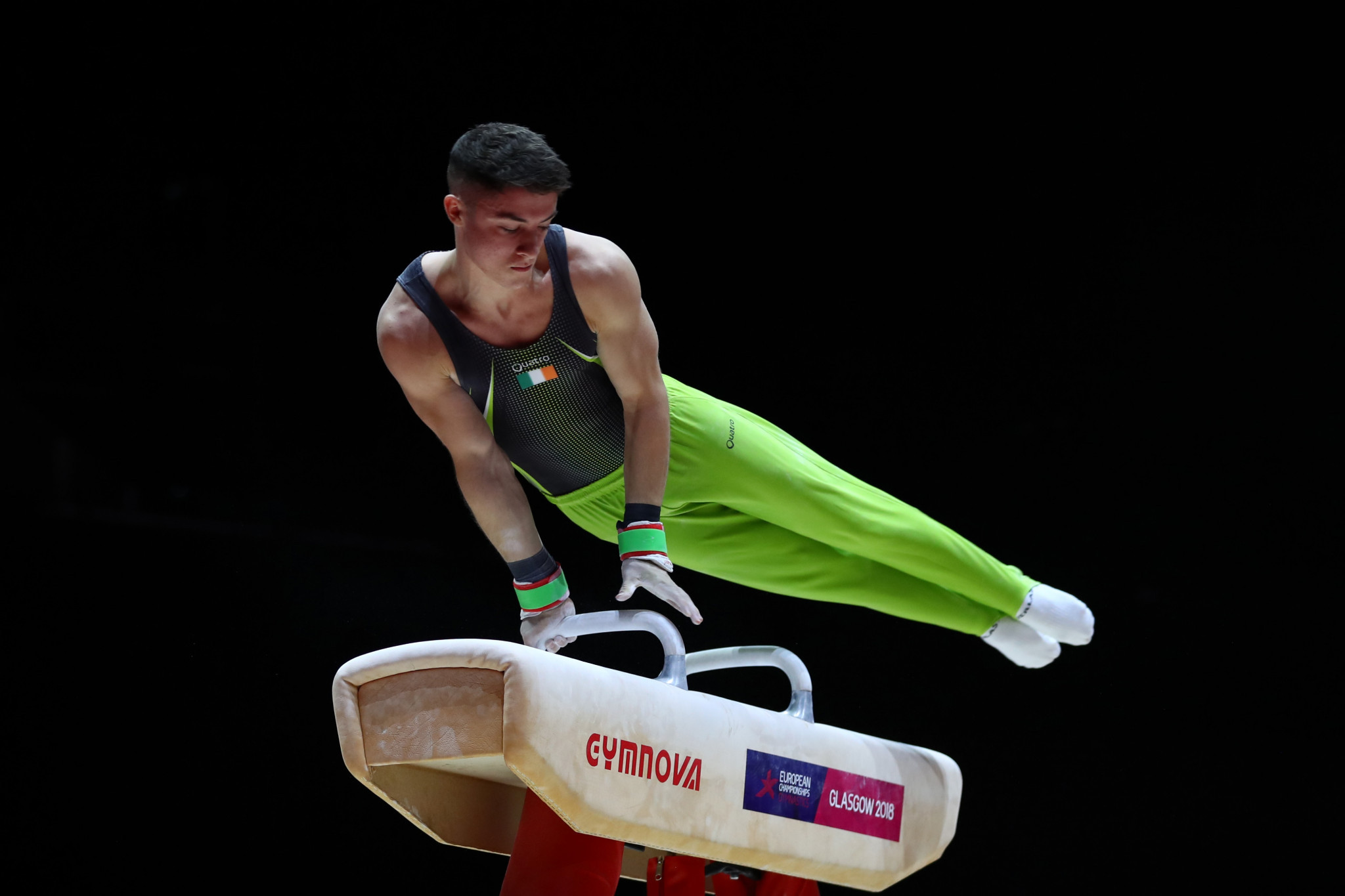 Ireland’s Rhys McClenaghan has accused organisers of scuppering his hopes of advancing at the Artistic Gymnastics World Championships in Japan after claiming chalk had been removed from the pommel horse as a result of a COVID-19 case.

McClenaghan, a 2019 world bronze medallist and 2018 European and Commonwealth Games champion on the pommel horse, was forced to wait 90 minutes to take to the apparatus after a competitor in the qualification subdivision tested positive for coronavirus at the Kitakyushu General Gymnasium.

The pommel horse was scrubbed down by workers but McClenaghan then slipped on the equipment as he scored 13,766 points which was not enough to reach the final.

It was later confirmed by organisers that a Colombian gymnast had tested positive, but McClenaghan took to social media to express his disappointment.

"I'm sad I trained until this point just to have the chalk wiped off the equipment and been told to wait 1hour 30mins before I competed," McClenaghan wrote on Twitter.

"Due to a competitor in the subdivision before testing positive for Covid.

"Time to go home and just hope there's not another Worlds like this one."

I’m sad I trained until this point just to have the chalk wiped off the equipment and been told to wait 1hour 30mins before I competed. Due to a competitor in the subdivision before testing positive for covid. Time to go home and just hope there’s not another Worlds like this one

The International Gymnastics Federation (FIG) told the Belfast Telegraph that McCleneghan was the only athlete to complain about the condition of the pommel horse.

"Ten other gymnasts competed on the pommel horse before Rhys in that subdivision, and all of them also had a warm-up on the apparatus.

"If any problems had been reported, FIG would absolutely have required the time necessary to assure the gymnasts were satisfied with the preparation of the apparatus before competing.

"Rhys is a gymnast of great talent and we look forward to seeing him in action again soon."

Olympic All-Around champion 🥇 Hashimoto Daiki 🇯🇵 made a solid claim to the World title Wednesday, posting 88.040 in qualification, the top number of any competitor so far. Here's his 15.075 on Pommel Horse, where he is on course to make the final as well. #Kitakyushu2021 pic.twitter.com/q9igwtadU4

Men’s qualification came to a close today with double Olympic champion Daiki Hashimoto of Japan topping the all-around standings after scoring 88.040 across the six disciplines.

Zhang Boheng of China and Adem Asil of Turkey also secured places in the top three after registering scores of 87.897 and 84.430 respectively.

Daiki produced the best high bar score of 14.633, while Chinese duo Weng Hao and Lan Xingyu came out on top in two of the disciplines.

Weng notched 15.600 in pommel horse and Lan totalled 15.266 in rings, while there was also double joy for the Philippines courtesy of Carlos Yulo.

Yulo pulled off a stunning showing on the parallel bars to record 15.566 before delivering a leading score of 15.166 in the floor exercise.

Ukraine’s Nazar Chepurnyi also impressed as he came first in vault with 14.833.

Competition is due to continue tomorrow with the women’s all-around final.