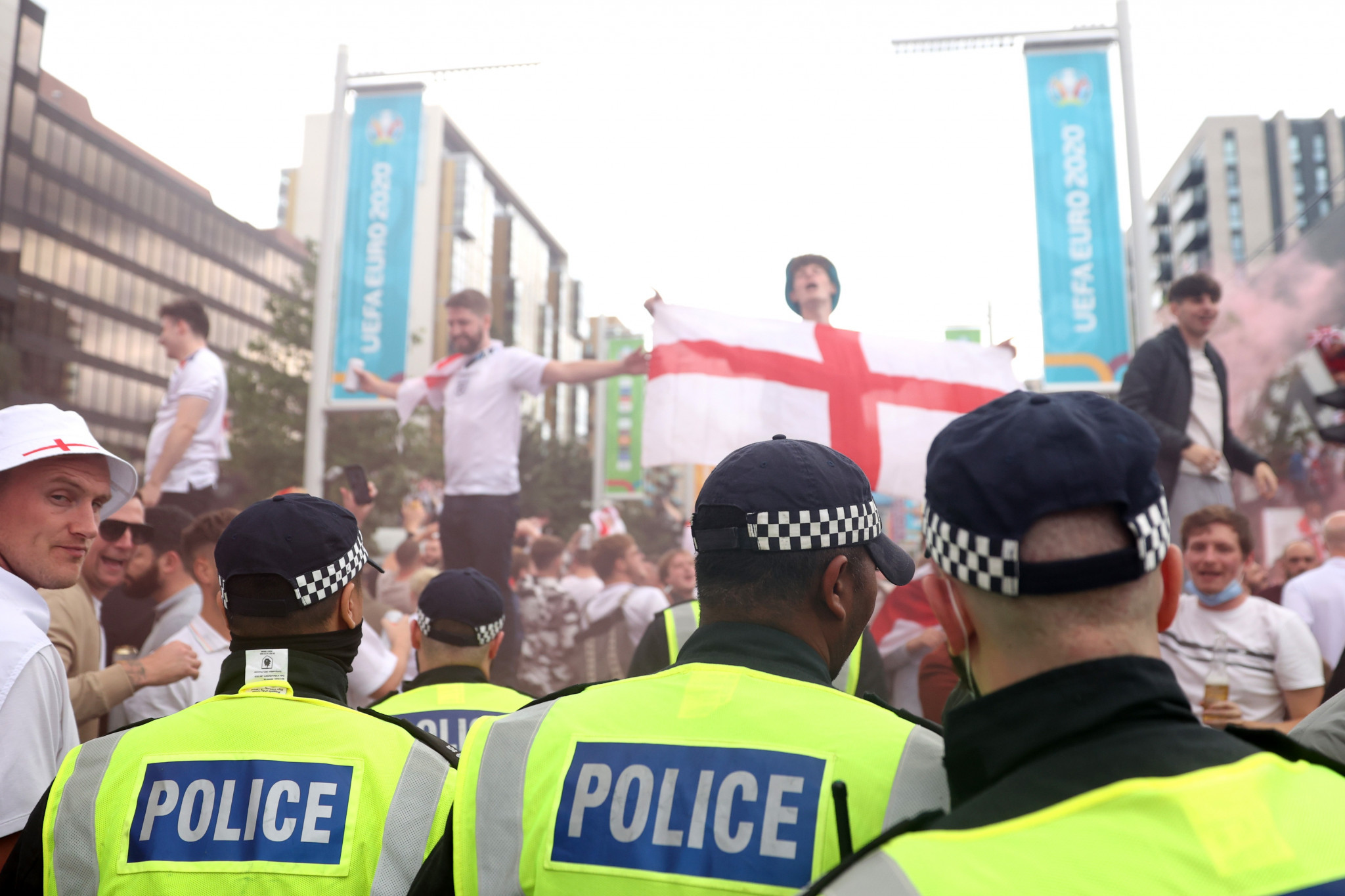 A joint bid between the United Kingdom and Ireland to stage the 2030 FIFA World Cup is not "up in smoke", it has been claimed, despite England's recent punishment over the "horrific" fan disorder at this year's UEFA European Championship final.

That was the message from Simon Morton, chief operating officer at UK Sport, when he spoke to the British Government's Digital, Culture, Media and Sport Committee.

The English Football Association (FA) has this week been sanctioned by UEFA for the chaos that ensued at the Euro 2020 final between England and Italy at Wembley on July 11.

Following clashes with stewards and police, some people managed to break into the stadium without tickets as the Metropolitan Police made 51 arrests.

England has been ordered to play their next home UEFA match behind closed doors with a further one-game ban suspended for two years.

However, Morton claims the sanction will not impact on plans to bid for the World Cup in nine years' time, alongside Scotland, Wales, Northern Ireland and the Republic of Ireland.

"I was at the match, it was pretty horrific and it was the opposite of what we want big sporting events to feel like," said Morton.

"However, I don't think it's reflective of how this country organises sporting events.

"We have an excellent reputation, not only for hosting brilliant events but also hosting safe and secure events.

"We have to get the balance right here.

"It was unacceptable, but I think most countries around the world would recognise it is not reflective of what normally happens.

"In respect of the bid, I think the only thing I can say there is the UEFA President [Aleksander Ceferin], who is a key person in respect of the process, has been on the record saying it will have no bearing whatsoever on our bid.

"There are lessons to be learned, the FA has commissioned a review from Baroness Casey.

"But I do not think it is the bid up in smoke."

Around £2.8 million ($3.8 million/€3.2 million) has been made available by the British Government to support a feasibility study into the possibility of staging the men's World Cup.

A spokesperson for Prime Minister Boris Johnson said the 2030 bid was "very strong" but insisted "important lessons need to be learned" after the trouble at Wembley.

"Our reputation for staging world-class sporting events is strong," the spokesperson said.

"A combined UK and Ireland World Cup bid for 2030 would be a very strong contender."

Morton claimed there had been a "genuinely collaborative" approach between all five nations and revealed that other possible joint ventures had been discussed.

"This process has led us to begin exploring other mega events that can be co-hosted across the devolved Governments, and there are two or three that look very promising," said Morton.

Morton said he was unsure whether all five nations would quality automatically for the World Cup as hosts should they win the bid.

"It's under discussion," said Morton.

"We don't know how many spaces or berths FIFA would provide.

"The bid guidance isn't going to be released until quarter one of next year.

"Only once those are seen can the five football associations agree between them how they would resolve (it) if there was a smaller number than five.

"I think there's a general consensus, but there is some fine-tuning to do on that."

England last hosted the FIFA World Cup in 1966, which ended in the country's sole triumph.

Spain and Portugal are expected to challenge the five-nation bid, having confirmed their plans to jointly stage the World Cup.

Morocco, which has unsuccessfully bid for the World Cup five times, could enter again alone or with North African neighbours Tunisia and Algeria.

A joint South American bid from Uruguay, Argentina, Chile and Paraguay is expected, with efforts centred on the centenary of the first tournament in Uruguay.

Romania, Greece, Bulgaria and Serbia have expressed their intent to jointly bid for the tournament.

China has also been mooted as a potential contender, while there were reports in July that Saudi Arabia was considering teaming up with Italy to launch a joint bid.

Saudi Arabia is behind a proposal for the World Cup to be held on a biennial basis.

A feasibility study is being carried out by FIFA over whether the men's and women's tournaments can be held every two years instead of four.

The plan - which could be voted on in December - has been strongly criticised by leading figures and organisations within the game.

Morton believes biennial World Cups could lead to an "oversaturation of sporting competition".

"One of the reasons why sport is so popular is because of its scarcity," said Morton.