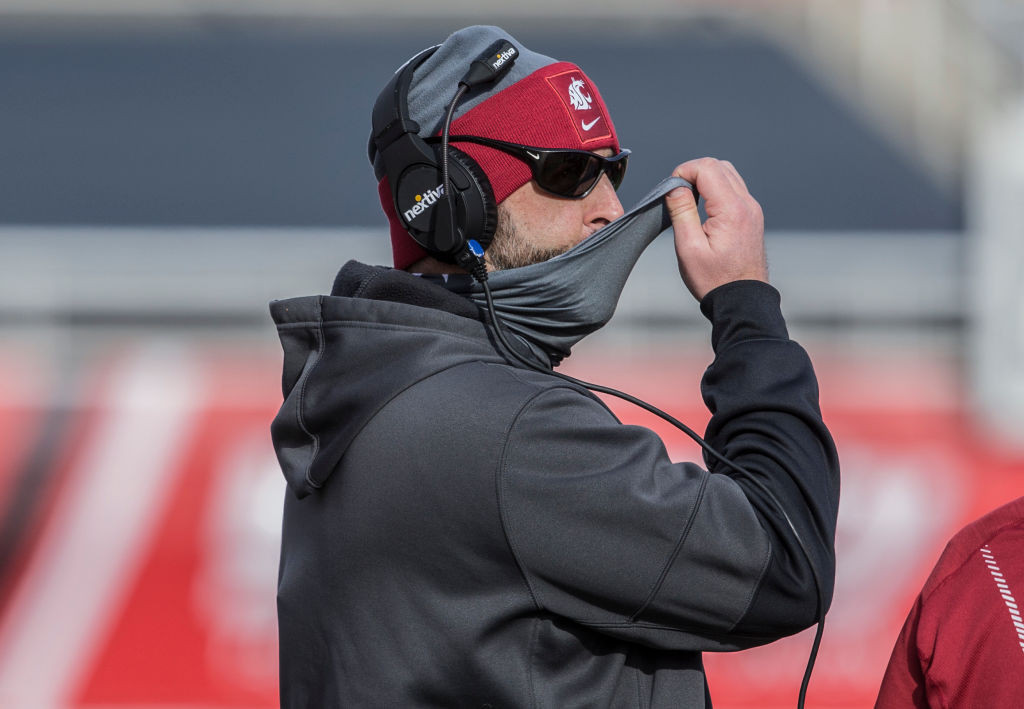 The head coach of Washington State University's football team has been sacked because of his refusal to be vaccinated against COVID-19.

Washington State confirmed it had fired Nick Rolovich, who was "unable to fulfil his duties" after COVID-19 vaccinations became mandatory for all state employees.

Rolovich, who revealed earlier this year that he was not vaccinated but insisted he would comply with the mandate, is believed to be the first top-level college coach to lose his job under the new rules.

The state's mandate requires an employee who wasn't granted an exemption to be at least two weeks removed from his or her second shot of a two-dose vaccine - or only shot of a single-dose vaccine - by yesterday.

Rolovich's application for exemption on religious grounds was rejected by the state.

The decision from the Cougars to terminate his contract is set to cost Rolovich, the highest-paid employee in the state, $3 million (£2.2 million/€2.6 million) a season.

Four assistant coaches of the Cougars - Ricky Logo, John Richardson, Craig Stutzmann and Mark Weber - have also been fired due to the mandate.

"Our priority has been and will continue to be the health and well-being of the young men on our team.

"The leadership on our football team is filled with young men of character, selflessness and resiliency and we are confident these same attributes will help guide this program,e as we move forward."

Brooklyn Nets star Kyrie Irving is among the high-profile American sportspeople who have been prevented from competing because of COVID-19 vaccine mandates introduced in some states.

Irving is unable to play home games as a result of rules imposed in New York City.