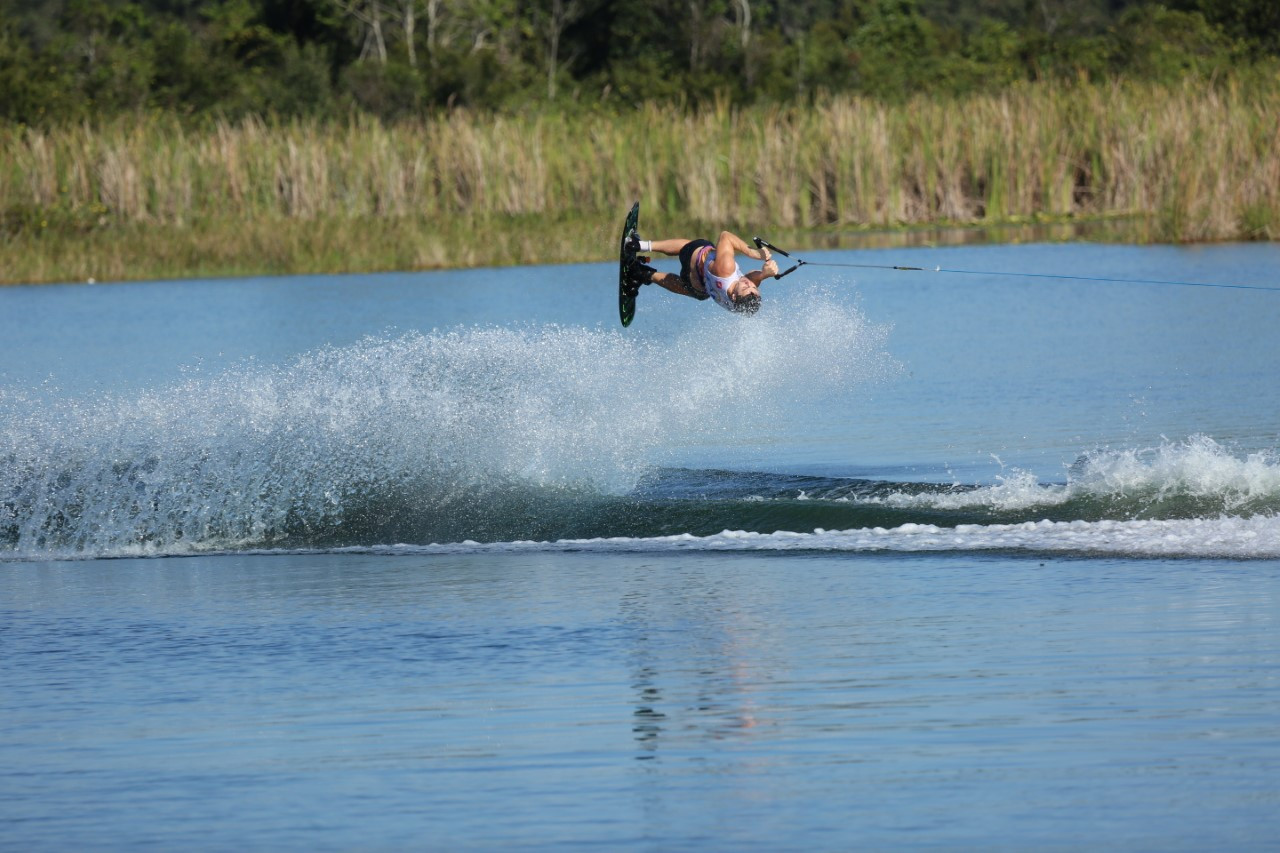 Joel Poland became the first Briton since Mike Hazelwood in 1977 to win the overall men's title at the International Waterski and Wakeboard Federation World Waterski Championships in Florida in the United States, while Belarus' Aliaksandra Danisheuskaya earned the women's title.

He finished second in the men's jump event with 69.5 metres, which meant only Canada's Dorien Llewellyn needed 72m in order to pip him to the overall title, but he could only manage 67.9m and had to settle for an overall silver with 2,907.62.

An emotional Poland thanked his coaches, parents and support team following the victory.

"All of you have backed me from the beginning.

Fellow Belarusian Hanna Straltsova scored 1,000.00 as she finished second in the jump to earn the overall silver with a score of 2565.29, while Canada's Paige Rini notched 2,411.64 to take bronze.

Poland's exploits helped Britain finish second in the overall team classification with 7,738.54, but were not enough to prevent Canada from successfully defending its team title with 8,195.04.

The US finished third overall with 7,706.50, with Nate Smith winning the men's slalom and Anna Gay the women's trick events - both for the third time - yesterday.

Ryan Dodd earned one of two Canadian golds on the final day of competition, adding to that of Jaimee Bull in the women's slalom yesterday, as he won his fourth consecutive men's jump title.

His 70.8m was enough to see off Poland's 69.5m, while American Krueger Freddy earned bronze with a distance of 69.0m.

Llewellyn provided Canada with further success on the last day as he won the men's trick with 11,260 points.

Mexico’s Patricio Font secured silver with 10,830 and American Jake Abelson rounded off the podium with 10,410.

The other gold on the final day went to Australia's Jacinta Carroll, who made it five world titles in a row in the women's jump, posting a world record of 59.4m.