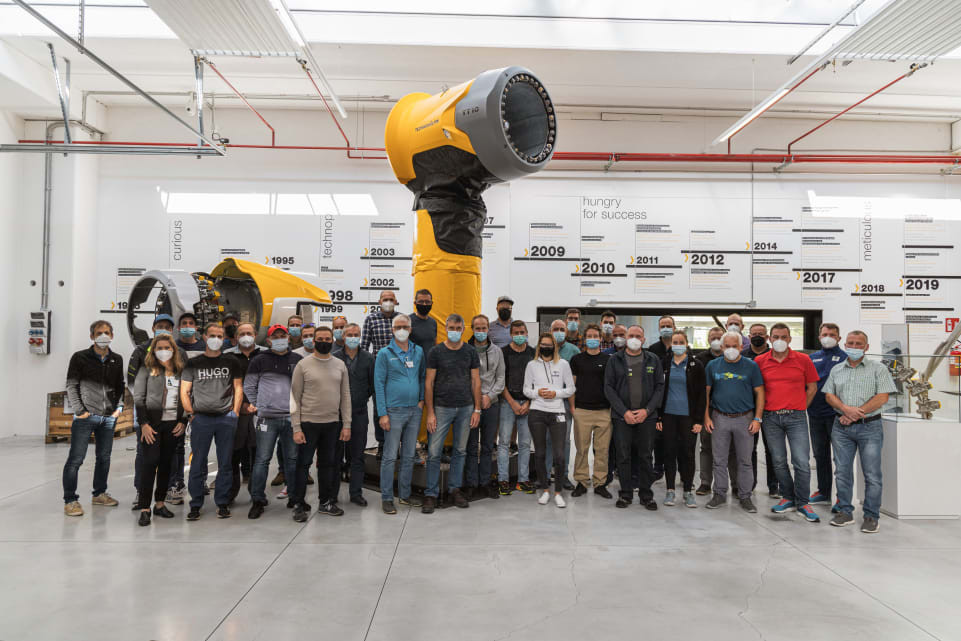 The International Biathlon Union (IBU), which has committed to being climate neutral by 2030 and climate positive by 2034, has hosted its first-ever IBU Snow Network to discuss how snow can be sustainably managed and used across IBU competition venues.

The forum allowed attendees to network and exchange ideas on snow storage, grooming and transport, treatment, and the sustainability of snow management.

The focus is on minimising the IBU's climate footprint and environmental impact, with discussions centred on how to use resources such as water, electricity and other fuels more efficiently.

The meeting, hosted at the premises of TechnoAlpin, a key supplier for the IBU, is an element of the IBU's sustainability strategy, which was developed as part of "Target 26 - Innovating our future", and lays out the aims to reduce the organisation's climate impact drastically.

The strategy, published in October 2020, states the IBU aims to be climate neutral by 2030 and climate positive by 2034.

The governing body says it aims to reduce its carbon footprint by 4.5 per cent each year and wants to be "a leader in promoting and upholding the highest standards of sustainability in sport".

The 10-year initiative, leading up to 2030, identifies three areas where the IBU can become friendlier to the climate - the IBU itself, its events and the global biathlon family.

Upon its publication, IBU President Olle Dahlin said: "Sustainability is an increasingly important and relevant issue in sports - and no sport is more affected by climate change than biathlon.

"The IBU must take a strong stance on becoming an increasingly sustainable and environmentally-friendly sport, becoming a thought leader among International Federations."

Earlier this year, the Intergovernmental Panel on Climate Change study commissioned by the United Nations claimed global carbon emissions need to be cut by 45 per cent by 2030 to avoid the worst consequences of global warming.

UN secretary general António Guterres said the report was "a code-red for humanity" and that the world must "act decisively now to avert a climate catastrophe."