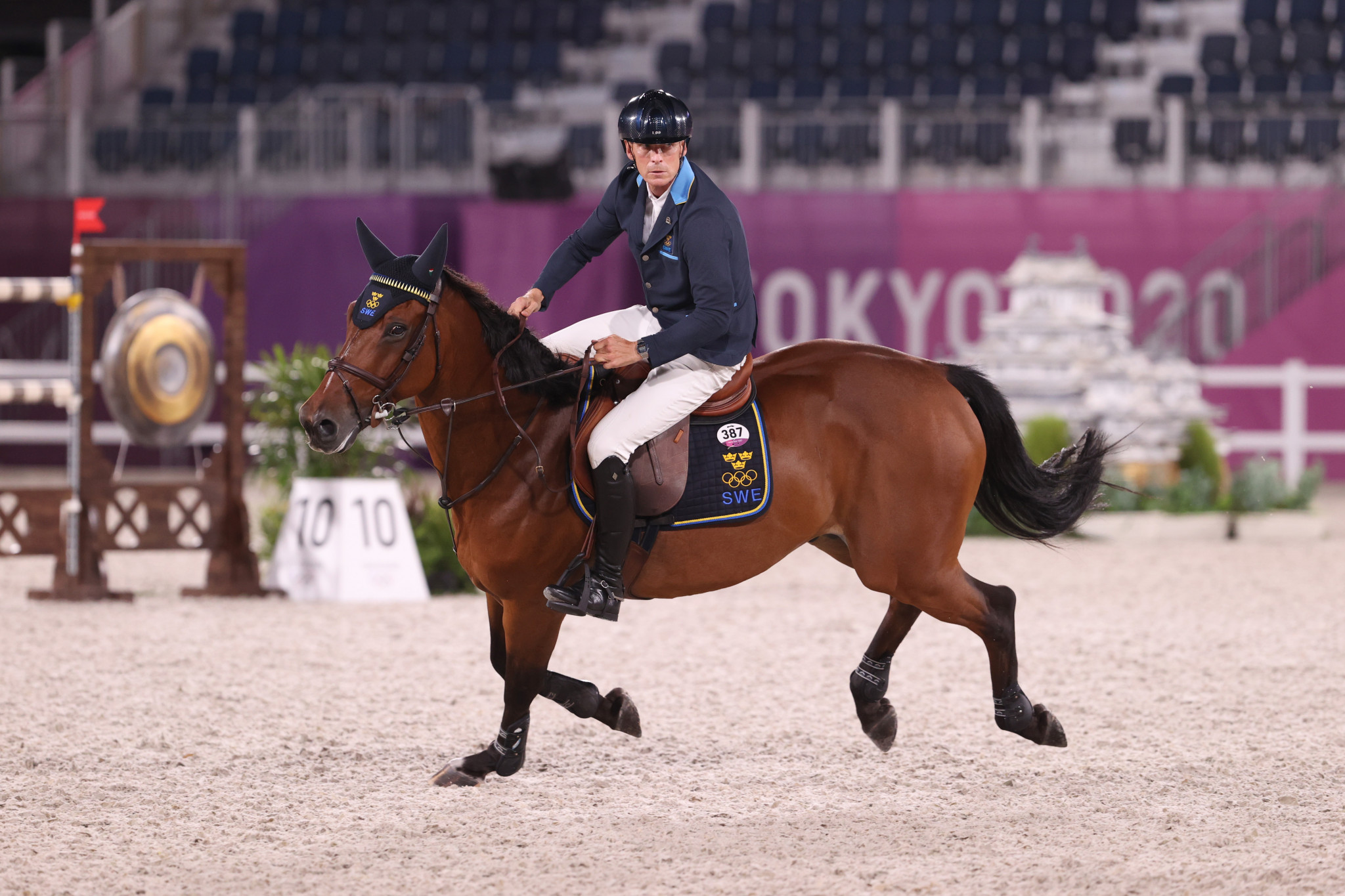 Sweden's Peder Fredricson has a chance to take control of the Global Champions Tour (GCT) as it enters its final two legs in Šamorín in Slovakia tomorrow.

The GCT Finals are set to take place in Šamorín the following weekend, with the penultimate leg commencing tomorrow.

Riders accrue scores across 16 stages throughout the season, with their eight top scores contributing to their overall mark.

While Britain's Tokyo 2020 gold medallist Ben Maher and France's Olivier Robert lead the standings entering the final two weeks on 228 points, Fredricson has only completed seven meets and will soon have an eighth score to add to his 220 points - which is good enough to place him fourth.

Maher - who is missing the first of the two legs in Šamorín - is chasing history as he looks to become the first rider to win three titles, as is Australian Edwina Tops-Alexander, who currently sits third on 222 points.

Fredricson, Tops-Alexander and Robert will be eager to make the most of Maher's absence at the X-Bionic Sphere resort, with all four in contention to claim the season-long title.

Tops-Alexander also has a place on the LGCT Super Grand Prix to fight for.

The winners of each stage are afforded a place at the Super Grand Prix, but Tops-Alexander, despite sitting third overall, is yet to win an individual stage and has just two more chances - the back-to-back weekends in Šamorín - to claim her golden ticket.

The champion of champions will be crowned after the final leg in Šamorín, with the GCT season reaching its climax.