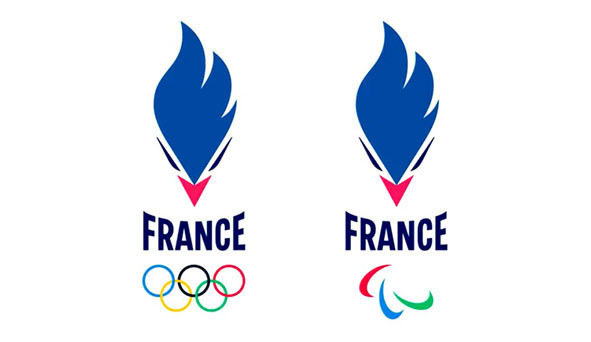 The French National Olympic and Sports Committee (CNOSF) has unveiled a new emblem which will be used by France's Olympic and Paralympic teams moving forward.

French teams will bear the new branding on their kit for the Winter Olympics and Paralympics in Beijing next year, with manufacturer Le Coq Sportif unveiling the collection at a ceremony held at its factory in Romilly-sur-Seine.

The new emblem and uniform have also been produced with a nod to Paris 2024, when the country will host the Summer Olympic and Paralympic Games in its capital.

It was developed following consultation between Paris 2024, the CNOSF and French Paralympic and Sports Committee (CPSF), supported by the French Ministry of National Education, Youth and Sport and the National Sports Agency.

It is a play on the Gallic rooster that has featured on French Olympic branding since 1920, but the bird appears head-on for the first time, with its beak forming a "V" to represent victory and its crest represented by the Olympic flame.

The traditional French tricolour remains a fundamental aspect of the new branding.

French Sports Minister Roxana Maracineanu is excited at the prospect of promoting further unity between its Olympic and Paralympic teams.

"Our Winter and Summer, Olympic and Paralympic athletes now form a single team, united under the same coat of arms and focused on a single objective: to perform," she said.

"Institutions, federations, supervisors, our role is to do everything, each in our place, to live up to their commitment and support them towards the medal."

The logo launch was attended by more than 60 athletes and Para athletes from bodies such as the French Ski Federation and French Ice Hockey Federation, as well as the CNOSF President Brigitte Henriques and CPSF President Marie-Amélie Le Fur.

France has competed in every edition of the Winter Olympic Games, with its five gold medals at Pyeongchang 2018 its best performance to date, while it took seven at the last Winter Paralympics.

Paris 2024 will be the first time the country has held the Summer Games for exactly a century.