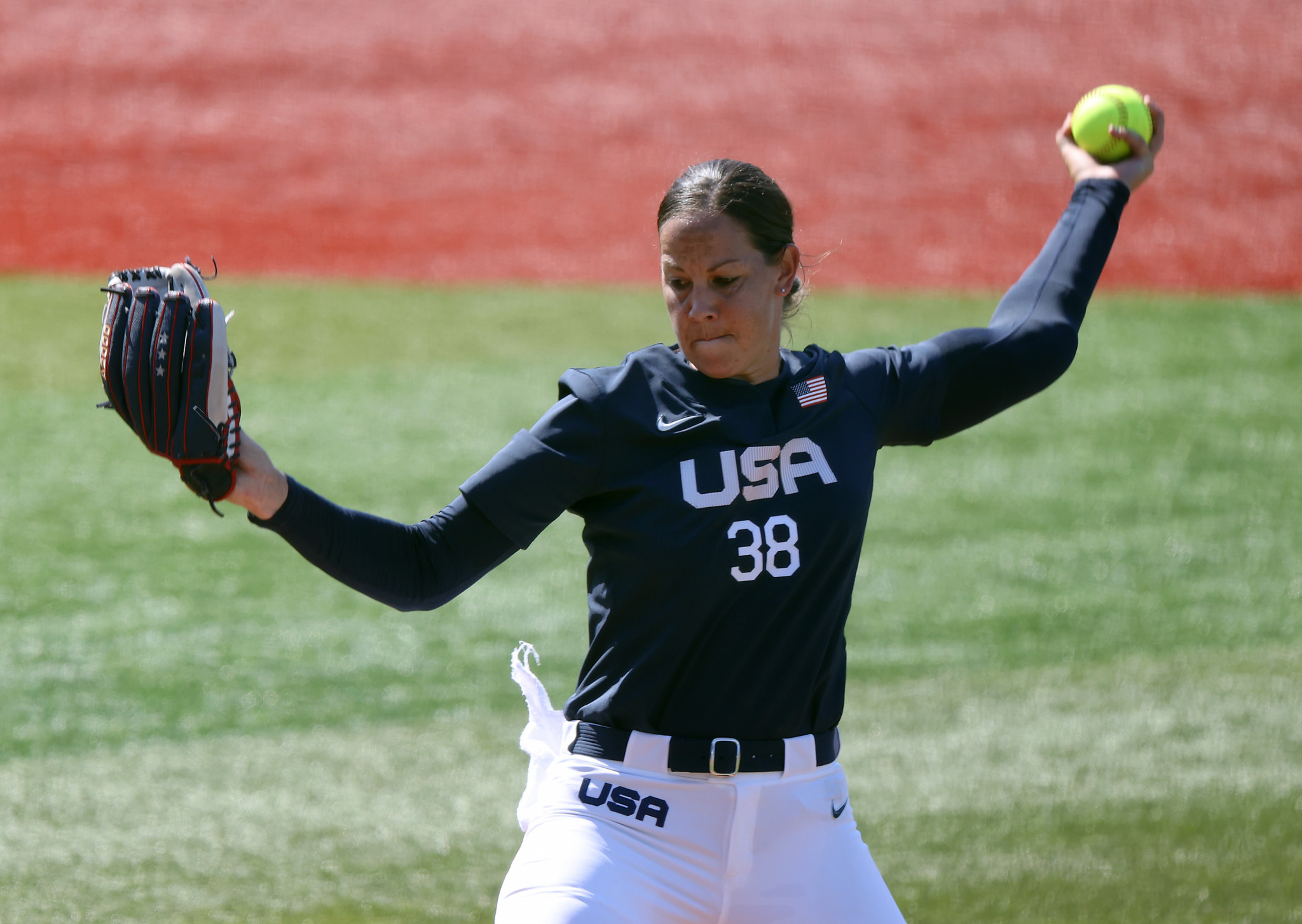 American Cat Osterman has retired from softball for the second time after winning her third Olympic medal with a silver at this summer's Tokyo 2020 Games.

Since making her international debut in 2003, the pitcher helped the US to win the softball gold at the Athens 2004 Olympics, following it up with a silver at Beijing 2008.

The sport did not feature at London 2012 or Rio 2016, but made a one-off return in the Japanese capital, and the United States were beaten by the hosts in the gold medal match after topping the group stage.

Osterman initially retired in 2015, but returned to the sport in 2019, citing a desire to avenge the defeat to Japan at Beijing 2008.

"There's unfinished business [from 2008] that has obviously eaten at me for a long time," she said.

"I came back for the chance to win back the gold medal all of us who were there still feel we let slip out of our hands against Japan in 2008."

At Tokyo 2020, Osterman featured in the US' opening victory against Italy and its 2-0 triumph over Mexico.

She also won two World Championships with the US in 2006 and 2010, and won her third Pan American Games gold upon her return to the sport in 2019.

Her second retirement comes at the age of 38.

"I’m so blessed for all this game has given me," Osterman told the Team USA website.

"This last chapter was filled with more than I could’ve imagined, and I will always be appreciative for my time in this game.

"It’s been an honour to wear the red, white and blue, and I thank USA Softball for all they have done for the women’s national team, the sport and myself."

"Cat’s career has had an impact on the way the game has been viewed by both women and men.

"She has left an indelible mark on the game as well as on many people across the country.

"I have been one of the luckiest people to have been around her all these years while witnessing her historic career."

The USA Softball national teams director Chris Sebren added: "We can’t thank Cat enough for being a part of USA Softball for so long and we look forward to and appreciate her continued involvement with our organisation in the future."

Another comeback for Osterman looks unlikely.

In a post on Instagram, she said "you've had my heart for 28 years, and now I need it back, to invest it elsewhere," and "for the last time as an athlete, I say goodbye to you."

"Our tango on the field has ended, but I won’t be too far away," she added.

"I’ll share all you’ve taught me with anyone and everyone.

"I’ll help others love you the way I have, and I’ll be cheering loudly as you grow and give my peers continuous challenges and successes."