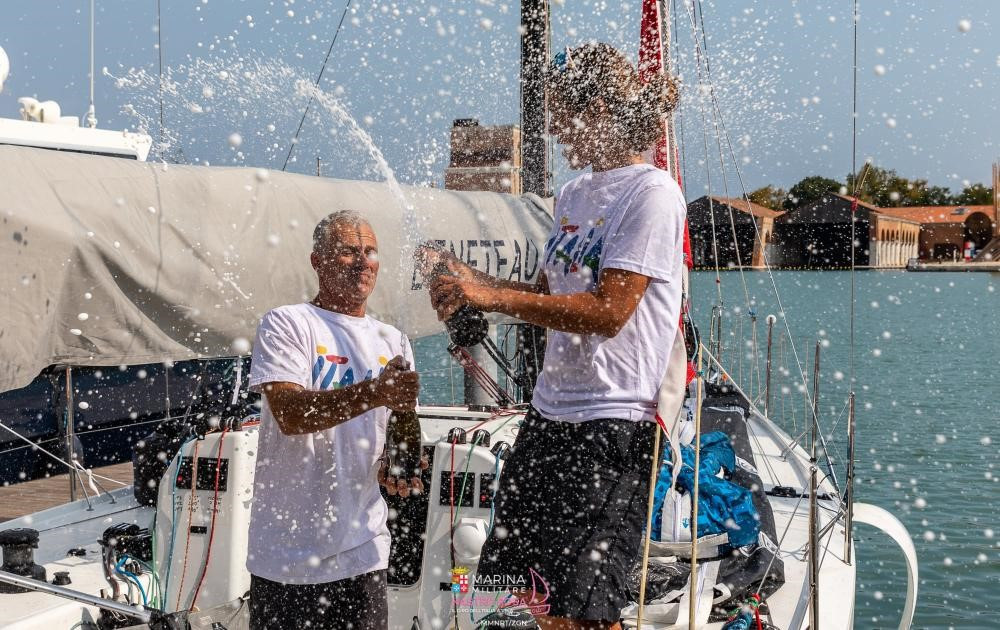 Rossi and D’Ali triumphed in their keelboat ITA1 Team Enit, taking the lead midway through the final leg and eventually winning by four minutes.

Eight boats took part in the race over 816 nautical miles along the Adriatic coast, with racing taking place over the course of three legs from Brindisi to Bari, Bari to Marina di Ravenna and finally Marina di Ravenna to Venice.

The third leg took place over 100 miles, with Rossi and D’Ali starting slowly but taking the lead before the halfway point of the final stage, which took place through the night.

Rossi and D’Ali emerged in the lead on a misty morning, and led home a one-two for their country, with Giovanna Valsecchi and Andrea Pendibene finishing in second place with their boat ITA2 Marina Militare.

There was a three-hour delay before the final result was confirmed as several protests were put in with teams accused of having breached restrictions when attempting to navigate zones that were restricted due to oil platforms and other sea furniture.

📺: Down to the wire! The top 5 boats finished within 30 minutes of each other on the last leg of the 2021 Hempel Mixed Two Person Offshore World Championships.

Rossi described the win as “amazing” saying: “It’s like a dream that has come true.

“We fought until the end but then we had some protests to discuss, so it was not really easy.

“But now we can just feel good and have a party together because we did a great race and great teamwork together.”

Her sailing partner D’Ali added: “To come back to offshore racing in this event, after the Solitaire du Figaro and Transat racing, it’s a pleasure to be sailing again.

“I hope this format keeps going in the future. This is a perfect format for the Olympics.”

Prize giving took place at the Arsenale di Venezia in front of Italy’s Secretary of State for Defence.