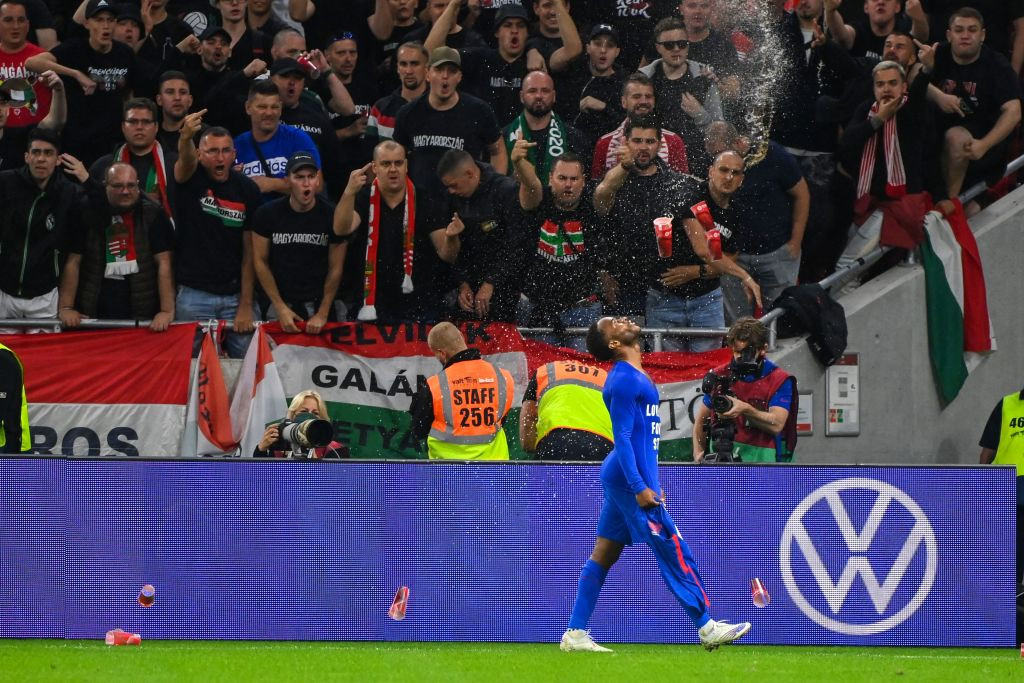 FIFA has ordered Hungary to play its next home World Cup qualifier behind closed doors after its fans racially abused England players during a match in Budapest earlier this month.

Hungary fans, who have previously been sanctioned for racism, aimed monkey chants at some of England's black players, including Raheem Sterling and 18-year-old Jude Bellingham.

"After analysing and taking into consideration all the circumstances of the case, specifically the seriousness of the incidents (racist words and actions, throwing of objects, lighting of fireworks, blocked stairways), the committee decided that the MLSZ would play its next two home matches in FIFA competitions without spectators, the second match being suspended for a probationary period of two years," the FIFA Disciplinary Committee said.

"FIFA’s position remains firm and resolute in rejecting any form of racism and violence as well as any other form of discrimination or abuse.

"FIFA takes a clear zero tolerance stance against such abhorrent behaviour in football."

Hungary were also forced to play games behind closed doors in the qualification campaigns for the 2014 and 2022 World Cups and Euro 2016 because of supporters' racist behaviour.

The match against England, which the visitors won 4-0, would have been staged behind closed doors had FIFA enforced a UEFA decision banning fans from Hungary's next two games.

The World Cup qualifier fell under the jurisdiction of FIFA rather than UEFA, so the decision did not apply.

It came because of discriminatory behaviour from Hungarian fans when the nation hosted matches during the postponed UEFA European Championship earlier this year.