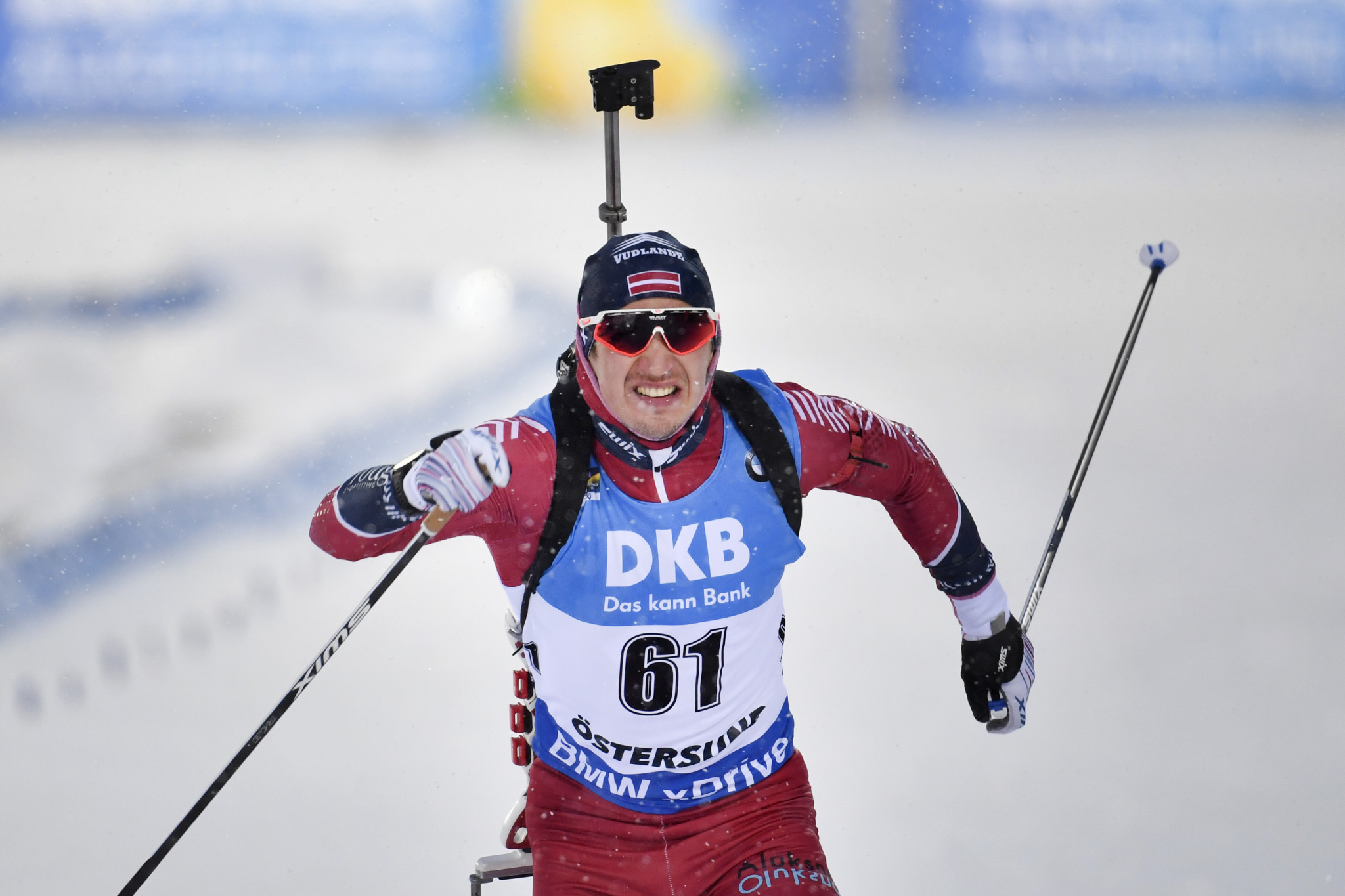 Latvian biathlete Andrejs Rastorgujevs has been handed an 18-month ban after he missed three drugs tests in a 12-month period, the Anti-Doping Division of the Court of Arbitration for Sport (CAS ADD) has announced.

The CAS ADD has partially upheld the IBU's decision, after the IBU referred the charge afforded to Rastorgujevs by the Biathlon Integrity Unit (BIU) to the CAS ADD for adjudication.

The 18-month ban started on March 11, when Rastorgujevs was first suspended, and all competitive results earned after July 1 2020 have been disqualified.

Rastorgujevs won gold in the individual competition at the Open European Championships in January 2021 and the IBU said he will be stripped of his medal, pending an appeal.

He missed his second in June 2020, before failing to provide sufficient information to locate him in September 2020, the CAS ADD has found.

The maximum period of ineligibility for three whereabouts failures is 24 months, but due to the "lower degree of fault" regarding the final missed test, the CAS ADD agreed with the IBU that a reduced ban of 18 months was appropriate.

"The whereabouts system is a core pillar of the global anti-doping structure and the BIU will make sure that it is upheld in our sport," said BIU chief Greg McKenna.

"All biathletes have a responsibility to keep their whereabouts information up to date to avoid missing any tests.

"As we can see in this case, whereabouts failures can result in anti-doping rule violations and sanctions."

The CAS ADD verdict can be appealed within 21 days.