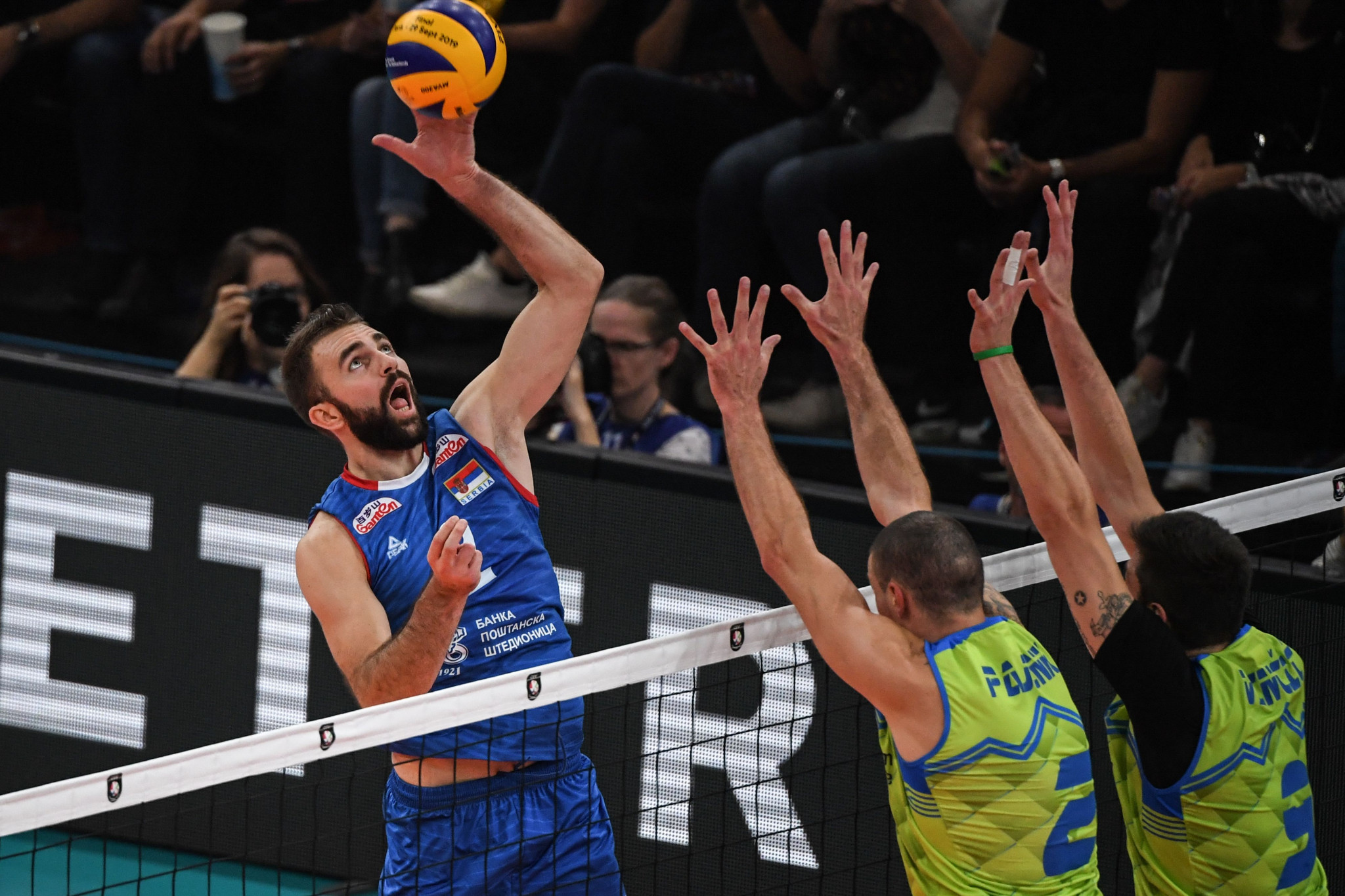 Defending champions Serbia are safely through to the semi-finals of Men's EuroVolley with a straight-sets win against The Netherlands, while co-hosts Poland triumphed over Russia in a heavyweight clash at Ergo Arena in Gdańsk.

It was Serbia who got the quarter-finals underway, edging a close first set against the Dutch 25-23 before taking a more comfortable second 25-20.

Having trailed for most of the third set, The Netherlands put themselves one point away from halving the deficit at 24-23, but Serbia recovered to clinch it 27-25 and continue their bid to become European champions for the third time as an independent nation.

Uroš Kovačević, Most Valuable Player at the last edition of the men's EuroVolley in 2019, top scored with 15 points for Serbia.

Serbia had to come from 2-1 behind in the round of 16 to beat Turkey, and either Italy or Germany stand in the way of their place in the final.

The second quarter-final pitted the sides ranked second and third in the world by the International Volleyball Federation against each other, and it was Poland who secured a straight-sets win against 2013 and 2017 champions Russia.

This is #MegaRally! Spectacular saves and #SuperSpike by Michał Kubiak! Poland ?? and Russia ?? know well how to create great #Volleyball show! #EuroVolleyM

A "neutral" Russian Olympic Committee (ROC) team had secured silver at the Tokyo 2020 Olympic Games, while Russia had won five matches since losing their EuroVolley opener to Turkey.

However, bronze medallists last time out Poland are looking to become European champions for the second time, having triumphed in 2009, and were too strong today.

A 25-19 victory in the final set saw the Poles continue their unbeaten run to progress to the last four, where they will face either the Czech Republic or Slovenia.

Tomorrow’s quarter-finals are being held at Ostravar Aréna in Ostrava, where he Czech hosts are aiming to build on yesterday’s remarkable victory against Olympic champions France as they face Slovenia, runners-up at two of the last three editions of Men’s EuroVolley.

That is preceded by the match between six-time winners Italy, looking to earn gold for the first time since 2005, and Germany.

The semi-finals are both due to be held in Katowice in Poland on Saturday (September 18), followed by the medal matches at the same venue on Sunday (September 19).