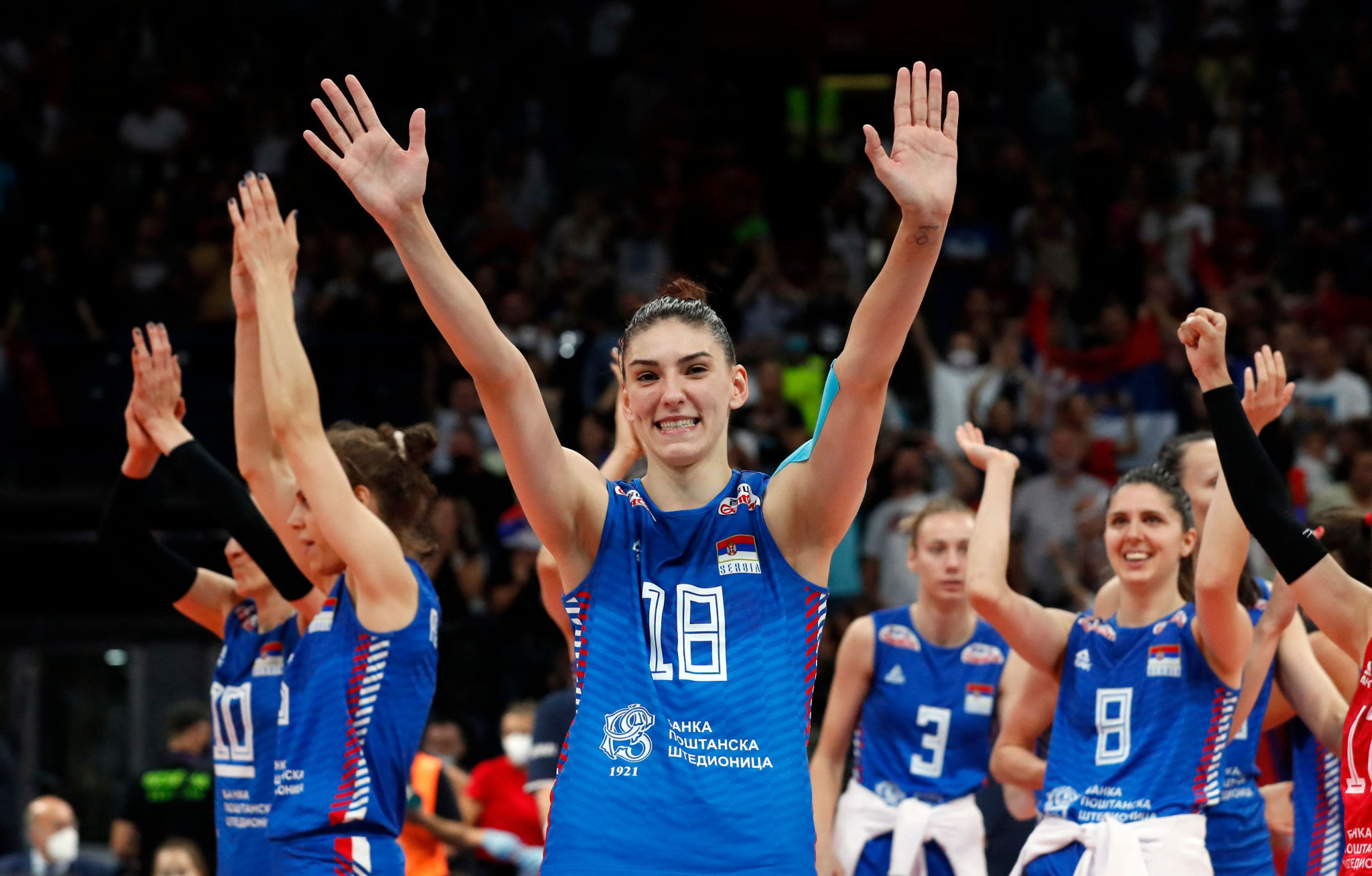 Serbia will defend their Women’s EuroVolley title against Italy in tomorrow’s final after respective 3-1 semi-final victories over Turkey and The Netherlands at the Štark Arena in Belgrade.

In front of more than 7,000 fans, Tijana Bošković helped their Serbians on their way with a 39-point haul.

It keeps Serbia's hopes of a third successive European title intact, fresh from winning the bronze medal at the Tokyo 2020 Olympic Games.

"It’s an incredible feeling to a play third EuroVolley final in a row," Bošković exclaimed.

"I am really proud of everything we did so far.

"In the first and the second sets, we were fighting for every point.

"Team Turkey was a great opponent, but I am happy about how we did not give up after they won the first set, and how we finished this game."

Serbia beat Italy in straight sets at the quarter-final stage of Tokyo 2020, but Italian coach Davide Mazzanti is looking forward to having the opportunity to compete for continental gold.

"We got in trouble only in the third set, but we improved our break point in the fourth set, we pushed a lot in serving," he said.

"I am very happy for our side-out.

"It went very well all match.

"I think tomorrow’s match will be a great challenge at a great stadium and I can’t wait to play."

Tomorrow’s final will also take place at the Štark Arena, and will be preceded by the bronze-medal match between Turkey and The Netherlands.

Turkey defeated the Dutch in straight sets when the sides met in pool D at BTarena in the Romanian city of Cluj-Napoca earlier in the tournament.