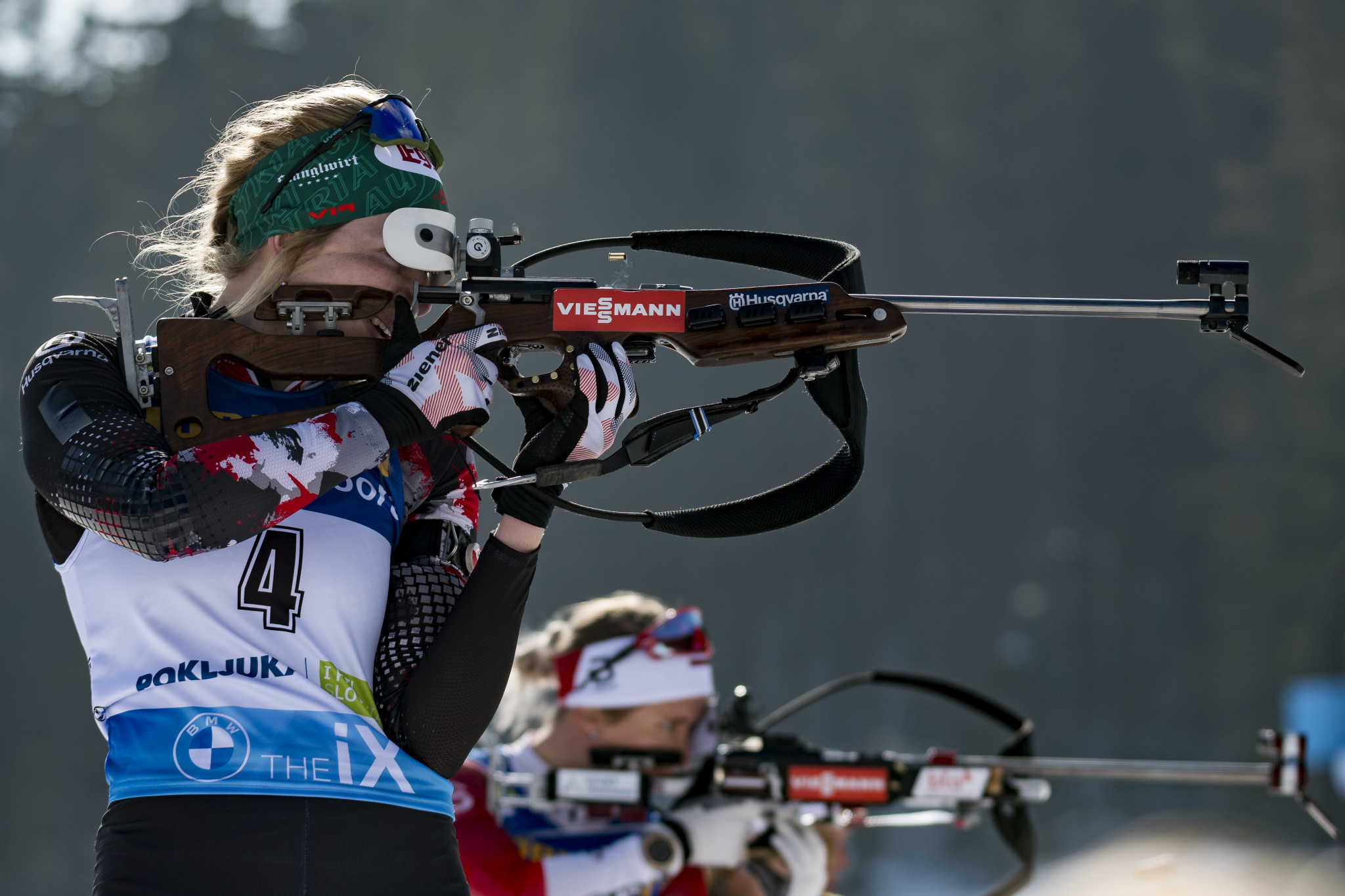 The Austrian Ski Federation (ÖSV) has completed the first three weeks of a training course for its women’s biathlon team, with sessions held in Oberhof in Germany and Martell and the Lavaze Pass in Italy.

The training camp started in Oberhof and sought to build the team’s endurance, including through rifle practice.

The altitude session in Martell aimed to prepare the biathletes for the conditions at the Beijing 2022 Winter Olympic Games, with the Italian resort situated more than 2,000 metres above sea level.

"Those who fail to adapt quickly to the altitude there will be at a clear disadvantage."

Roller ski units were introduced alongside rifle shooting for the third week at the Lavaze Pass.

The team returned home to Austria for treadmill tests in Hochfilzen.

A training competition has also been arranged in Ruhpolding in Germany next, before a return to Hochfilzen for test races.

The Austrian Championships in biathlon are due to be held in Obertilliach on September 11.

"We are currently a bit better than last year," Fischer claimed.

"Even if the last three weeks were really tough, we were able to train excellently and carry out our planned programme.

"Up to the test competitions, we will reduce the hours a little and increase the intensity so that we can start the races perfectly prepared.

"After a slow start into VP1 [preparation period one], where we were only able to train less due to the vaccinations and had to look for the optimal, tolerable training level for each individual athlete, we have been able to make up some ground again.

"I would even say that we are currently in a better mood than last year."

The gold medallist in the women’s mass start event at this year’s Biathlon World Championships in Pokljuka in Slovenia, Lisa Hauser, mixed relay silver medallist Dunja Zdouc and Christina Riede were among the biathletes who took part.

Zdouc explained the benefits she felt from the training programme.

"Oberhof was really cool because the weather was very good, so that we could go through with our plan and diligently collect training hours," Zdouc said.

"The flight of stairs up to the ski jump there was also a successful change, albeit very exhausting.

"It was also high in Martell.

"We insisted on going on a mountain tour to the rear Schöntaufspitze at 3,225m.

"In Lavaze things really got down to business.

"The scooter units became more and more intense, but we all got through well and still feel reasonably fit."

Austria has won three silver and three bronze biathlon medals at the Winter Olympic Games, with Dominik Landertinger earning the nation's only podium finish at Pyeongchang 2018 with a third place in the men’s 20-kilometre individual event.