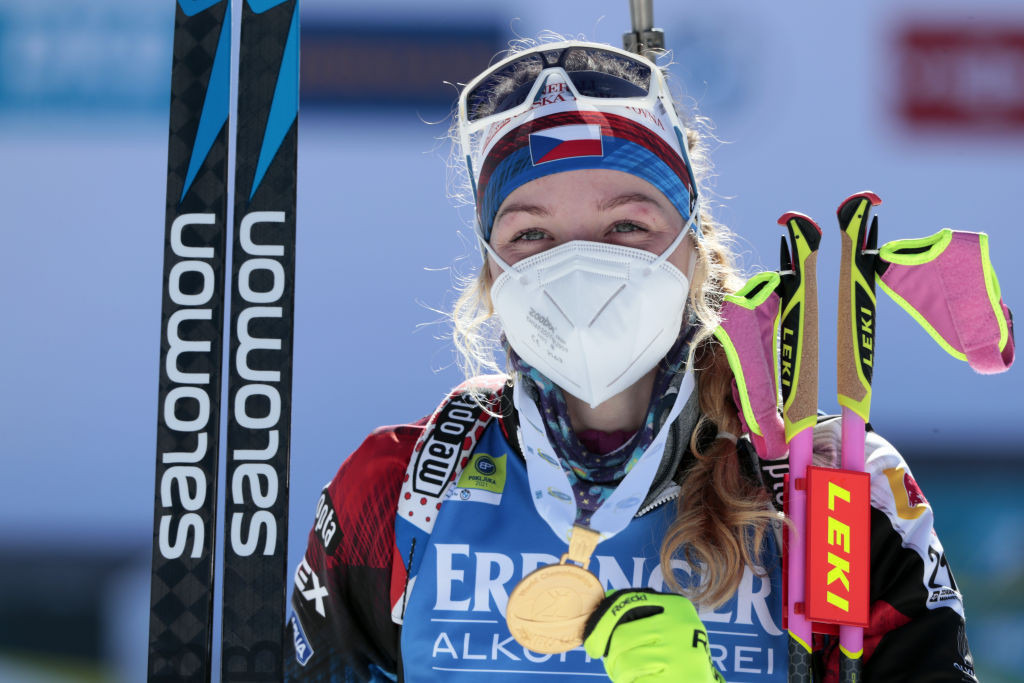 Marketa Davidova of the Czech Republic delivered gold for the host nation as she triumphed in the women's super sprint event at the Summer Biathlon World Championships in Nové Město.

Davidova, gold medallist in the 15 kilometres individual event at last year's traditional Biathlon World Championships, emerged victorious from a rainy last-loop battle with her Ukrainian rival Yulia Dzhima as she took the title in 22min 43.5sec.

The Czech athlete, who ended with three penalties, finished 2.9sec clear of Dzhima at Vysočina Arena.

"It was hard, rain and the wind was changing, but it was fun," said Davidova.

"This type of race is really difficult because there is not so much time between the qualifier and the final.

"I was angry because I always miss the last shot."

When you look behind you, because you cannot quite believe what you just did 🤩

Romania’s George Buta shot clean on his way to winning the men's super sprint race in 19:36.5.

Buta held his nerve in tricky conditions to secure the world title in front of the RBU’s Yaroslav Kostyukov, who ended 11 seconds down.

Florent Claude of Belgium clinched the bronze medal, a further 4.7sec behind the triumphant Romanian.

Buta said he was hopeful the result would boost his chance of sealing a place on the Romanian team for the 2022 Winter Olympic Games in Beijing.

"It was a big surprise for me," said Buta.

"I am very happy with this result and hope I can qualify for the Olympic Games."

The Summer Biathlon World Championships at the Czech venue are due to continue with the junior and senior sprint races tomorrow.