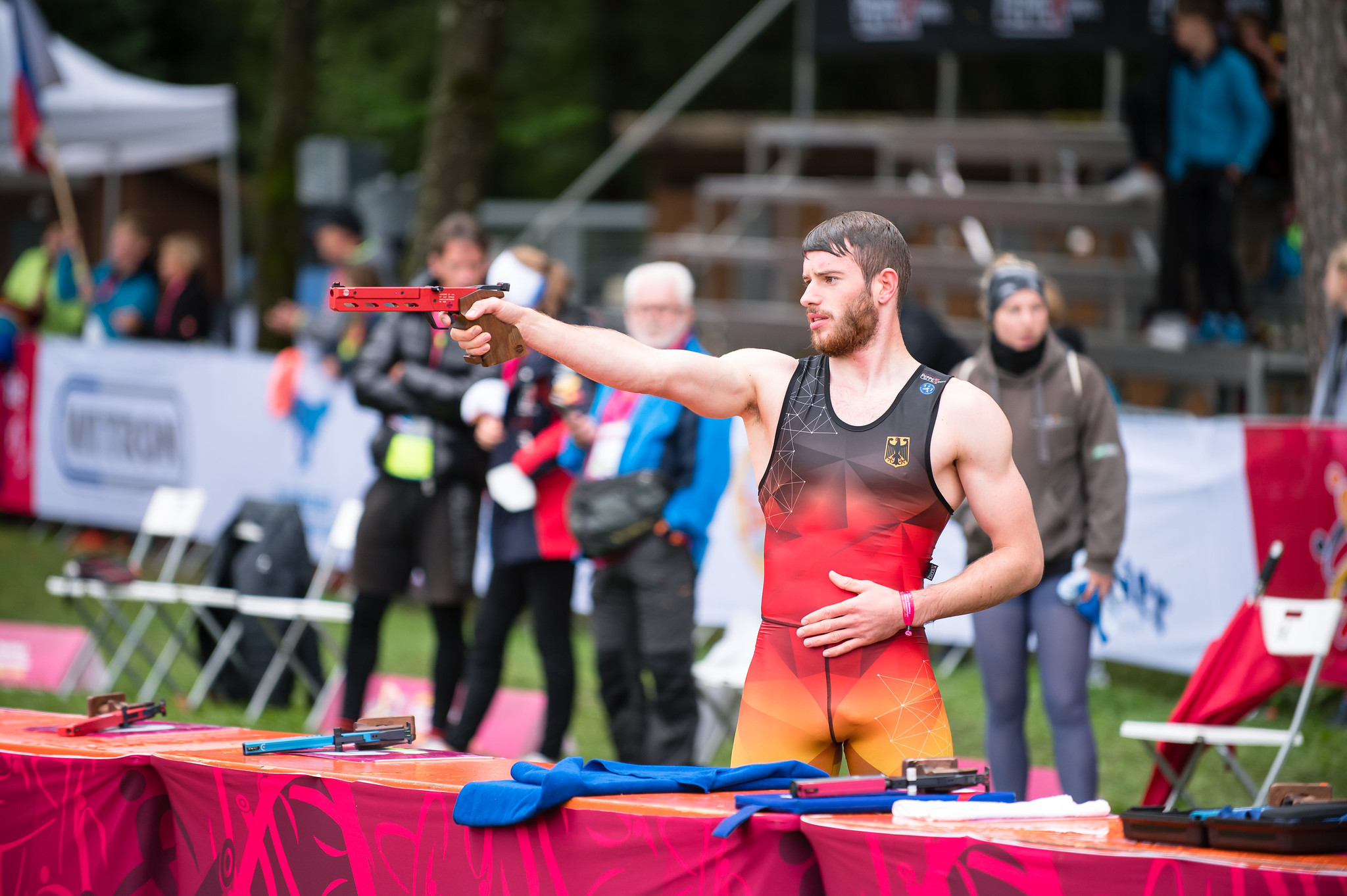 Mixed relay events have been held at the International Modern Pentathlon Union (UIMP) Biathle-Triathle World Championships in Weiden in Germany, with the host nation's Annika Schneider and Uli Raeth winning both senior races.

Last year’s edition was cancelled because of the COVID-19 pandemic, and UIPM President Klaus Schormann said he was delighted to see its return.

"It is wonderful to be here in Weiden to see the return of the UIPM Biathle-Triathle World Championships after the cancellation in 2020 linked to COVID-19," Schormann said.

"This competition is a cornerstone of the UIPM development programme and a very popular event for athletes of all ages from across our global movement.

"We can see this in the presence of more than 300 athletes from 25 countries here in Weiden."

The first day saw the mixed biathle relays held, featuring a run, swim and then another run.

Turkey triumphed in the under-15 relay, and Kazakhstan in the under-19, while Estonia came out on top in the juniors' event - for those 21 and younger.

The senior relay was won by Schneider and Raeth of Germany in 16 mins 35.00sec, beating Spain's Maria Carnero Heres and Soriano Manuel's time of 19:00.00 by nearly two-and-a-half minutes.

Schormann commented after the first day of action: "We saw some excellent racing today in the biathle mixed relay categories, and I’m sure we will see the same level of commitment and passion over the next three days as the new world champions in biathle and triathle are crowned."

The triathle relays were held today, featuring a swim, run and shoot.

Egypt clinched two further titles in the age-group races, with Farida Khalil and Mohanad Ali clinching their second golds of the championships in the under-11 race and Malak Ismail and Mohamed Mohamed doing likewise in the under-17s.

Austria won the under-13 relay, the Czechs edged a close under-15 race by just over two seconds, and Greece won the under-19 event by more than a minute.

The juniors race saw the Czech Republic also come out on top.

Schneider and Raeth claimed their second gold medals of the event in the seniors triathle relay, as did Picault and Laporte in the masters over-40.

Meike Hoffmeister and Marcus Schattner picked up Germany’s third gold in the masters over-50, and South Africa enjoyed success in the 60-plus courtesy of Lynette Fischer and Johan Windt.

The male and female individual triathle races are being held tomorrow, with the biathle events taking place on Sunday (August 29) to draw the World Championships to a close.