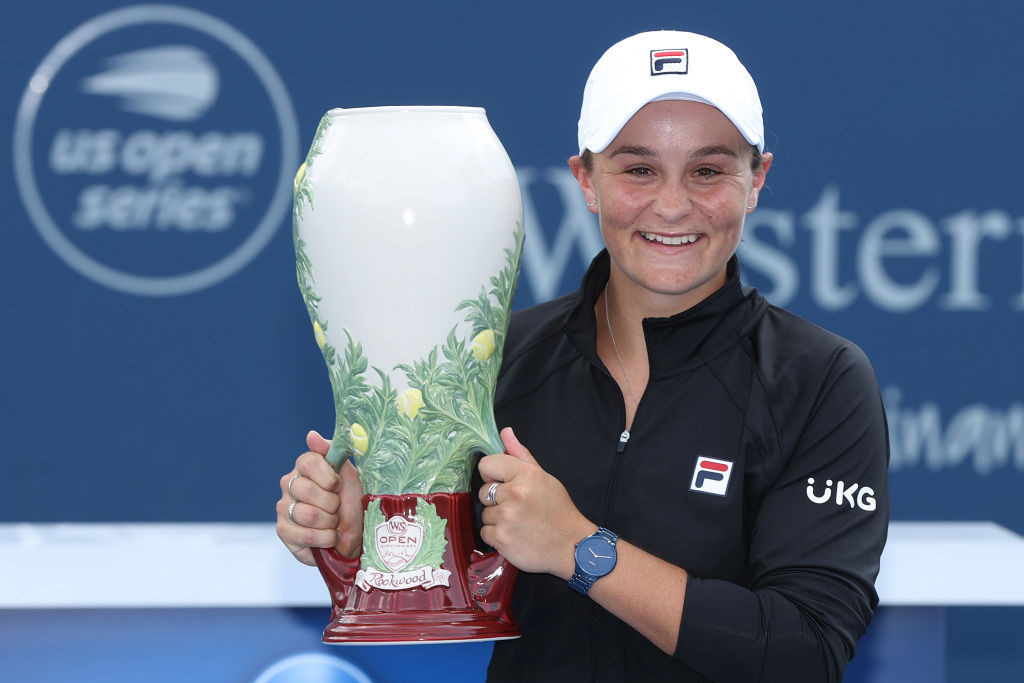 World number one Ashleigh Barty and Olympic champion Alexander Zverev enjoyed the perfect warm-up for the US Open by claiming the respective women's and men's titles in dominant fashion at the Cincinnati Masters.

Barty, who will seek a first US Open crown when the final Grand Slam of the year begins next week, eased to a 6-3, 6-1 victory over Swiss wildcard Jil Teichmann in the women's final.

The Cincinnati Masters, an Association of Tennis Professionals Masters 1000 and Women's Tennis Association 1000 event, is typically used by the players as a tune-up for the US Open at Flushing Meadows in New York City.

Wimbledon champion Barty will head into the US Open as the favourite for the women's title and a third Grand Slam success after she also won the 2019 French Open.

The Australian star was rarely troubled in the final by world number 76 Teichmann, who had hoped to cap off her fairytale run in Cincinnati with the biggest triumph of her career.

Barty seized the initiative midway through the opening set before closing out a victory which clinched her fifth title of the season.

"To my team, we've been on the road for nearly six months but it's been a joy every single day so thank you for hanging in there with me," Barty said.

Germany's Zverev stretched his unbeaten run to 11 matches heading into the US Open by defeating Rublev, who upset compatriot and world number two Daniil Medvedev in the semi-finals, to seal the men's crown.

Zverev, runner-up at last year's US Open, outclassed Rublev in the opener and survived being broken late in the second set to maintain his superb recent run of form.