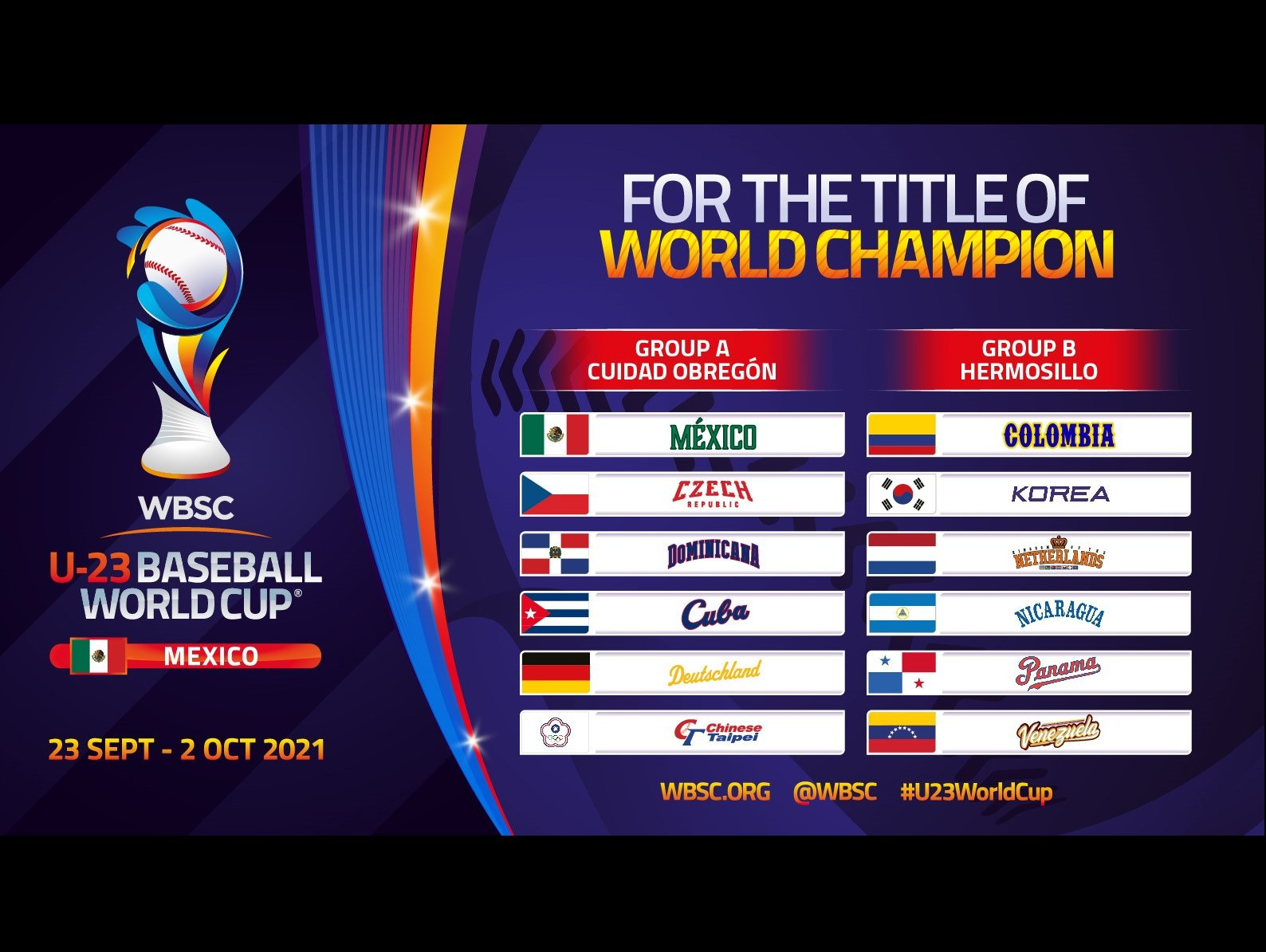 Japan have withdrawn from the Under-23 Baseball World Cup, with competition's most successful nation not included on the list of entrants for the event in Mexico due to coronavirus-related travel restrictions.

The World Baseball Softball Confederation (WBSC) has confirmed the 12 teams that will participate at the event, which had been due to take place last year before being pushed back to 2021 because of the COVID-19 pandemic.

Japan had been one of the four Asian nations to qualify for the tournament, scheduled to run from September 23 to October 2 in Sonora.

China, South Africa and New Zealand had also qualified but are not on the confirmed list of entrants.

Travel restrictions related to the pandemic have been blamed for Japan pulling out.

Organisers have now revealed the composition of the two groups, with defending champions Mexico drawn in Group A along with Czech Republic, Dominican Republic, Cuba, Germany and Chinese Taipei.

Ciudad Obregon will host Group A games and the round to decide seventh to 12th places, while Sonora capital Hermosillo will stage Group B and the super round.

"For the first time in over two years, a Baseball World Cup is set to be staged," said WBSC President Riccardo Fraccari.

"I commend all the respective National Federations and teams for their strong desire to return to the field and compete for an official world title."

This is the second time that Mexico will host the competition, with Colombia staging it in 2018.

Japan is the most successful team with two silver medals and one gold.

The Under-23 Baseball World Cup is the third-most-important international baseball tournament in terms of distribution of world ranking points, following the Premier12 and the World Baseball Classic.