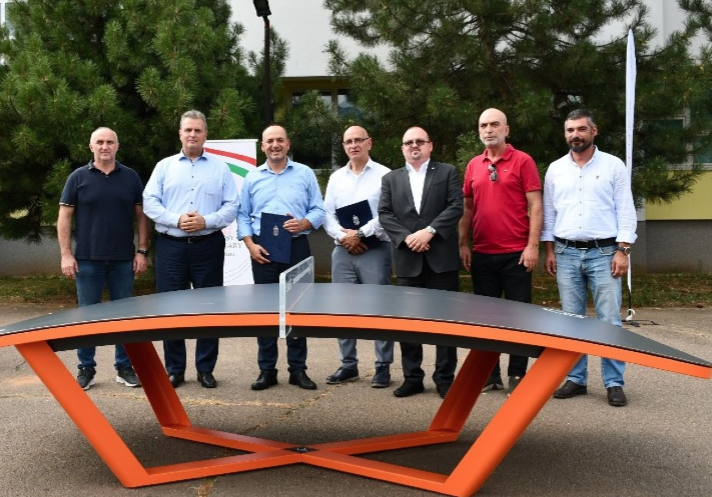 The International Federation of Teqball (FITEQ) and the Ministry of Foreign Affairs Hungary have donated teq tables to the Kosovan municipalities of Prizren and Pristina.

The initiative is part of FITEQ's ongoing effort to drive the growth of the sport globally, and will also promote active and healthy lifestyles in Kosovo.

It is also designed to boost Kosovan teqball before the sport appears at the next European Games.

Ceremonies were held in both locations to celebrate the table donations, with local officials and FITEQ representatives in attendance.

"Thank you to everyone in Prishtina and Prizren for making both events a huge success," said FITEQ general secretary Marius Vizer Jr.

"Kosovo is incredibly passionate about football, and therefore we believe there is a huge opportunity to introduce teqball to more people and inspire the next generation of teqers in Kosovo."

Following the handover ceremonies, coaches and referees completed education training courses as part of FITEQ’s ongoing development roadshow which has been rolled out in advance of the 2023 European Games.

Teqball has been included on the sport programme for Kraków-Małopolska 2023.

There will be men's and women's singles and doubles tournaments - as well as mixed doubles - contested at the next European Games.

Director of culture at the Municipality of Pristina Adrian Berisha, Kosovo's Deputy Minister of Culture, Youth and Sport Daulina Osmani, Mayor of Prishtina Shpend Ahmeti, head of the sports diplomacy department of the Hungarian Ministry of Foreign Affairs and Trade István Iglói-Nagy, official representative of teqball in Kosovo Bashkim Hasani and Hungarian Ambassador József Bencze attended the events in Pristina.