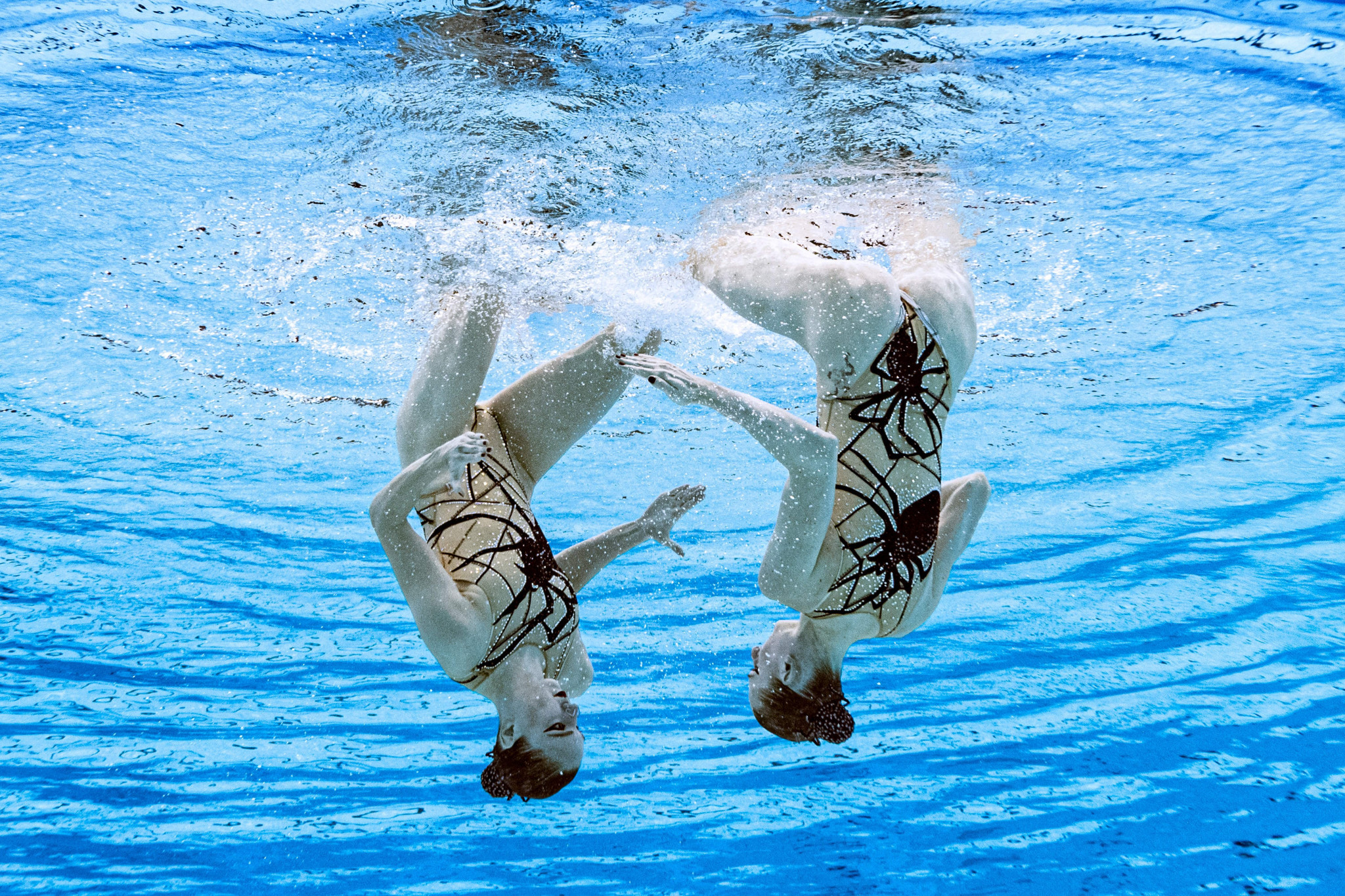 World Champions Svetlana Kolesnichenko and Svetlana Romashina of the Russian Olympic Committee (ROC) won Olympic gold in the duet with a score of 195.9079 to cement their position as the dominant pairing in artistic swimming.

Huang Xuechen and Sun Wenyan of China won silver with 192.4499 and bronze went to Ukrainians Marta Fiedina and Anastasiya Savchuk with 189.4620.

The two Svetlanas led the competition after the technical routine with 97.1079, and their free routine achieved the highest marks of the night for execution, artistic impression and degree of difficulty.

The routine to a modern arrangement of Kalinka was based on the theme of a spider.

"I think that you can see that this routine is very difficult," Romashina said after securing the 14th ROC gold medal of the Games.

"We had a first line without breathing at all, and I think that if a normal person tried to do it just sitting on the sofa, it would be very difficult.

"Of course it's more difficult to do it in the water."

The routine had been seen live only by officials and team mates.

"If you ask any athlete, what was the odd or most weird thing, it was to perform in front of empty bleachers with no spectators," Romashina added.

"It’s the very first time I’m going through such an experience.

"You go out and there’s no one is sitting in the bleachers.

"This is a unique Olympics in Tokyo, but hopefully this will never happen again."

For Romashina, it was a third successive gold in duet and a record sixth Olympic gold overall.

Kolesnichenko had won team gold in 2016.

"We are very happy.

"I think we are happy with our work and about our team.

"I don't count the medals, I just want to feel this moment."

China’s routine had been based on a snake, and the top finished in the same order as they had qualified for the final.

"We had another theme in the World Championships, but our coach said we needed a theme that is more obvious," Huang said.

"When you have a more obvious theme, it's easier to get into the concept.

"Also, we were hoping the snake would beat the spider."

Fiedina and Savchuk’s bronze was the first Olympic medal in artistic swimming for Ukraine.

"We worked so many years, so many hours spent in the water, and this was not a surprise," Fiedina said.

"We've been working so hard and doing all that we can."