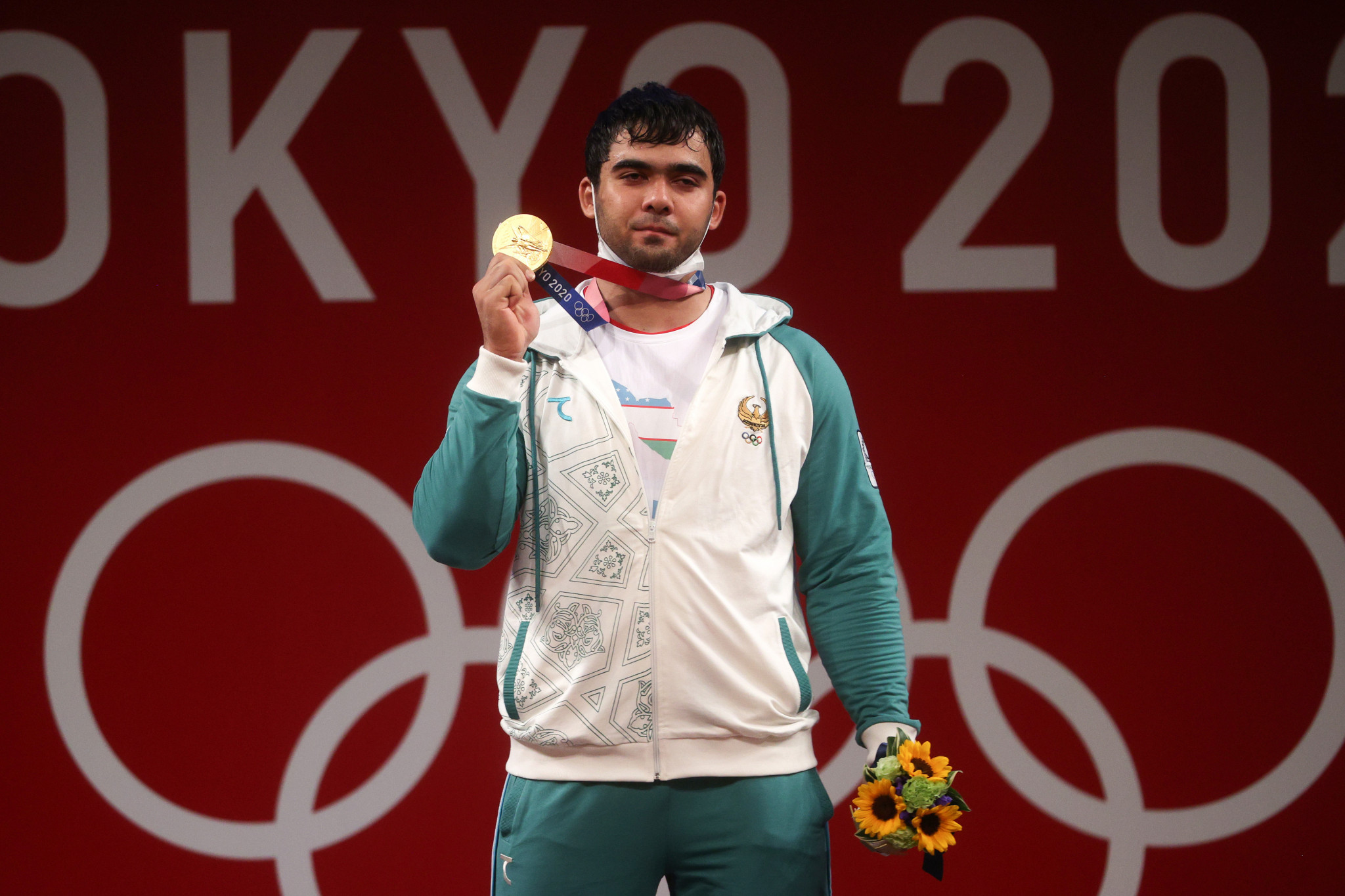 The 21-year-old won the International Weightlifting Federation (IWF) Junior World Championships title at this weight less than two years ago and is the youngest men’s winner at Tokyo 2020.

Martirosyan, Armenia’s only male lifter at these Games, had two attempts at 238kg to overtake Djuraev but never looked like making either of them, crumpling to the floor both times.

His defeat means that, for the second Olympic Games in succession, Europe's only chance of a winner comes on the final day in the men's super-heavyweights.

Every men’s winner so far has come from Asia, while there have been five Asian and two Pan American winners in the women’s events.

It is unthinkable that the hot favourite and 2016 champion Lasha Talakhadze of Georgia could lose on Wednesday, but if he does and there is no European winner, it would be the first time that has happened since 1948.

In 1988, all 10 golds were won by Europeans and as recently as 2004 Europe had seven Olympic champions, but the balance of power has swung firmly to Asia.

It happened at a micro-level in today’s contest, when Martirosyan could not overcome Djuraev’s challenge, losing by 7kg.

The Asian lifter’s big moment came when he made 237kg with his final attempt, having just failed at 3kg lower, to set Olympic records in clean and jerk and total.

An outstanding five-from-six effort by Arturs Plesnieks of Latvia earned him the bronze medal.

Plesnieks, 29, finished 10th and ninth at the past two IWF World Championships and was only sixth at the European Championships in Moscow in April, behind three of today’s rivals.

But he secured a career-best total by making a final attempt at 230kg, knocking the Russian Timur Naniev down to fourth place and leaving Bulgaria’s Hristo Hristov fifth.

Ali Hashemi of Iran, another who might have been a medal contender on a better day, failed with all his clean and jerk attempts.

Djuraev is arguably not even the best 109kg lifter in Uzbekistan, but the man who beat him at the recent Asian Championships, Ruslan Nurudinov, was not eligible for Tokyo because of a doping ban that ended last December.

Nurudinov, who won the old 105kg category at Rio 2016, was suspended in 2018 when reanalysis of a stored sample from London 2012, where he had finished fourth, tested positive.

Nurudinov, 29, set a world record clean and jerk of 241kg at the Asian Championships, hosted in his own country, and could compete alongside Djuraev at the IWF World Championships due to be held in November.

Martirosyan, who still holds the total world record with 435kg, had a troubled preparation for Tokyo.

The 23-year-old had injury problems, bombed out at the European Championships in Moscow in April, and was involved in a vehicle accident in which a pedestrian died.

Although he had to undergo legal proceedings, Martirosyan was cleared to compete in the Olympic Games.