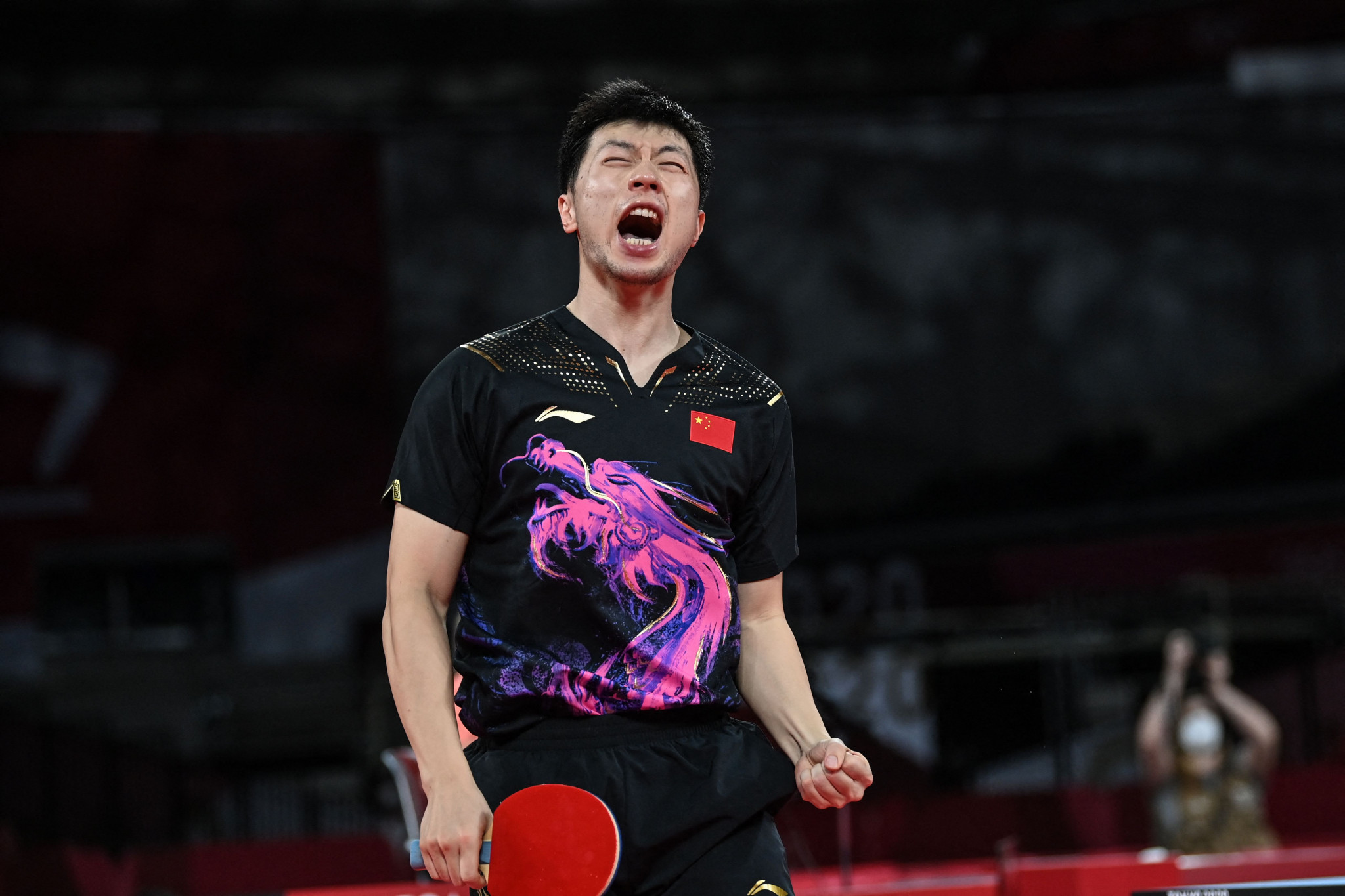 It was the match table tennis fans had hoped to see with the world’s two best players going toe-to-toe for the Olympic gold medal - and it did not disappoint.

Fan arrived at Tokyo 2020 as the number one seed and a real threat to Ma having become a serial winner on the International Table Tennis Federation (ITTF) World Tour in recent years.

But Ma, who claimed the season-ending ITTF World Tour Grand Finals last November, proved once again that he remains the top dog on the grandest of stages.

It means Ma becomes the first man to win the men’s singles gold for a second successive Games following his victory at Rio 2016 where he beat another compatriot in Zhang Jike.

The ITTF described Ma as the "undisputed GOAT [greatest of all time]" as he earned his fourth Olympic gold medal.

"I think both Fan Zhendong and myself achieved our goal of making it an all-China final," said Ma.

"We are now determined to get the gold medal again for the Team’s event. I was enjoying myself and did not put too much pressure on myself today.

"You have just got to go out there and do your best.

"If your opponent makes a mistake, you take advantage of it.

"I managed to do all of that today."

Ma did not take long to stamp his authority on the match, winning the first seven points before going on take the opening set in emphatic fashion with a thumping shot.

Fan hit a brilliant forehand winner in the third point of the second set before forcing an error from the Ma racket as he tried to fire himself up.

The world number one moved 7-6 in front only for Ma to regain the lead at 8-7.

Locked at 10-10, Fan lifted his game again to win the next two points to level terms in the match.

Fan won another stunning exchange with a brilliant backhand winner as he edged 5-4 in front at the start of the third set, but Ma responded.

With Ma leading 9-8, a timeout was called by Fan.

This appeared to get under the skin of Ma who came out firing, winning the set with a powerful forehand before staring down his rival.

Having regained momentum, Ma looked to press home his advantage as he moved into a 3-0 lead.

Fan slipped 9-5 behind as the pressure told.

He reduced the gap to two points but then pushed a shot long before a sensational crosscourt forehand winner secured Ma the set.

Leading 3-1 in sets, Ma then appeared to take his foot off the gas as Fan took complete control of the fifth set.

Fan was getting the better of the long rallies as he lost just three points in a dominant set to give himself hope of a comeback.

But Ma quickly hit top form again as the intensity of the match increased to another level.

Ma powered into a 6-3 lead before Fan responded with a brilliant winner.

The two players were putting on a great show, producing many extraordinary points, but it was Ma who was coming out on top in most of them as he moved 9-5 in front.

Ma missed the first of those before winning the next as Fan netted.

"I had my chances but just couldn’t take them today," said Fan.

"Although I could not win a gold medal, I still managed to win a silver on my Olympics debut, so that is something I can be proud of."

In the bronze medal match, Lin led 2-1 and 3-2 in sets but was unable to convert four match-point opportunities in the sixth as Ovtcharov forced a decider.

Ovtcharov refused to go away and his persistence paid off in the final set, securing his second Olympic singles bronze medal -adding to the one he won at London 2012.

"He had so many match points, and I felt it was over for me," said Ovtcharov.

"But he missed, and in a blink of an eye later, I felt I had some divine help, and I was so delighted to be back in the game.

"On the one hand, I invested so much time and effort for that one single point.

"On the other hand, it can be so ugly when you do so much, and you lose by one point.