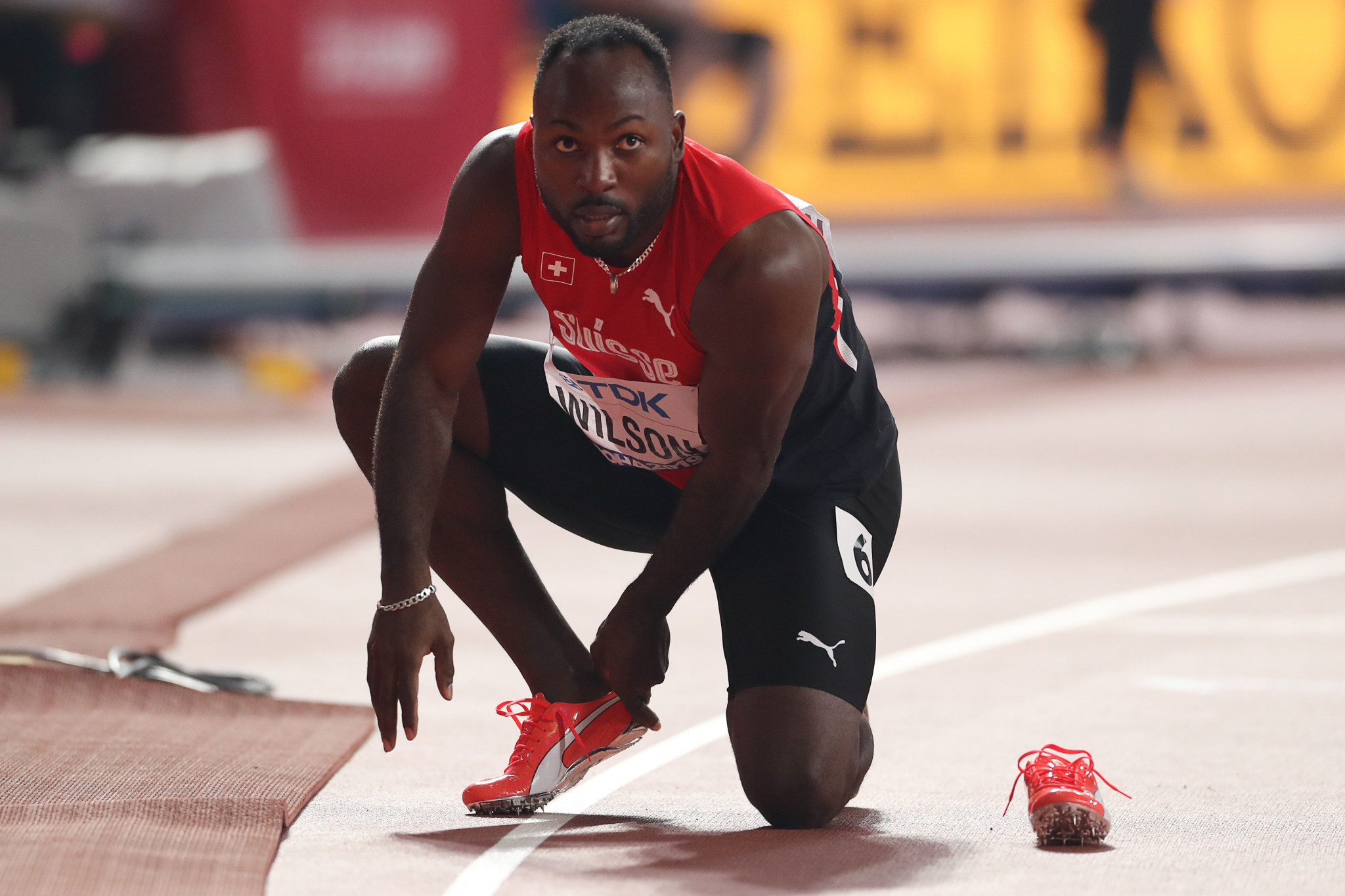 Swiss sprinter Alex Wilson has been ruled out of Tokyo 2020 after the Court of Arbitration for Sport (CAS) reinstated a provisional suspension.

An out-of-competition sample collected from Wilson on March 15 revealed the presence of a metabolite of an anabolic steroid trenbolone.

The substance is banned at all times.

Wilson claimed the presence of the prohibited substance was caused by contaminated beef he ate in a Jamaican restaurant in the United States.

He challenged a provisional suspension at the disciplinary chamber of Swiss Olympic, and succeeded in having the decision lifted on July 2.

But the Athletics Integrity Unit (AIU) appealed the decision to the CAS Ad Hoc Division at Tokyo 2020 here.

A hearing was held virtually on July 25, with a decision taken to reimpose Wilson's provisional suspension.

"The panel noted that the test applied by the Disciplinary Chamber of Swiss Olympic was whether the positive finding could have been caused by the consumption of contaminated beef," the CAS said.

"Such criterion is not in line with the applicable rules of Anti-Doping Switzerland which provide that the test is to determine whether it is likely or probable that the positive finding was caused by the consumption of contaminated beef.

"The panel was therefore satisfied that the conditions to impose a provisional suspension were met.

"The panel concluded that the provisional suspension imposed on the athlete on April 28, 2021 should not have been lifted by the Disciplinary Chamber of Swiss Olympic.

"It follows that the decision of the Disciplinary Chamber of Swiss Olympic dated July 2, 2021 is set aside and the provisional suspension shall be reinstated with immediate effect."

Wilson, who was born in Jamaica, holds the Swiss records in the 100 and 200 metres.

He had qualified to represent Switzerland in both events at Tokyo 2020, but has now been ruled out of the Games.

Wilson competed for Switzerland at London 2012 where he reached the men’s 200m semi-finals, and he earned a bronze medal over the distance at the 2018 European Championships in Berlin.

He has reached semi-finals at the past two World Athletics Championships.

"The AIU has the responsibility for overseeing all national-level cases alongside the cases in its direct jurisdiction," said Brett Clothier, head of the AIU.

"We were not satisfied with the national-level decision to lift the mandatory provisional suspension on the athlete and so together with WADA we appealed the decision.

"Today's ruling by the CAS Ad Hoc division is the right outcome and demonstrates a proper application of the rules.

"This case reflects the AIU's commitment to protecting the interests of clean athletes and ensuring a level-playing field in Tokyo."

A full hearing on the case will be heard at a later date.

Swiss Olympic say the organisation regrets the case, which follows the recent nine-month ban handed to Kariem Hussein for a breach of anti-doping rules.

"The two cases are not related and cannot be compared," a Swiss Olympic statement read.

"But they show that the international and national sports associations must not compromise when it comes to preventing doping.

"Swiss Olympic is convinced that the fight against doping must be carried out with all consistency.

"Even if it means that Swiss Olympic and Swiss Athletics will be confronted with the negative aspects and downsides of sport and the associated headlines for the second time within a few days."

Wilson is the latest absentee from the men's 200m field, with Ecuador sprinter Alex Quinonez ruled out of the Games last week.

He was provisionally suspended for anti-doping whereabouts failures at the start of July.