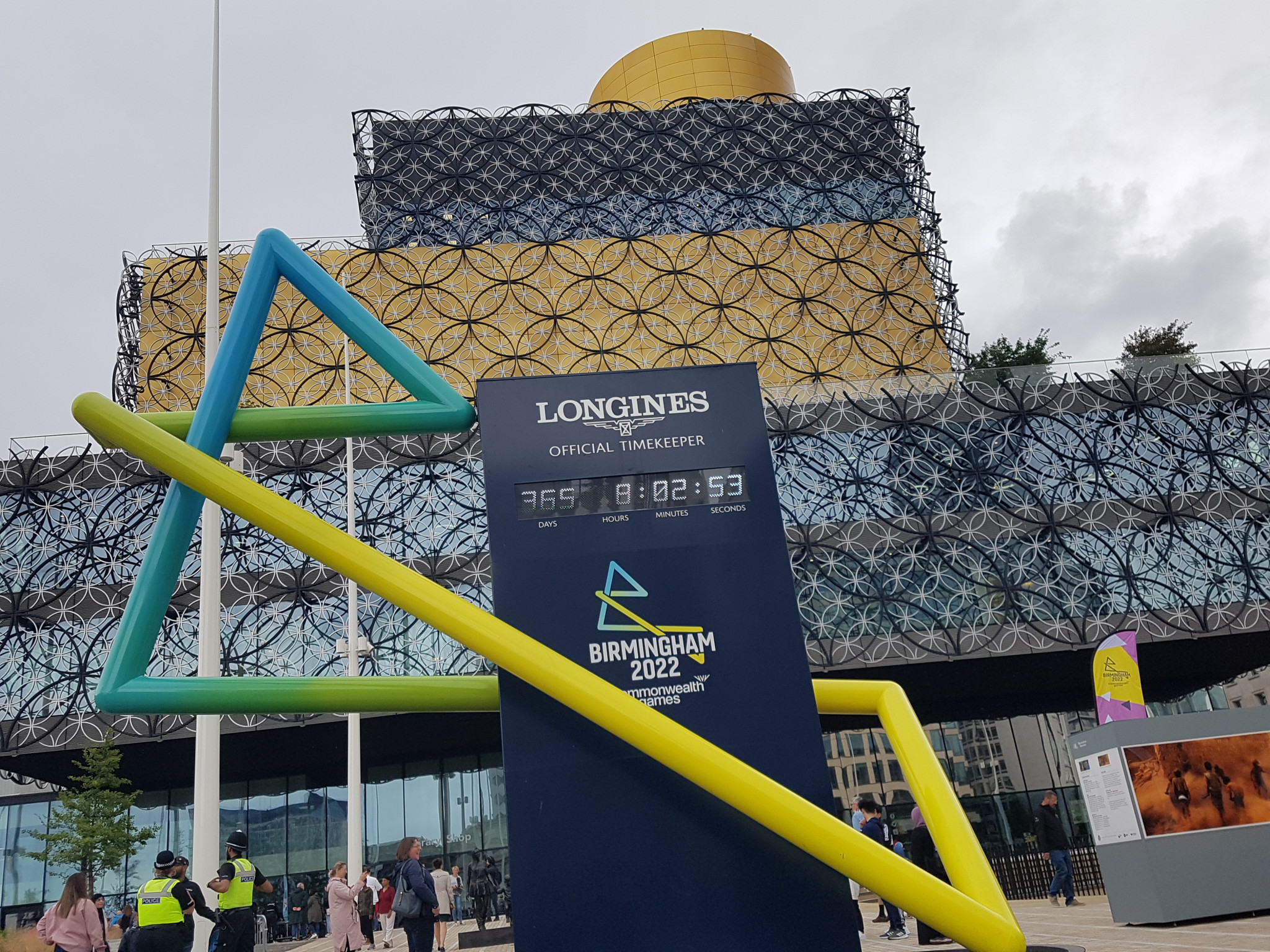 With exactly a year to go until the Birmingham 2022 Commonwealth Games, organisers held a day of celebration in Centenary Square, which was filled with activities for the public.

The festival coincided with Birmingham 2022's announcement that the main ballot for tickets will open on September 8, and end on September 30.

Those in the West Midlands can still access priority tickets before the deadline tomorrow.

A spectacular drone show also lit up the Birmingham sky in the early hours of the morning, as 300 unmanned aerial vehicles made shapes including the Birmingham 2022 logo, pictograms of sports on the programme, the text "Birmingham 2022" and the bull statue which has become a city landmark.

Come-and-try pop-up events took over the space in the city centre, featuring sports on the Birmingham 2022 programme such as athletics, 3x3 basketball, volleyball, boxing and cricket.

Weightlifting, judo, wrestling, squash, table tennis, badminton, netball and lawn bowls had their own spaces, giving hundreds of young people an opportunity to try the sports in person.

English National Federations provided support for those interested in finding their local clubs too.

Birmingham 2022 mascot Perry, a bull named after an area of Birmingham and one of the major hubs for the Games, Perry Barr, also made an appearance.

English athletes from across Commonwealth sports were involved in the come-and-try events, lending a hand in demonstrations.

Commonwealth Games Federation (CGF) President Dame Louise Martin attended the festival alongside a group of established representatives associated with the organisation of the Games.

Despite downpours during the festival, Reid was encouraged by the turnout from the public.

"It’s really good for people out here trying our sports despite some rain," Reid said to insidethegames.

"It's a huge milestone for us.

"I think with the public now that the Olympics is on, we’re getting some brilliant British success that'll inspire them [public] even more.

"A lot of those medals that we’ve won so far have been in Commonwealth sports so they’ll be here next year.

"Of course the appetite for the Games through our ticket applications and volunteer applications has been incredible."

Dame Louise, who has served as the President of the CGF since 2015, praised the redevelopment of Birmingham and its organisation next year's Games.

"To get this far and see the city as it is now having been in it for the past five years, there has been some unbelievable changes," dame Louise told insidethegames.

"I think the people of Birmingham are going to be so proud of what happens at these Games.

"Birmingham will show exactly what we want to do and will show you don’t need the seven, eight, nine years' run-in to the Games.

"If the infrastructure is partially there and if you partner with other people and do something slightly different that brings everybody together, you can do it in four or five years."

Lewis-Francis, who competed in three Commonwealth Games for England - winning gold and silver medals at Delhi 2010 - and famously led the British team home in the 4x100m race at the Athens 2004 Olympics, was optimistic about what Birmingham 2022 can deliver in the long term.

"The last Commonwealth Games that I competed in in the UK was in Manchester in 2002 and it was an amazing Games, so I know that Birmingham is going to live up to expectations and put on an amazing show," Lewis-Francis said, speaking to insidethegames.

"I’ve competed at three Commonwealth Games and achieved a medal in the last one in Delhi in 2010 so for me just to be there as a voice for the people, that’s what I’m here for."

The Birmingham 2022 Commonwealth Games are set to take place from July 28 to August 8 next year.

Following Manchester in 2002 and Glasgow in 2014, it is set to be the third Commonwealth Games in the UK this century.