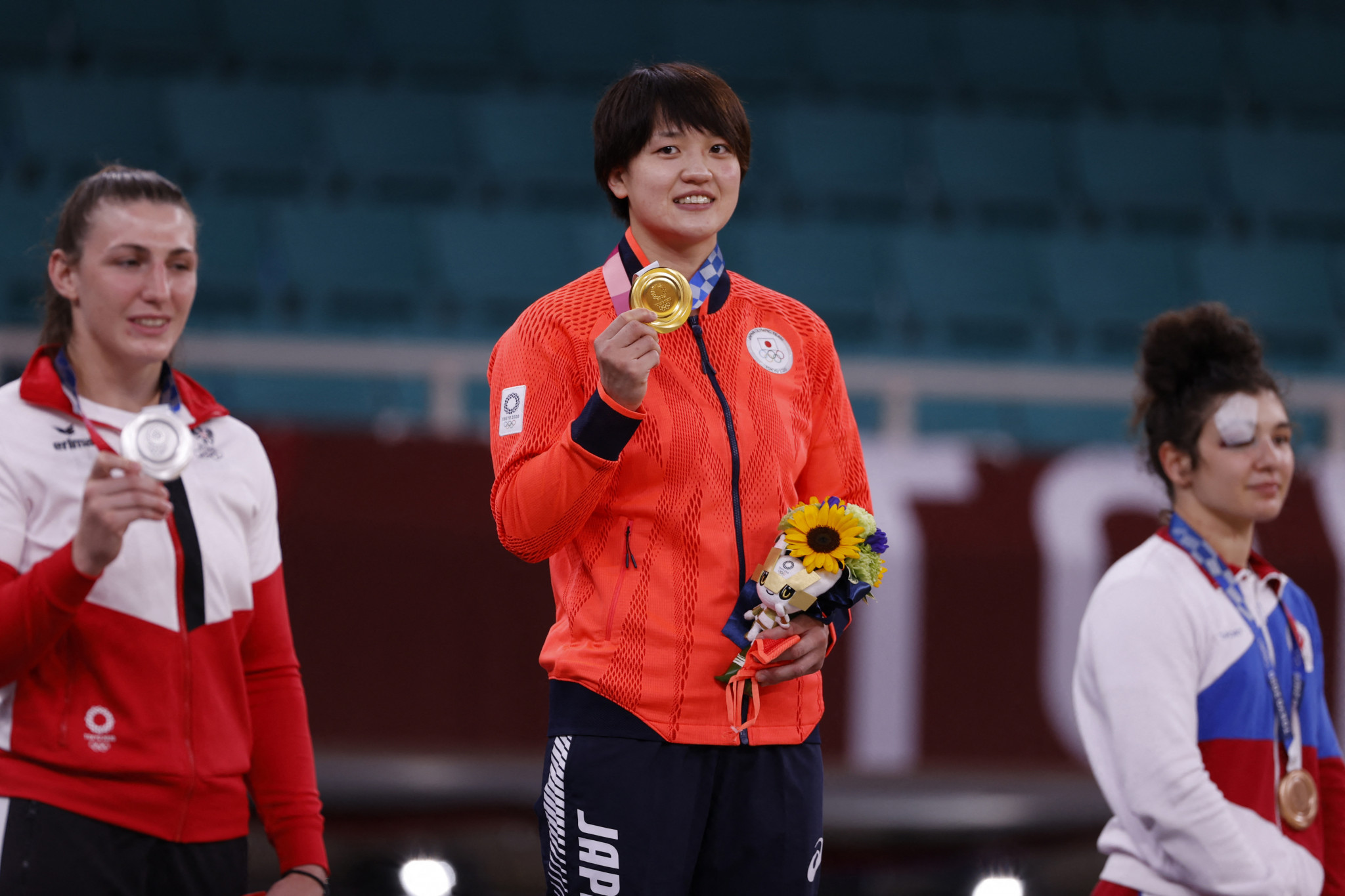 Two-time world champion Arai was hoping to secure Japan’s sixth judo gold medal in five days, with the local athlete the favourite to win the women’s under-70 kilograms event.

Her semi-final contest would prove a gruelling affair lasting 16 minutes and 41 seconds, with a golden-score period lasting for more than 12 of those.

The Russian Olympic Committee's (ROC) Madina Taimazova provided the opposition and despite sporting a worsening black eye, diligently stayed in the contest.

Both judoka thought they had won the bout during the golden-score period, but officials signalled for the bout to continue.

Arai eventually advanced to the final after being awarded an ippon by pinning Taimazova, who was seen to by medical staff before being assisted away by her coach.

Arai recovered for the final against Austria’s Michaela Polleres, who had eliminated world champion Barbara Matić of Croatia in the quarter-finals and Dutch top seed Sanne van Dijke in the last four.

There was no upset in the final as Arai triumphed through a waza-ari score to clinch gold, while Polleres was able to celebrate a hard-earned silver medal.

Taimazova would take to the tatami for her bronze-medal bout against Matic, with the ROC athlete winning by waza-ari.

The second bronze was earned by Van Dijke through an ippon score against Scoccimarro.

European champion Bekauri outlined his status as a contender in the men’s under-90kg event with three consecutive ippon scores to reach the semi-finals.

Bekauri was able to earn a waza-ari win over ROC’s Mikhail Igolnikov, who had beaten top seed Nikoloz Sherazadishvili of Spain in his quarter-final.

A strong start to the gold-medal bout against Germany’s Eduard Trippel saw Bekauri achieve a waza-ari score, but narrowly miss out on pinning his rival for an ippon.

Trippel attempted to haul himself back into the contest late on, but Bekauri maintained his composure to secure gold and spark scenes of celebration among the Georgian delegation.