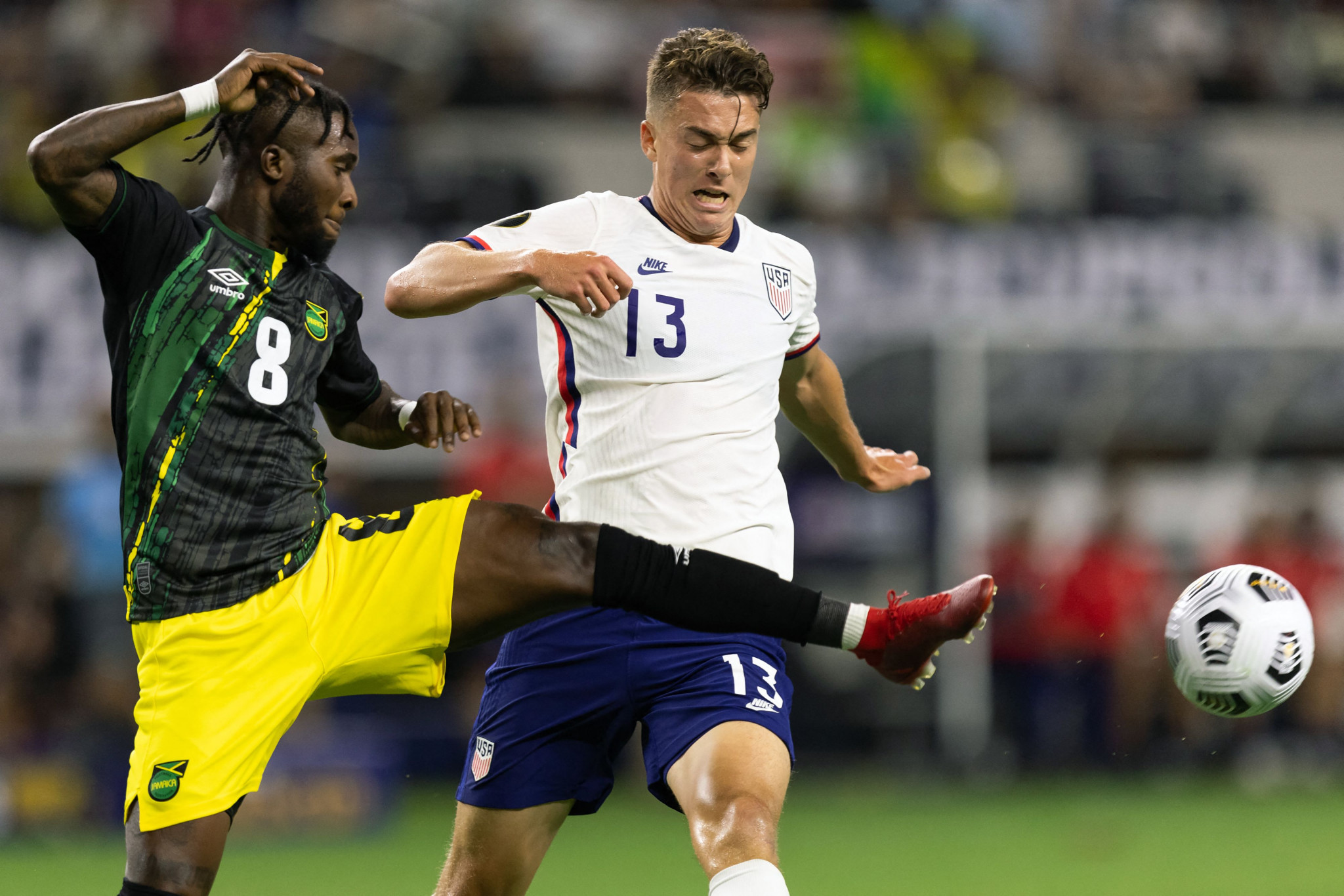 United States left it late to beat a brave Jamaica side 1-0 and book a Gold Cup semi-final against guest nation Qatar.

The "Reggae Boyz" kept the six-time champions at bay for much of the contest at AT&T Stadium in Arlington, but the hosts struck with seven minutes left to play.

Matthew Hoppe headed in his first international cross from a Cristian Roldan delivery to confirm the intriguing prospect of a clash with the 2022 FIFA World Cup hosts and Asian champions.

In today's other quarter-final, Canada confirmed a last four clash with defending champions Mexico after beating Costa Rica 2-0 at the same stadium.

Junior Hoilett lobbed Costa Rica goalkeeper Esteban Alvarado for the opener after 18 minutes and Stephen Eustaquio made good use of a lucky bounce to fire in the second with 69 minutes played.

It means Canada have qualified for the last four for the first time since 2007.

Both semi-finals are on Thursday (July 28).