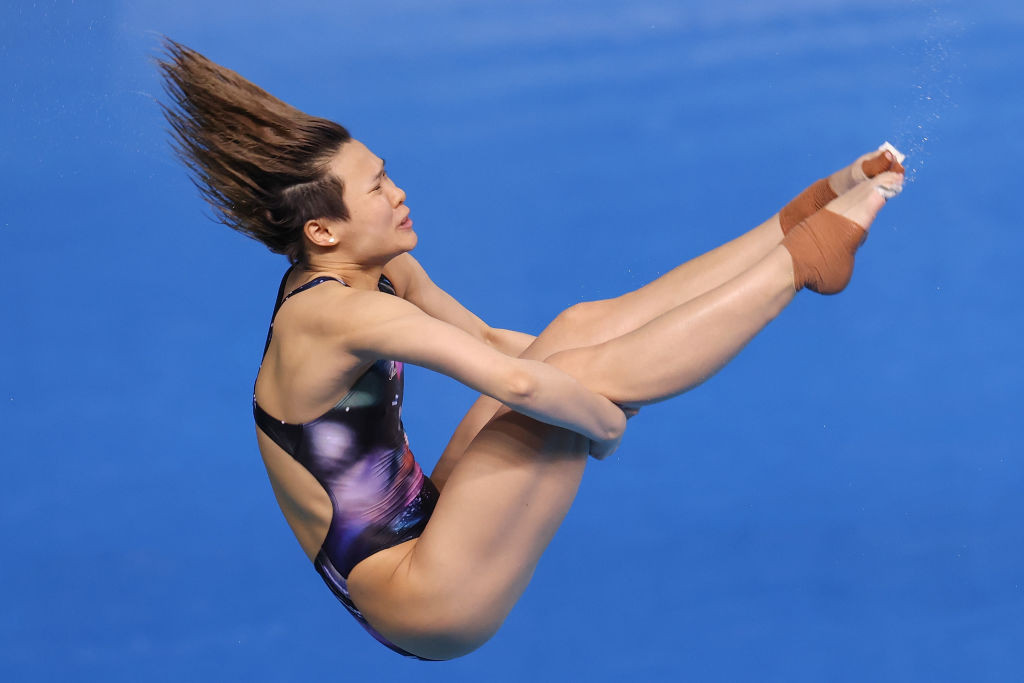 The Chinese diving team are red-hot favourites to claim the first gold medal of the diving competition at the delayed Tokyo 2020 Olympic Games tomorrow, when the country will bid for a 15th-straight major title in the women's synchronised three metres springboard event.

China has been the dominant force in the sport and anything but a victory for Shi Tingmao and Wang Han at the Tokyo Aquatics Centre will be a huge shock.

China is expected to win all eight gold medals in diving at the Games in the Japanese capital.

The Asian powerhouse claimed seven of the eight titles on offer at the 2016 Olympics in Rio de Janeiro.

Shi is aiming for a third Olympic title, while Wang is targeting her maiden gold medal at the Games.

China has won each of the past four Olympic crowns in the women's synchronised three metres springboard event and the last 14 titles at World Championships and the Games.

It is a winning run that stretches back to Sydney 2000, where Russia's Vera Ilina and Yulia Pakhalina took gold.

Jennifer Abel of Canada and her partner Mélissa Citrini-Beaulieu will be among those hoping to spring a major surprise.

"Rio wasn't a happy Olympics for me," said Abel.

"Finishing fourth two times in a week at the Olympics - it could be joyful for some, but for me, it wasn't because I was aiming (for) two medals.

"Usually I take part in two events - in synchro and individual - and usually I get one medal out of two.

"This time I was going back home without medals.

"I lost myself because I didn't know who I was as a person if I wasn't coming back with medals.

"But today I'm very happy that I’m able to see the bigger picture of my whole career, and medals (don't) define who I am."

Diving events at Tokyo 2020 are scheduled to conclude on August 7.