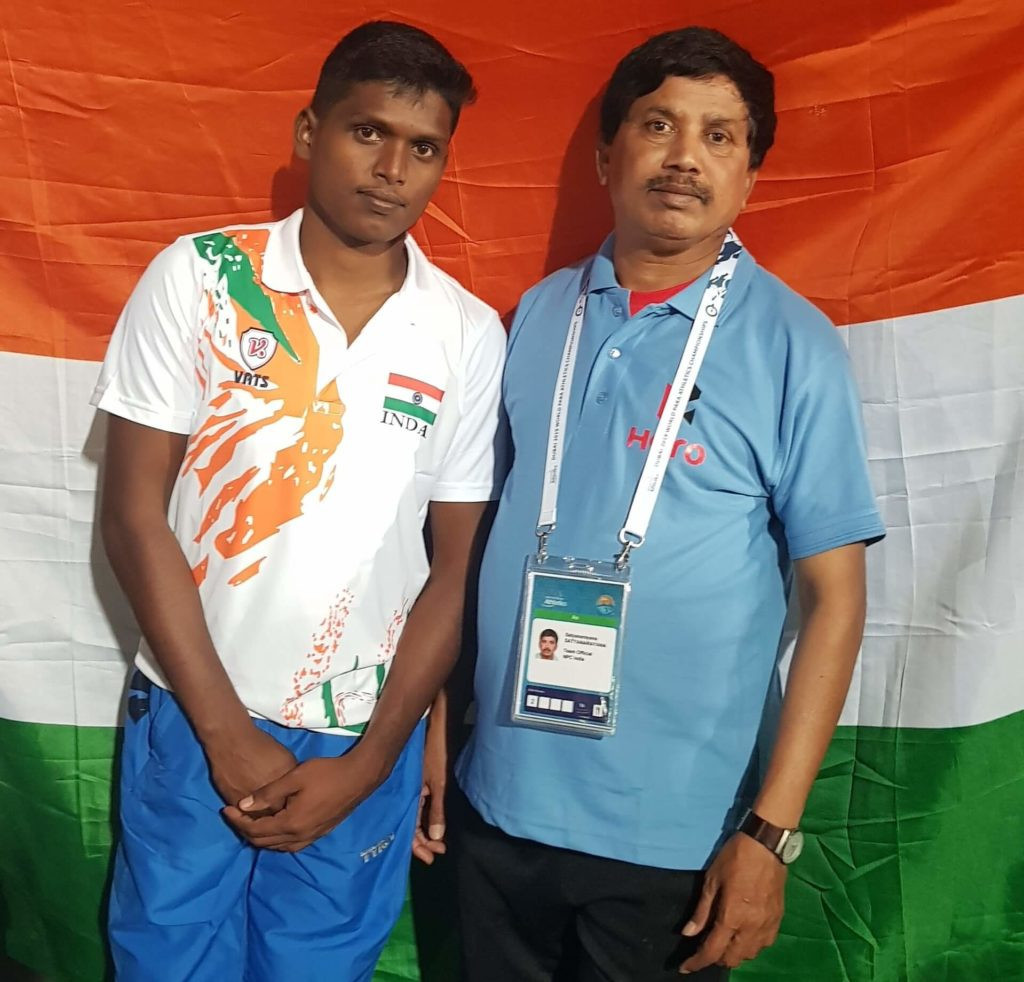 The Paralympic Committee of India has announced that Thangavelu will lead the country’s delegation into Japan’s National Stadium when it stages the Opening Ceremony on August 24.

Thangavelu was one of India’s four medallists at Rio 2016 and secured the first of the nation’s two gold medals at the Games, with Devendra Jhajharia grabbing the other in the men's F46 javelin throw.

The 26-year-old claimed victory in the men’s T42 high jump when he cleared 1.89 metres.

It was a memorable moment for Thangavelu who sustained permanent disability to his right leg when he was run over by a bus while walking to school.

Thangavelu booked his place at Tokyo 2020 when he finished third in the event at the 2019 World Para Athletics Championships.

The high jumper is now setting his sights on claiming a second Paralympic gold medal, as well as the world record which stands at 1.96m.

"A gold and a world record in Tokyo is my target and I think I can achieve it," Thangavelu told the Press Trust of India.

India held its athletics team trials last month where 72 athletes battles for a place at the Games.

Thangavelu was one of 24 athletes that were selected following the two-day trials.

He has previously held the role of flagbearer having taken on the responsibility for the 2018 Asian Para Games in Jakarta.

In 2017, a petition to prosecute Thangavelu in a murder case was filed in the Madras High Court in Tamil Nadu.

At the time, the petitioner claimed that after Thangavelu and his associates allegedly assaulted her 19-year-old son after he was found dead near a railway track in the district.

The alleged assault is said to have happened after Kumar accidentally rode his motorcycle into Thangavelu's new Mahindra car, damaging its door handle.