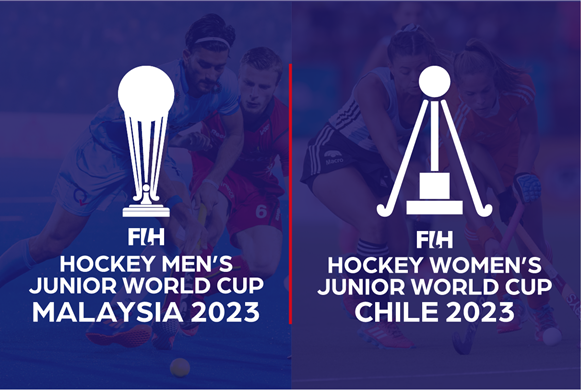 Malaysia and Chile have been awarded the hosting rights for the respective men's and women's International Hockey Federation (FIH) Junior World Cups in 2023.

The FIH Executive Board confirmed the two countries would stage the tournaments following a recommendation from its events bidding task force.

Kuala Lumpur is set to stage matches at the men's competition, while the women's event is scheduled to be held in Santiago.

The 2023 tournament be the third time the Men's Junior World Cup has been hosted by Malaysia, following the 1982 event in Kuala Lumpur and in 2009, when Johor Bahru co-hosted it with Singapore.

"It’s a stepping stone for athletes in their development to senior international hockey.

"Our thanks go to Malaysia and Chile.

Malaysian Hockey Confederation President Dato Seri Subahan Kamal said the organisation was "thrilled" to have won the bid for the 2023 men's event and promised it would work tirelessly to ensure the tournament was a "tremendous success".

Walter Krämer, President of the Chile Hockey Federation, also welcomed the decision from the FIH.

"While hosting a tournament is always a big responsibility, in Chile we have always seen it also as a development opportunity to showcase world-class hockey at the highest level at home in front of our fans, sponsors and media," he said.

"Bringing hockey's global finest athletes to Chile will surely become an inspiration for many more young boys and girls to start trying hockey as their sport, making hockey actually bigger in Chile and our region of the Americas."