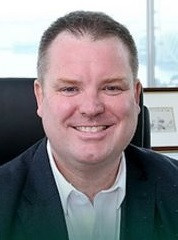 International Table Tennis Federation (ITTF) chief executive Steve Dainton has praised the efforts of the table tennis community as the sport seeks to negotiate challenges posed by the COVID-19 pandemic.

Dainton said the organisation was in better shape to handle challenges posed by the COVID-19 pandemic during a progress update.

He said the governing body was continuing to adapt to the circumstances, including the establishment of hubs to allow multiple events to take place back-to-back.

The challenge of launching World Table Tennis (WTT) amid the pandemic was highlighted, with Dainton thanking the Qatar Table Tennis Association and its President Khalil Al-Mohannadi for hosting a Middle East Hub.

Dainton said the WTT team was seeking to help deliver international events, with the hope for a full programme of competitions in 2022.

A WTT feeder series will reportedly be launched in 2022, offering a new tier of events for middle tier players.

Dainton said the ITTF has managed to achieve stable results in 2020 through "difficult and prudent measures", meaning the organisation is in a "much stronger position as compared to where it had been in the previous months."

However, Dainton acknowledged partnership sales had been affected.

"Partnership sales have been most challenging, given the uncertainty around the event calendar as well as the financial disruption the pandemic has caused most global companies," Dainton said.

"Ongoing discussions are being held with several potential partners and some new exciting commercial deals will be announced regarding our biggest markets as well as some up-and-coming regions in the coming weeks."

He said the ITTF will announce a new integrity officer position within the next month.

Tokyo 2020 and the ITTF World Championships in Houston will prove the governing body’s major upcoming events.

"Despite all the challenges and difficulties it took to get to this point, we are now confident that the Olympic Games will proceed," said Dainton.

"With only a few weeks left before the start of Tokyo 2020, our team is working closely with the International Olympic Committee to ensure the success of the table tennis event.

"As stated by the IOC, the success of the Olympic Games will help to restore hope and reunite the world, and our team will do its utmost best to ensure that table tennis will assist them in delivering it.

"Our team is working around the clock together with the local organiser and ramping up preparations in anticipation for the 2021 WTTC to be held in Houston, USA, in November.

"This marks an exciting moment in history, as it will represent the first ever WTTC in the history of the ITTF to be held in the Americas, the home of one of the biggest and most sophisticated sports markets in the world."

The ITTF Annual General Meeting will take place alongside the World Championships in Houston, after a legal challenge saw the event remain in the American city.

The meeting will feature the ITTF elections, with incumbent President Thomas Weikert facing the challenge of Sweden’s Petra Sörling for the role.

Further candidates may come forward, after disputes emerged in the leadership of the organisation.

Dainton said the ITTF administration would focus on delivering projects.

"With less than five months to the ITTF elections (scheduled during the 2021 Annual General Meeting in Houston at the end of the year), my strong message remains the same: elections and politics are for the politicians, and as professional staff, we remain focused on our projects and try to deliver as many activities and events as possible," he said.