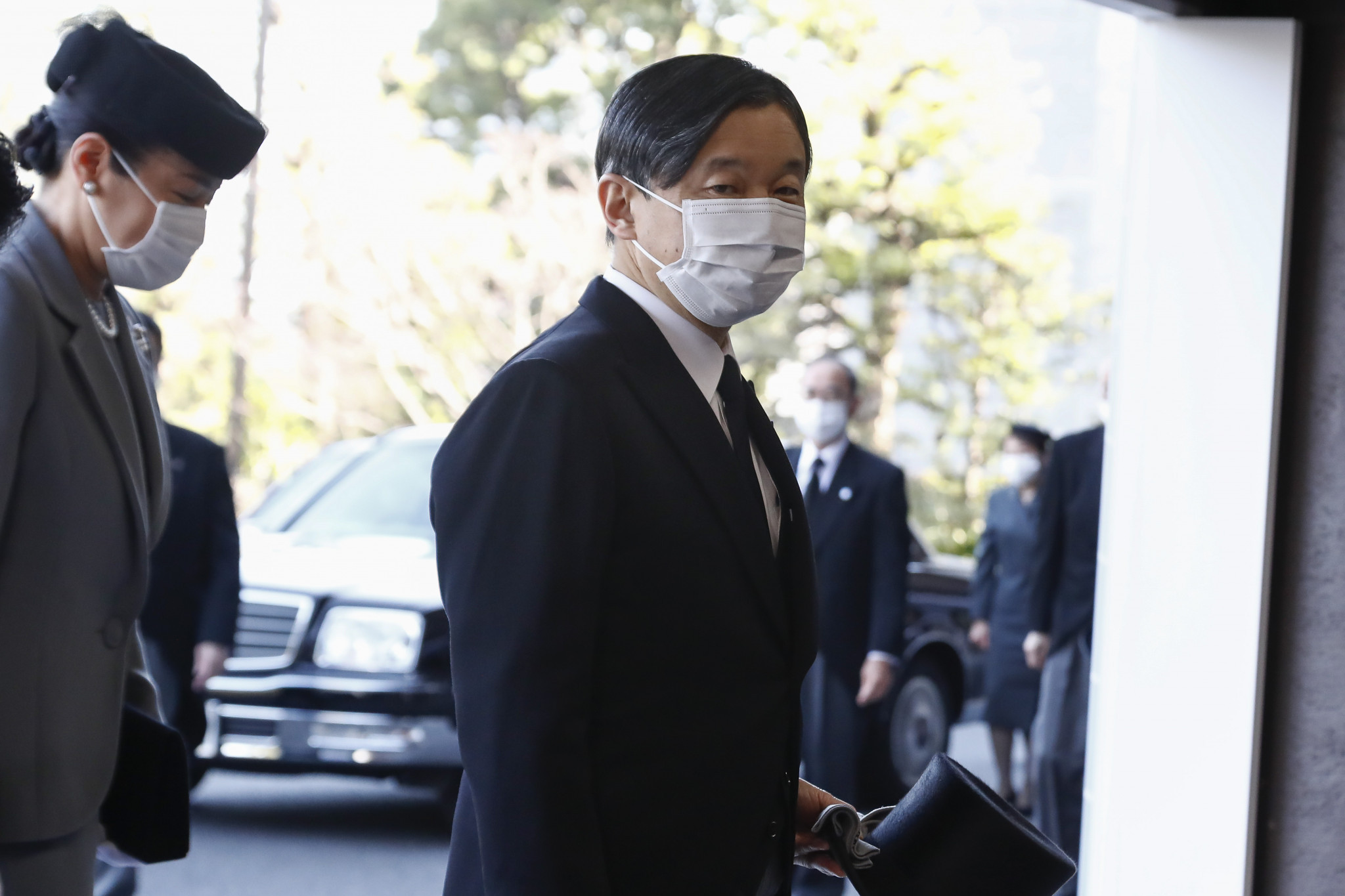 Japanese Emperor Naruhito has expressed concerns over the potential for the delayed Tokyo 2020 Olympic Games leading to a spread of COVID-19 cases in the host country.

Naruhito's comments came despite Japan being boosted by meeting a target of delivering one million vaccine doses in a single day.

Public opinion remains split in Japan over hosting the postponed Olympic and Paralympic Games during the COVID-19 pandemic.

The Yomiuri Shimbun newspaper found 50 per cent of respondents to a poll earlier conducted earlier this week are in favour of the Games taking place, with 48 per cent wanting the event to be cancelled.

The poll represented a boost in public support for Tokyo 2020, with opinions having largely been against the Games in recent months.

But Emperor Naruhito has admitted his concerns over hosting the Games, according to Japanese news agency Kyodo News.

"The emperor is extremely worried about the current status of coronavirus infections," Imperial Household Agency Grand Steward Yasuhiko Nishimura said, according to Kyodo.

"Given the public's worries, he appears to be concerned about whether the event would cause infections to spread."

Cases in the country have gradually declined since a peak in early May, when more than 7,000 infections were reported in a single day.

The decline contributed to state-of-emergency measures being lifted in several areas, including Tokyo, on Sunday (June 20).

Tokyo and other prefectures are under "quasi-emergency" status until July 11, with local restrictions in place.

Up to 10,000 domestic fans will be able to attend events at the Games in Tokyo despite warnings from health experts.

Capacity will be set at 50 per cent for all venues at the Games, and 10,000 fans will be permitted providing it does not exceed that limit.

Organisers have warned, however, that further restrictions could be placed on spectator numbers if any other measures or a state of emergency is introduced because of the coronavirus crisis at any time after July 12.

The speed of the rollout has gathered pace with the latest Japanese Government data revealing that one million doses have been administered in four consecutive days, meeting a target set by Prime Minister Yoshihide Suga.

The target was achieved on five other days earlier this month, accounting for lags in data.

The total number of doses given to date is reported as being 35.7 million, with 25.5 million given to members of the public, where the elderly have priority.

A total of 10.2 million have been administered to healthcare workers.

Around 11 million people are believed to have received both doses, representing 8.7 per cent of the Japanese population.