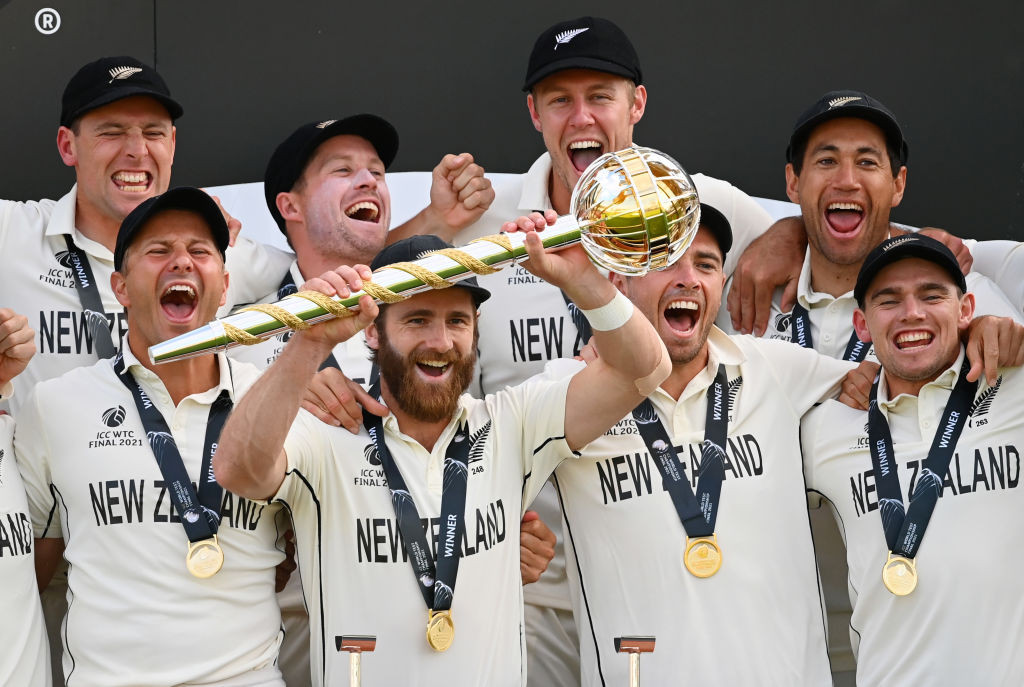 Following the washout on the fourth day the match was extended by an extra day to enable the possibility of a result and the Black Caps took full advantage as they dismissed an Indian side that had resumed at 64 for two, 32 ahead, and swiftly completed what could have been a difficult chase of 139 runs.

It was the best possible turnaround for a side that had been beaten by the narrowest of margins by England at Lord’s in the 2019 World Cup final.

In front of around 3,000 socially-distanced spectators, Kyle Jamieson struck early for New Zealand as he removed the Indian captain Virat Kohli and Cheteshwar Pujara before the lead had passed 40.

Rishabh Pant gave India hope with an effort of 41 but then skied a catch to Henry Nicholls.

Pant's departure was followed by the loss of the last four wickets for 14 runs to finish on just 170.

New Zealand lost their opening batsmen Tom Latham and Devon Conway with more than 100 runs still to be found, but their captain Kane Williamson and the experienced Ross Taylor stepped up to guide them home to a historic triumph.

Williamson, who survived an lbw claim when on one, finished 52 not out and Taylor, put down on 27 by Pujara, was unbeaten on 47 as New Zealand reached 140-2 to earn their first victory in a major global tournament with seven overs left.

India qualified for this final by finishing top of the points table ahead of second-placed New Zealand, but that counted for nothing on the day.

India had reached 217 in their first innings, to which New Zealand had responded with 249.

“There's been a lot of hard work gone into it.

"We never give up, there's a lot of heart in this side so it's very satisfying to look back together on what we've achieved over the last few years."

India’s captain Virat Kohli said: "This morning was the difference.

"The Kiwi bowlers executed their plans to perfection.

"They put us under pressure.

"We were 30 or 40 short to put them under serious pressure in the last innings."