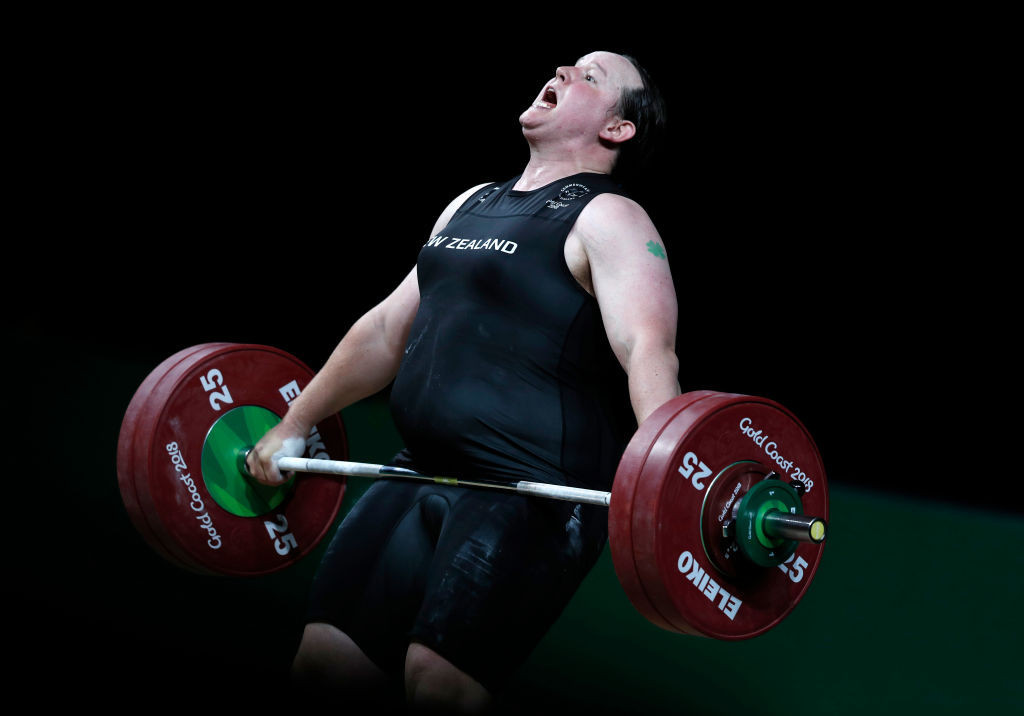 Laurel Hubbard says she will wear New Zealand’s silver fern with pride after being named in its weightlifting team for the delayed Tokyo 2020 Olympic Games.

Hubbard said she had been "humbled" by the support shown to her by the New Zealand public throughout her efforts to qualify.

She succeeded and, at the age of 43, will become the first transgender athlete ever to compete at the Olympic Games.

Hubbard's achievements have made her the most talked about weightlifter in the world during the past three years.

After transitioning at the age of 35 and competing at international level since 2017, Hubbard has won eight events.

She broke her arm during the 2018 Commonwealth Games in Gold Coast, Australia but recovered well and is a medal contender in the super-heavyweights in Tokyo.

She has remained silent throughout, in the media, though she did issue a statement to accompany the official announcement of New Zealand’s five-strong team.

"I am grateful and humbled by the kindness and support that has been given to me by so many New Zealanders," Hubbard said.

"When I broke my arm at the Commonwealth Games three years ago, I was advised that my sporting career had likely reached its end.

"But your support, your encouragement, and your aroha [affection] carried me through the darkness.

"The last 18 months has shown us all that there is strength in kinship, in community, and in working together towards a common purpose.

"The mana [honour] of the silver fern comes from all of you and I will wear it with pride."

When New Zealand's team meet the media at a conference in Auckland tomorrow, however, Hubbard will not be there while David Liti, Cameron McTaggart, Kanah Andrews-Nahu and Megan Signal will.

This is consistent with her attempts to focus on her training and preparation while refusing requests for interviews and comments.

Hubbard’s media duties in Tokyo could depend on her finishing position.

Had she not scored zero points in the first phase of qualifying, which began about six months after her injury in Gold Coast, Hubbard would have finished higher in the International Weightlifting Federation’s (IWF) absolute ranking list.

On points earned, she was seventh of the eligible super-heavyweights, highest of three lifters from Oceania who have qualified.

Iuniarra Sipaia of Samoa and Australia’s Charisma Amoe Tarrant, originally from Nauru, are the others.

On best total during qualifying, however, Hubbard is ranked third.

The Chinese favourite Li Wenwen is way ahead of her rivals but the battle for minor medals will be close.

Sarah Robles of the United States, a bronze medallist at Rio 2016, made a 290kg total in her first qualifying event, the 2018 IWF World Championships in Turkmenistan.

Hubbard’s best, 285kg, came at the 2019 IWF World Championships in Thailand, where she finished one place ahead of Robles in sixth.

Four of those who finished above Hubbard and Robles in 2019 will not compete in Tokyo on August 2.

Other contenders, on the numbers, will be Veronica Saladin of Dominican Republic, Lee Seon Mi of South Korea and Emily Campbell of Great Britain.

Scientific research has questioned the International Olympic Committee (IOC) rules that allow athletes who have undergone male puberty to compete in women’s events.

One of Hubbard’s super-heavyweight rivals, the Belgian Anna Vanbellinghen, stressed that she was supportive of the transgender community and recognised that "defining a legal frame for transgender participation in sports is very difficult since there is an infinite variety of situations, and that reaching an entirely satisfactory solution, from either side of the debate, is probably impossible".

But, Vanbellinghen said, "anyone that has trained weightlifting at a high level knows this to be true in their bones: this particular situation is unfair to the sport and to the athletes."

Kereyn Smith, chief executive of the New Zealand Olympic Committee, said: "As well as being among the world’s best for her event, Laurel has met the IWF eligibility criteria including those based on IOC guidelines for transgender athletes.

"We acknowledge that gender identity in sport is a highly sensitive and complex issue requiring a balance between human rights and fairness on the field of play.

"As the New Zealand team, we have a strong culture of manaaki [respect] and inclusion and respect for all.

"We are committed to supporting all eligible New Zealand athletes and ensuring their mental and physical wellbeing, along with their high-performance needs, while preparing for and competing at the Olympic Games are met."

Richie Patterson, President of the New Zealand Weightlifting federation, said Hubbard had shown "grit and perseverance in her return from a significant injury and overcoming the challenges in building back confidence on the competition platform".

"Laurel is an astute student of the sport and technically very good," Patterson added.