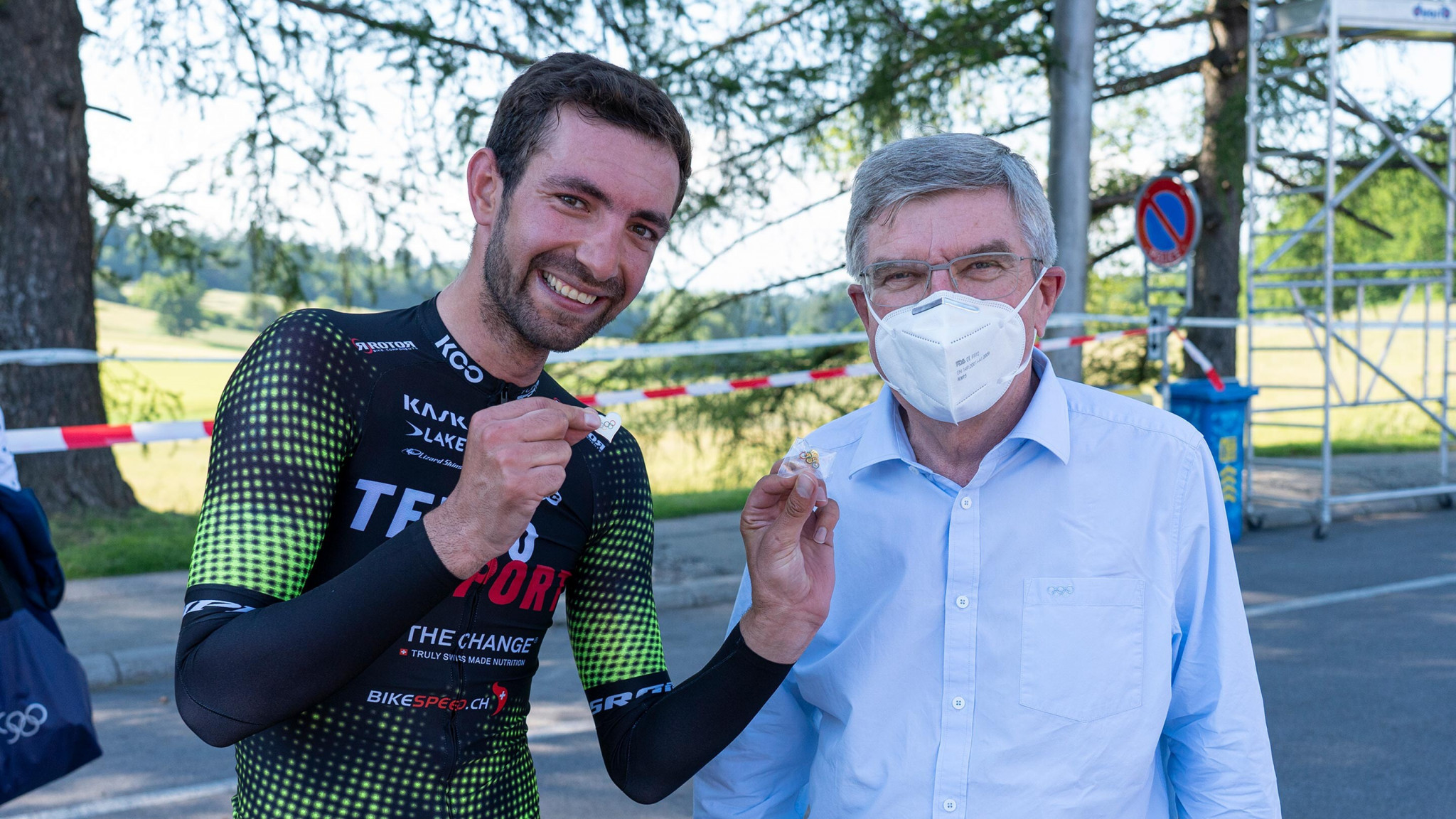 Bach met Badreddin Wais, among the 29 athletes set to compete on the EOR team at the delayed Olympic Games in Tokyo, at the event.

The EOR team, which features athletes from 13 National Olympic Committees and spans 12 sports, was announced by the IOC earlier this month.

"To give you the last push for the Games before you meet up with all your team mates in Doha."

Wais was born in Syria but fled the war-torn country in 2014, eventually gaining refugee status in Switzerland.

He was among the athletes who were considered for the first Refugee Olympic Team at Rio 2016 but was not selected for the squad.

Wais thanked Bach for attending the event to support him.

"Today’s race was good preparation for the Games," he said.

"That you are here pushing me for Tokyo meant a lot to me."

Members of the EOR squad are scheduled to gather for the first time as a team at the Aspire Academy in Doha on July 12 and 13, before they fly to Tokyo the following day.

Today marks World Refugee Day, organised every year on June 20 by the United Nations to celebrate refugees and displaced people across the world.