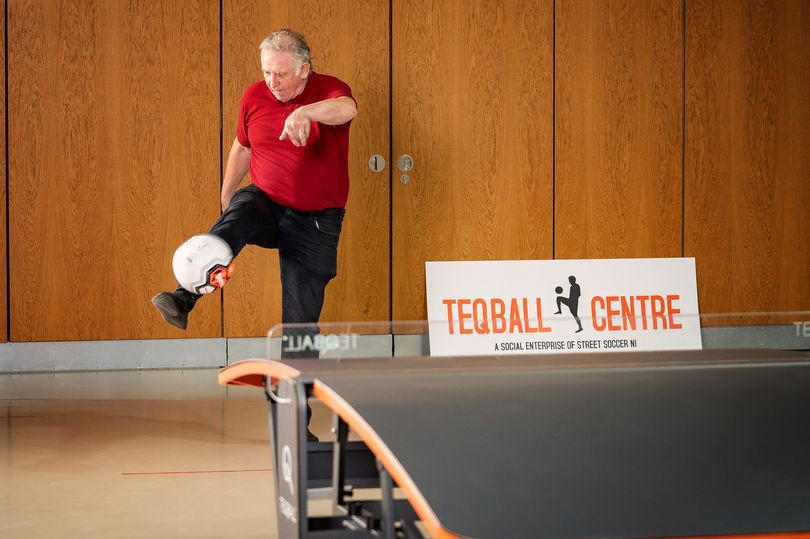 A new Teqball Centre has been opened in Northern Ireland by a social enterprise that uses football to help people with issues such as homelessness, addiction, unemployment, mental health and social marginalisation.

The new Centre in Belfast was launched by former Northern Ireland footballer Gerry Armstrong, best known for his performances at the 1982 FIFA World Cup in Spain when he scored the goal which beat the hosts 1-0.

It is the latest initiative by Street Soccer NI, a registered charity which uses football as an opportunity to engage people, especially those facing social problems.

Street Soccer NI believes that the new Teqball Centre will prove a popular addition to its portfolio.

"It is an exciting development for the new sport, suitable for professional footballers and amateur enthusiasts.

"It’s already popular with our Street Soccer players and I know others will enjoy the game."

"It is great to see this new sport begin to take off in Northern Ireland," the 67-year-old former Tottenham Hotspur and Watford player said.

"It’s an innovation that can only help with skill and technique.